My father’s travels ended in 1980. We came back to live the Iran-Iraq war. Zinnah, my sister, was a child of ten when she attended the Dijla (Tigress) Primary School. One day she returned to ask my mother, “Are we Sunni or Shooyouii (Arabic for Communist)?” a word she had most probably picked up […]

2,500 US known dead, give or take a corpse or two  Untold tens of thousands of Iraqis. A new and more repressive crackdown in Iraq’s capital city titled, rather lamely, Operation Forward Together.  No Iron Fist this time.  No Desert Storm.  Just Forward Together into the fog or perhaps the abyss.  No one really seems […]

I watched the World Cup match of Iran and Mexico — two peoples with whom Washington is at odds! — on 11 June, with my Iranian friends (mainly men).  So I adopted Iran as my team for the day. Knowing little about Iranian footballers, before the match began, I told my friends to point out […] 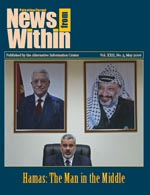 I. The New Israeli Left The new Israeli Left — Zionist and liberal — reinvented itself immediately following the 1967 war.1  During the 1948 war and its aftermath, the Zionist Left had difficulty in working out the contradiction between its socialist obligations to social and political justice and being an inseparable part of the […] The original Hebrew version of this article was published in Teoria ve-Bikoret [Theory and Criticism] 24 (2004): 203-211. I Two main processes have shaped the character of Israeli society in the past three decades: the privatization revolution and the perpetuation of the occupation.  The underlying interdependence of these two processes has comprised the political […] 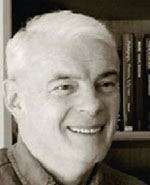 On June 2, a combined force of local, provincial, and federal police arrested 15 young Muslim men, including five minors, in the Toronto area.  Those 15, and two others who have been in jail since last August, are accused of plotting terrorist attacks on various targets in Ontario.  If convicted, they could be sentenced to […]

In one of her last essays published in the United Kingdom, the late Susan Sontag compared the pictures of tortured Iraqi inmates at the Abu Ghraib prison in Iraq with the photographs “of black victims of lynching taken between the 1880s and 1930s, which show smalltown Americans, no doubt most of them church-going, respectable citizens, […]

Former Senator and 1972 Democratic presidential candidate George McGovern‘s recent commentary on labor “The End of ‘More’” (Los Angeles Times, 22 May 2006), albeit apologetically, confirms that liberal orthodoxy is on the side of telling U.S. workers and working-class communities to quit struggling against the tide of “a new competitive reality.”  But whose reality is […] 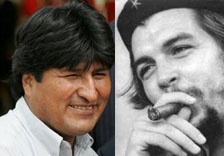 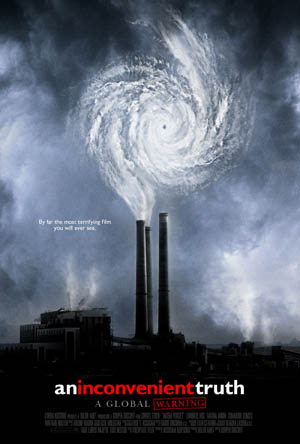 Last night, I saw Al Gore’s new movie, An Inconvenient Truth.  There is much to like in this film, not least its clear presentation of stark and convincing evidence about the reality of global warming.  But, as you might guess from knowledge of its star’s balsa-wood political career, this movie is a sheep in wolf’s […]

Real wages in the US rose during every decade from 1830 to 1970.  Then this central feature of US capitalism stopped as the figures below show: Source: Labor Research Associates of New York based on data from the US Department of Labor, Bureau of Labor Statistics; wages expressed in constant 1982 dollars. 1964 $302.52 1974 […] On May 26, 2006, a representative of the violent Iranian fugitives based in Iraq, known as MEK, addressed a forum  — an anti-war forum — sponsored by the liberal Fellowship of Unitarian Universalists in Berkeley, California, as he had done the year before.  Introduced as Ali Mirardal, the speaker lamented human rights abuses in Iran […] The emergence of Arab art in New York City has surprised many.  Most importantly, the Made in Palestine exhibit, which opened at the Bridge Gallery in March of 2006, drew large crowds.  The battle of bringing the show to New York, however, was no surprise.  Fearing a strong backlash from the pro-Israel community, galleries and […]

[Since the initial publication of this essay in The Electronic Intifada (6 June 2005), Mahmoud Abbas has set a date for a “referendum”: 26 July 2006; and Hamas has called for its boycott.  After an Israeli attack that killed eight Palestinian civilians in Gaza, Hamas ended the truce mentioned below that had lasted for sixteen […]

Australian troops are back in Timor.  But this time, their imperialist agenda is a lot more obvious. In 1999, the people of East Timor voted for independence from Indonesia.  The  Indonesian military and its puppet militias retaliated by wrecking the place and killing over 1,000 people.  Australian Prime Minister John Howard then sent in […] STRANGE LIBERATORS: Militarism, Mayhem, and the Pursuit of Profit by Gregory Elich (with Michael Parenti’s Introduction and Mickey Z’s Afterword)BUY THIS BOOK I first met Greg Elich more than two years when we were both speakers at the One Dance People’s Summit.  We’ve since become friends and I was proud to write the afterword for […] Watch Fanaa if it comes to a theater near you, out of solidarity with Aamir Khan if nothing else. Apparently, the BJP is angered by Khan, the handsome star of Fanaa (who plays Rehan Qadri, a Kashmiri boy who is serving in the Indian military but secretly working for the Kashmiri independence movement — Rehan […] 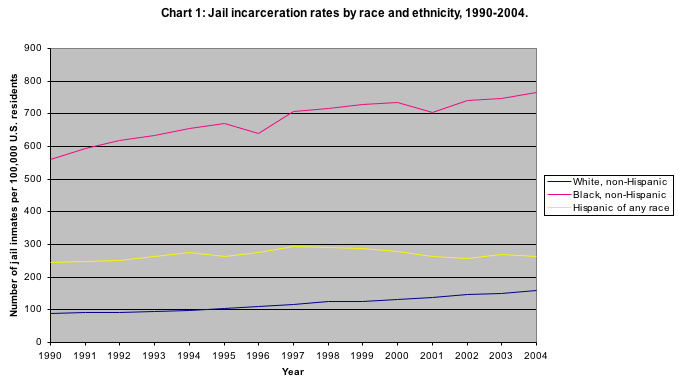 America’s most-watched TV crime dramas leave the impression that crime and punishment in the streets of America is an equal opportunity event.   Even cursory content analysis of the most popular shows indicates that the incidence of minority offenders is at (or below) the minority proportion of the population at large, while the number of minority […]