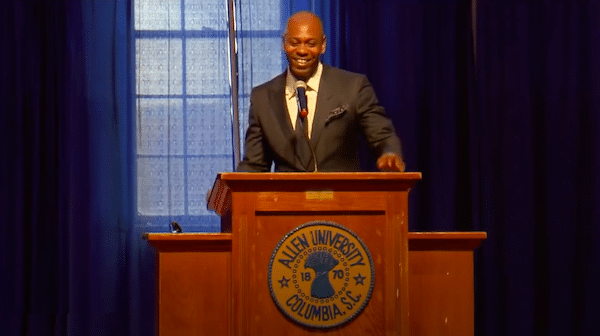 David Chappelle is an American stand-up comedian, actor, writer, and producer, best known for his satirical comedy sketch series Chappelle’s Show (2003 – 2006). Chappelle is the recipient of numerous accolades, including two Emmy Awards and three Grammy Awards as well as a Mark Twain Prize. Dave Chappelle is renowned for his ability to point out the underlying truths in society and bring humor to serious issues.