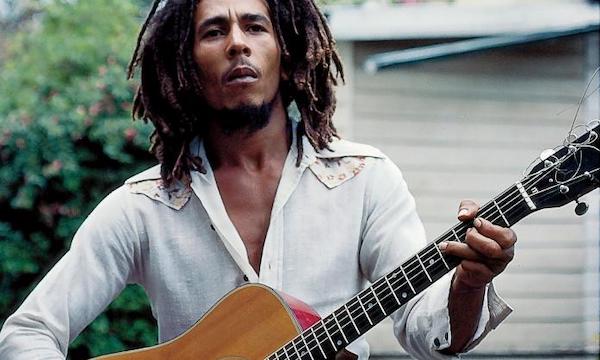 Forty years after his death, Robert Nesta Marley retains a unique position as possibly the only Third World musical superstar, widely known by millions of people around the globe. Given the depth of musical talent from Jamaica, not to mention that from other parts of the world, this needs some explaining. Timing, talent and ambition are certainly a large part of it, but so is the content of the music itself, which remains relevant.

The first Jamaican record to be an international hit was Millie Small’s mid-1960s cover of the R&B number “My Boy Lollipop”. Other hits followed for Jamaican artists such as Desmond Dekker, whose track “Israelites” was a number one in the UK in 1969 and made the top ten in the US. Dave Barker and Ansell Collins had a UK number one in early 1971 with “Double Barrel”. Toots and the Maytals likewise had significant success. Also bursting into international pop music recognition in the early 1970s was Jimmy Cliff, helped in no small part by the 1972 film The harder they come and its accompanying soundtrack.

All of these paved the way for Bob Marley’s phenomenal success, but his arrival had deeper roots. Marley was born in 1945 in Nine Mile, an isolated locale in the Hills of St Ann Parish in the north of Jamaica. More than 400 years earlier, Christopher Columbus, believed to be the first European to reach the island, spent a year at nearby St Ann’s Bay, and the Spanish crown subsequently granted to his family the whole island, which became a Spanish colony. The indigenous population was decimated, and African slaves were introduced. In 1655, the English wrestled Jamaica from Spain; slavery was intensified as sugar became the most important cash crop of the eighteenth century.

Another Jamaican to hail from St Ann was Marcus Garvey, born in the late nineteenth century into a deeply colour-conscious society. After much of the Atlantic slave trade had been abolished, Jamaica remained a society deeply defined by racism and its brutal past. Several uprisings had infused a deep sense of resistance. Roughly 90 percent of the population had African roots, but the darker one’s skin, the poorer, the more maligned and downtrodden they were likely to be.

Initially radicalised as a trade unionist, Garvey later found the Universal Negro Improvement Association, which grew into a mass organisation in the US in the 1920s. At the heart of Garveyism were the ideas of self-improvement, separatism, Black nationalism and pan-Africanism. Although his movement collapsed by the close of the 1920s, it was important and influential—inspiring among other things the emergence of Rastafarianism in Jamaica and the Nation of Islam in America, as well as the Australian Aboriginal Progressive Association.

The period before Marley’s birth in 1945 also gave rise to Jamaica’s labour movement—particularly among plantation workers and dock workers—and, in related developments, to what were to become the country’s two main political parties, the Jamaica Labour Party and the People’s National Party. In the period after World War Two, there were moves towards independence and increased opportunities for Jamaicans to migrate to the UK, the USA and Canada, where there was demand for their labour. Through the 1950s, the economy boomed on bauxite and tourism, and there were high levels of migration of poor rural Jamaicans to the capital, Kingston, where shanty towns developed.

Marley was caught up in this process with all the contradictions and opportunities it offered. When he was twelve, he moved to Trench Town, a Kingston slum, with his mother and his childhood friend and now stepbrother Neville Livingston (aka Bunny Wailer). Marley’s largely absent father had died when he was ten. In the early 1960s, Bob and Bunny formed a vocal group along with Peter Tosh (born Winston Hubert McIntosh), Beverly Kelso and Junior Braithwaite, known as the Teenagers, and later the Wailing Wailers.

This was at around the time that the Jamaican music industry was being born. While mento, a local folk style, had been recorded throughout the 1950s, towards the end of the decade local variations of rhythm and blues started to be flourish. American R&B tunes were popular on Jamaica’s sound systems, which regularly put on dances that ordinary people could afford—unlike the music played in tourist hotels—and had more kick and appeal than the timid offerings to be found on local radio. But radio stations from Cuba and Florida could also be picked up, and Jamaicans working overseas brought back records.

Jamaican folk traditions blended with rhythm and blues and jazz to give birth to what became known as ska, just as Jamaica gained its independence. Toots Hibbert, Jimmy Cliff and the Wailers all started out in this period.

Many musicians and singers also started to come into the orbit of the rebellious Rastafarians, blackheart men, who had moved into the slums of western Kingston after their community had been broken up and disbanded by the police. The interest in African identity, pride, expression and redemption was increasingly appealing. This was accelerated by the visit of Haile Selassie, the Ethiopian emperor, in 1966—a visit that Marley missed because he had briefly moved to Delaware, where his mother was living, to work in a car factory.

But the Wailers continued and recorded some of their artistically most satisfying records in the late 1960s for their own label, Wail ’N Soul ’M, as well as trying for international success. Most importantly, they teamed up with Lee Perry and his backing band to record a swag of material that was successful in Jamaica and formed the template for what Bob Marley was to go on to do with Island Records. One track that the Wailers recorded with Perry was “Small Axe”, both a political statement and a declaration of ambition:

If you are a big tree,

We are the small axe,

Sharpened to cut you down,

Ready to cut you down

All this music owed a debt to American soul and funk, and Curtis Mayfield and the Impressions in particular, while never sounding obviously like it. While first and foremost popular music, soul and funk also captured and conveyed much of the energy of the civil rights and Black Power movements in America, a political content not lost on Jamaicans.

But the Wailers never gained substantial popularity among Black Americans during Marley’s lifetime. Success, when it came, was initially through the old colonial connection of England. Indeed, the West Indian community in England was always an important market for Jamaican music and the music was important as a vital link back home. The music also found a broader audience outside of immigrant communities in the UK.

In the England of the 1970s, it became an important statement against rising levels of racism, racist violence, and police harassment. The children of immigrants found that they were not prepared to be as demure as perhaps their parents had been, and the music spoke to that need for Black pride against the daily injustices and exclusions of life in England.  This is the context in which Marley broke through to a mass audience. Island Records marketed the Wailers’ music to a crossover audience of white rock and pop fans, while largely retaining its integrity and the group’s harder-edged rebellious streak. The first album opened with “Slave Driver”:

Slave driver, the table is turned

Catch a fire, so you can get burned

Slave driver the table is turned

Every time I hear the crack of a whip

I remember on the slave ship

How they brutalised our very souls

Today they say that we are free

Only to be chained in poverty

It’s only a machine that makes money

The second album was even less compromising, with songs like “Get Up, Stand Up” and the opener, “Burnin’ and Lootin’”:

This morning I woke up in a curfew

Oh God, I was a prisoner too

Could not recognise the faces standing over me

They were all dressed in uniforms of brutality

How many rivers do we have to cross

Before we can talk to the boss?

All we have got, it seems we have lost

We must have really paid the cost

That’s why we’re gonna be

Burnin’ and a lootin’ tonight

Bunny and Peter left the group after the first two albums with Island Records, while Bob continued, in musical historian Klive Walker’s words, as “a social activist, a skilled and gifted song writer, and a capable band leader”. (Bunny passed away in March this year, leaving behind a worthy catalogue of material, including an incredible album, Blackheart Man. Peter, who was better known and probably more successful than Bunny, had a forceful personality and a militant disposition. He was murdered in a home invasion on 11 September 1987.)

Marley didn’t compromise on lyrical content, which often remained rebellious and political and was understood as protest music, mixed with more straightforward love songs. His Rastafarianism was not straightforwardly progressive, but he forcefully projected anti-racist and anti-imperialist ideas, against the hypocrisy of the rich and powerful, full of empathy for the downtrodden:

Hard rock was my pillow too

Your feet just too big for your shoes

I’ve been down on the rocks so long

I seem to wear a permanent screw …

Marley also made clear his opposition to apartheid and his support of the African liberation movements, playing, for example, the Independence Day concert in Zimbabwe in 1980.

Until the philosophy which hold one race superior

That until there no longer

First-class and second-class citizens of any nation

Until the colour of a man’s skin

Is of no more significance than the colour of his eyes

By this stage, his music had reached significantly beyond England to gain a truly global audience. And the audience only grew following his death from cancer in 1981. The compilation Legend had sold more than 12 million copies by the late 1990s and the material that Marley recorded for Island Records has never been out of print. Increasingly, his image has become softer, more mystical and more revered, and it has been exploited in every conceivable superficial commercial way.

Old pirates, yes, they rob I

Sold I to the merchant ships

Minutes after they took I

From the bottomless pit

But my hand was made strong

By the hand of the Almighty

We forward in this generation

Won’t you help to sing

These songs of freedom?

’Cause all I ever have

Many Jamaican artists benefited from Marley’s success, but even the most successful and talented never reached the same heights of mainstream success or became household names in his wake. Marley’s death also coincided with a change in Jamaica’s political fortunes, with the hopes and radicalism of the 1970s dashed, and the music moving to the more day-to-day concerns of the dancehall. While there’s no great wall between the roots music of the 1970s and the music that came after it, the broader audience steadily dropped away without ever disappearing. For many, Bob Marley remained synonymous with the rebellious spirit of reggae, an island left as the tide went out.