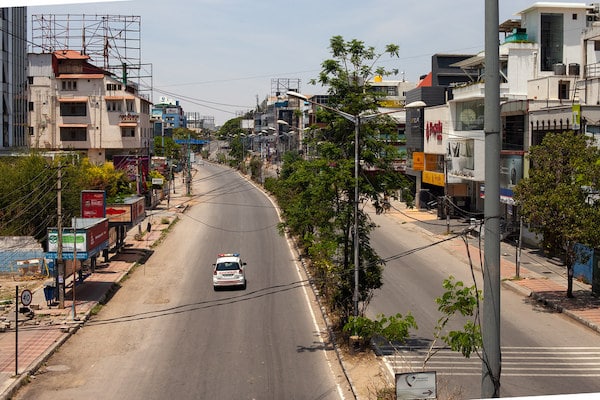 ON March 24, 2020, Narendra Modi had announced that the country would go into a lockdown after four hours! This nation-wide lockdown was to last till the end of May, after which there were local lockdowns but not a general one. It brought acute hardship to millions of the working poor, among whom the migrant workers’ woes received global attention. What was striking about the Indian lockdown was that, in contrast to virtually everywhere else including the U.S. under Trump, no compensation was offered to the people (except paltry amounts to a few specific target groups) for their loss of incomes because of the lockdown. They were pushed into a situation of income loss, destitution and hunger, from which they had not recovered even months after the lifting of the lockdown.

This phenomenon of non-recovery is documented by a survey called Hunger Watch carried out by several civil society organisations which undertook a survey in October. This is not a survey based on any representative sample; nor does it record any statistics of expenditure. It just asks people, chosen because of the organisations’ access to them, about their own impressions. And these impressions are revealing.

More than half (53.5 per cent) of the nearly 4000 respondents reported that their household consumption of rice and wheat had gone down in October compared to March. The percentage reporting a decline in household consumption of pulses, green vegetables, eggs and meat was even higher. This is consistent with the other finding of the survey that over 62 per cent of the respondents felt that there had been a decline in the household monthly income between before the lockdown and October. It is because of this that there had also been an increase in the labour force participation rate compared to before the lockdown: more people were forced to join the labour force looking for work owing to their worsening material conditions.

It may be argued that the sample of respondents is not representative, because of which no general conclusions can be drawn from such findings. The important point however is that even if there is an increase in hunger because of the lockdown for some particular groups, then that itself is of great significance; in fact, Hunger Watch concentrated especially on vulnerable groups.

The other surprising finding of Hunger Watch is that the percentage of respondents reporting a decrease in consumption between pre-lockdown days and October, is larger in urban areas compared to rural areas. This is contrary to expectations. Typically, acute hunger and malnutrition are associated more with rural than with urban areas, just as poverty defined in nutritional terms has always been consistently higher in rural than in urban India. So, to find that the increase in hunger because of the lockdown was greater in urban India comes as a surprise.

There are two obvious answers to this puzzle. One is the absence of ration cards among the urban poor who were therefore denied access to the public distribution system. The other is the fact that the MGNREGS provided some support to the rural population in this period of acute distress, but the absence of any such scheme in urban India meant that distress was unmitigated and hence greater.

A number of important conclusions can be drawn from the Hunger Watch report. Because of the absence of almost any support during the period of lockdown, distress and destitution during the lockdown itself was inevitable. What is striking however is that this distress continued and remained acute even after the lockdown was over. The usual belief is that a lockdown disrupts production but when it gets lifted, production should get back to normal; but this, while valid if the working people’s incomes are maintained during the lockdown through fiscal transfers, is wrong when they are not, as in India’s case.

Suppose, to start with, that the working people’s incomes are maintained during the lockdown. Then their demand for foodgrains and other consumption goods does not go down; nor does their debt increase for maintaining their demand. And this demand is met by sellers through running down inventories of goods since production has come to a stop. Hence when the lockdown gets lifted and incomes flow to the workers from productive activities (eliminating the need for fiscal transfers), consumption demand remains as before; in addition, replenishing inventories adds to the normal level of demand, so that production would be even larger than before.

On the other hand if working people’s incomes become zero during the lockdown, then they have to cut back on consumption, and also borrow to meet this lower level of consumption. And when the lockdown gets lifted, even if we assume that production recovers to the earlier level, demand will be less because what the working people had borrowed has to be paid back with interest from their incomes. Demand therefore does not recover to the old level (until the debt has been repaid).

For this very reason however, production, which responds to demand, will itself never get back to the original pre-lockdown level. The economy then never recovers fully to the old level of production and consumption. Not only do the people suffer distress, because their incomes remain depressed and their debt burden increases even while their consumption remains below what it was before the lockdown, but the economy’s recovery remains truncated.

Both economic recovery and alleviating economic distress therefore require the maintenance of incomes of the working people through fiscal transfers during the lockdown. The Modi government in its utter mindlessness not only did not do this, but brought the incomes of the large bulk of the working people to zero. The Hunger watch findings are important precisely because they establish its consequences.

It is far better however to stimulate the economy, not through infrastructure projects but by giving direct cash transfers to the working people even after the lockdown is over. And the amount of transfers must be such that at the old level of output the incomes generated for the working people from productive activity plus the fiscal transfers to them, together match the old level of consumption expenditure plus their debt-cum-interest payment. Only in such a case can the economy get back to the old level of output. In other words, not making such transfers during the lockdown leaves its imprint later as well: transfers have also to be made after the lockdown if recovery is to be stimulated.

Giving cash transfers is a better way to stimulate recovery because, apart from alleviating distress, such transfers also get spent on simple domestically produced goods with lower import content; this generates, per unit of government expenditure, larger home demand and hence output and employment.

Government expenditure in this context must not be taken to mean what is required for giving free foodgrains to workers. Free foodgrains, though beneficial, do not stimulate the economy at all, since their distribution is effected by decumulating FCI stocks. It is the cash transfers over and above this which have the effect of stimulating the economy. The opposition leaders’ letter to the PM had demanded Rs 6000 per month of cash transfers per household to all jobless. Even assuming that every working household in the country gets this much for a period of three months, the total expenditure would come to less than 2 per cent of the GDP, which is perfectly manageable.

The Modi government however is as timid as it is mindless. It persists with its fiscal conservatism even when the economy is in acute crisis and people are in acute distress.