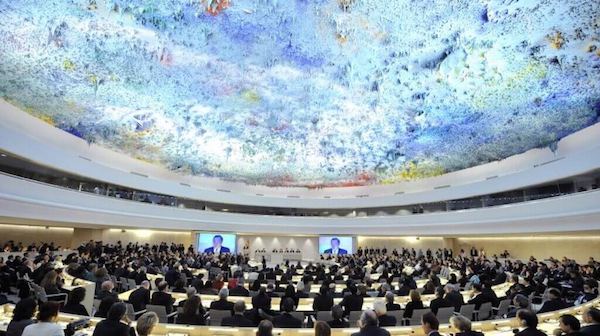 The May 27th vote of the UN Human Rights Council to establish an ongoing commission of inquiry to report on rights violations in Israel, the occupied West Bank, East Jerusalem, and Gaza Strip is very similar to the many commissions that have come before. Established with a majority vote in favor of Resolution A/HRC/S-30/L.1, this commission reaffirms state responsibilities to protect human rights and international humanitarian law as the bases for peace.

The UN and other international coalitions have launched dozens of previous similar commissions. Many have been prompted by an uptick in spectacular violence in the Gaza Strip. This latest commission comes in response to eleven days of  Israeli attacks on the Gaza Strip, which began on May 10, killed at least 253 Palestinians, including 66 children, and wounded more than 1,900 people, with 13 people killed in Israel. Among other recent UN investigations was one in 2014 and another in 2009, known as the Goldstone Mission, which investigated the 2008–2009 fighting in the Gaza Strip that left some 1,400 Palestinians dead.

Unique to this most recent commission, however, is the context in which it has emerged, marked by a resurgence of international legal and activist efforts to challenge Israel’s systematic abuse and dispossession of Palestinians across the occupied Palestinian territories, Israel, and the diaspora—including efforts among Jews. Although a UN commission on its own can do little to change Israel’s actions, within today’s shifting social and political dynamics, it can play a role in coalescing attention and mobilizing meaningful action to stop and reverse Israel’s settler-colonial project.

In specifying that this investigation should collect evidence of violations “to maximize the possibility of its admissibility in legal proceedings,” the text of this latest UN resolution points to one important new contextual factor. Namely, that the International Criminal Court (ICC) decided on February 5, 2021 that it has jurisdiction over the occupied Palestinian territory, allowing the Prosecutor to investigate war crimes and crimes against humanity that have taken place in the occupied Palestinian territory.

In opening last week’s special session in Geneva, Michelle Bachelet, the UN High Commissioner for Human Rights, referred to Israel’s attacks on Gaza this month as possibly constituting war crimes. Attention to possible war crimes also was central in the Goldstone Mission findings and the report of that commission focused on ending impunity. Although, as I note in my book, A History of False Hope: Investigative Commissions in Palestine, this marked a turning point in the international legal language used to analyze the Israeli-Palestinian conflict, but it did not lead to actions to end Israel’s impunity. Residents of the Gaza Strip continue to suffer life under restrictions and siege imposed since the 1990s and intensified in 2007, maintaining this sliver of land as an open air prison for the 1.8 million Palestinians who live there. If this latest commissions of inquiry does “identify, where possible, those responsible, with a view to ensuring that perpetrators of violations are held accountable,” the ICC may be able to make use of that evidence.

The groundswell of analysis identifying Israel as an apartheid state is a second crucial distinguishing element of the world into which this commission is being born. Issued in April 2021, the report by the international human rights NGO, Human Rights Watch (HRW), condemned Israel for committing the crimes of apartheid and persecution. It is just the latest in a string of similar reports. In 2017, ESCWA, a UN body, issued a report on Israel’s apartheid practices against Palestinians. Many Palestinian organizations have been part of this chorus, too. In 2019, eight Palestinian, regional, and international organizations, including Al-Haq, BADIL, and Addameer submitted a report to the UN Committee on the Elimination of Racial Discrimination, detailing Israel’s practices that constitute the crime of apartheid under international law. Like that of Human Rights Watch, the report in January 2021 by Israeli NGO B’Tselem suggests that international recognition of Israel as an apartheid state is going mainstream. Given that the new permanent Commission of Inquiry aims to investigate “all underlying root causes of recurrent tensions, instability and protraction of conflict” including “discrimination and repression based on national, ethnic, racial or religious identity,” we may be seeing more authoritative evidence of Israel’s crimes of apartheid leading to pressure on states to stop it.

Like what happened in response to South Africa’s apartheid regime, an international boycott movement has galvanized academics, activists, and artists in speaking out for freedom, justice and equality for Palestinians. BDS, the Boycott, Divestment, and Sanctions movement, is a third distinctive feature of today’s context. BDS promotes public education about Palestinians’ conditions while pressuring Israeli institutions to end their complicity with state oppression of Palestinians, and demanding that Israeli government comply with international law.

Beyond BDS, new solidarity actions have been notable, especially in response to the violence in May, including the International Dockworkers Council-IDC support of the Palestinian General Strike, actions by Israeli and Palestinian workers refusing enmity, and protest marches around the globe. More persistent dynamics suggesting an upsurge of diverse support for Palestinians include a revival of Black internationalism, Black Lives Matter, and other Black progressive groups re-energizing Black-Palestinian solidarity, statements supporting Palestinian rights by influential Jewish figures, and young liberal Jews’ alienation from Zionism and sympathy with Palestinian causes.

What is not new is Israel’s ongoing refusal to engage with international legal processes such as the commission of inquiry and the ICC—and U.S. efforts to shield Israel from scrutiny. The U.S. often justifies its rejection of international legal investigation of Israel with the claim that it would threaten progress in resolving the conflict. There has been no progress on this front for a very long time. If people of conscience take up the opportunity afforded by the latest UN effort to grow public awareness of Israel’s treatment of Palestinians, this might be that rarest of commissions that helps dislodge Israel-Palestine from the quagmire in which it has been stuck for so long.

Lori Allen is a legal anthropologist at SOAS University of London, and author of A History of False Hope: Investigative Commissions in Palestine and The Rise and Fall of Human Rights: Cynicism and Politics in Occupied Palestine (Stanford 2020, 2013).