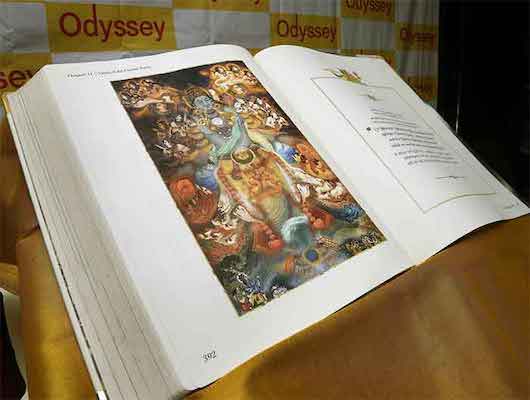 The Hindu right wing forces are planning for a while to make the Bhagavad Gita as a national scripture and access to absolute state power is allowing them to fulfil their long-time dream. The decision of the Gujarat government to incorporate the Bhagavad Gita within the school syllabus for Class-6 to class-12 students from 2022-23 academic year is a dangerous move. This announcement by Gujarat education minister Jitu Vaghani is against the ethos of the Indian constitution. It is an assault on reason, science and education. It is neither helpful for the school children in terms of growth of their critical faculty nor contributes to the creativity power of education in terms of its essentialist and emancipatory roles. These twin roles are central to educational curriculums in its institutional settings. The essentialist role of educational curriculum is to provide skills, tools and methods that increases the employability of students and responds to the immediate needs of society, people and planet. The emancipatory role of education is to discover one’s own ignorance and helps in understanding fellow human beings, animals and the planet. Education helps to analyse, understand and explain the conditions that perpetuate servitude.

The essentialist aspect of educational curriculums address the immediate needs whereas the emancipatory aspect of education helps both immediate needs and creates a sustainable foundation for achieving long term goals of individuals, societies and states. Education emancipates people from their narrow silos of caste, class, gender, sexuality and blind beliefs attached with social, cultural, religious and regional reactionary traditions. Educational curriculums are not designed to score marks and grades to seek a degree/qualification. Educational curriculums are designed to understand and explain the conditions of servitude created by patriarchal, feudal, commercial, industrial and digital capitalist system that domesticates individuals and their creative abilities and freedoms to serve its purpose. The purpose of capitalist system is to domesticate the labour power of individuals and communities to expand its empire of profit at the cost of people and the planet.

The religious education in all its colours serve capitalism by domesticating individuals, their labour power and their creative abilities. In this way, it creates religious and moral educational foundations where it controls labour, production and consumption; the three pillars of any economic system. The humongous growth of hunger, homelessness, health crisis, economic inequalities and poverty is a direct product of capitalism. These serious issues can’t be solved by capitalism as it creates them. As capitalism is facing its worst crisis in its history, it falls back on religious and reactionary forces to implement an educational system which develops compliant culture that never questions the power of capitalism and its fallibilities. The compliant culture is essential for the stability of capitalism in all its forms. The compliant culture also helps in sustaining the reactionary systems based on gender, caste, class, race and sexualities.

This is where the Bhagavad Gita plays a vital role both for the capitalist system and its religious cronies. The Gujarat education minister Jitu Vaghani said that the aim of his government is to introduce the values and principles enshrined in the Bhagavad Gita in school curriculums. The decision of the Gujarat government is concomitant with the central government led by Mr Narendra Modi, the poster boy of capitalism and Hindutva fundamentalism in India. Modi government’s New Education Policy recommends the introduction of religious and traditional scriptures within educational curriculums. Such attempts destroy the very foundation of education in terms of its essentialist and emancipatory objectives.  It even destroys the very foundation of Indian knowledge tradition that is based on knowledge that emancipates and enlightens (सा विद्या या विमुक्तये। Sa Vidya Ya Vimuktaye). By incorporating the Bhagavat Gita within school text, the Hindutva fundamentalists and their governments are destroying the didactically diverse knowledge tradition that challenges the Eurocentric knowledge traditions based on Descartean duality. Therefore, the Hindutva forces have always celebrated Eurocentric philosophers while justifying importance of the Bhagavat Gita. Mr Narendra Modi recalls German philosopher Arthur Schopenhauer to argue the significance of the values of the Bhagavat Gita.

The Bhagavat Gita and its poetic qualities are undeniable truth. It is a beautiful work of mythical literature. People can read it like any other literature and religious mythology. People can use it as their spiritual and religious text and practice it as they wish. But it has no place in the curriculum for school children. The values, principles and philosophies outlined in the Bhagavat Gita helps in outsourcing the systematic failures of governments and their crony capitalist systems. It creates a structure of internal causation where nothing is external to individuals and their commitment to work and devotion without expectations. If the Karma theory would be so true, it would not be the TATAs, Ambanies and Adanies of the world to prosper but the women, Dalits, indigenous communities and working classes of the world would be the richest people. The planet would be more egalitarian and harmonious. Therefore, the father of Indian Constitution, Dr Bhimrao Ramji Ambedkar was critical of both Hinduism and Bhagavat Gita which perpetuates caste based Brahminical Hindu social order within its hierarchical structures of power and its underlying justification for inequalities of lives, liberties and properties.

The Bhagavad Gita and its monolithic philosophical outlook domesticates people, their present and future to seek emancipation in next life. Next life is exactly like American dream which lacks any form of material and spiritual foundation in reality. It is like any other advertisement for selling commodities in the market. Good Karma (duty) and Dharma (religion or righteousness) which can provide Artha (wealth/power/fame) and be achieved through Bhakti (devotion). These four steps can provide the basis for Gyana/Vidya (knowledge) for the realisation of the ‘self’ and the ‘other’ which can lead towards Punarjanma (reincarnation). But the final goal is Moksa (deliverance or salvation) or Nirvana (free from the cyclic process of birth and rebirth. This is the state where human body/life unites/reunites with the supreme soul; the god). The final goal can be achieved by following the steps of Karma, Bhakti and Dharma. Such myopic ideas domesticate people as individuals and communities in such a way that the British colonialism wanted to translate and distribute the Bhagavat Gita among the common masses. The ideals of Bhagavad Gita creates a culture of compliant which is concomitant with the requirements of ruling classes and their capitalist cronies. Therefore, the Hindutva fundamentalists are trying to use this pan Indian text in educational curriculums.

The young minds in the schools and the adult minds in the colleges and universities need the freedom to study whatever they like to understand themselves and realise their goals in life. Freedom to study is central to realise one’s own creative potentials. The state and governments have no roles to shape the minds of people in a direction of darkness and unreason. The central logic of the Hindutva politics is to let markets be free but domesticate individuals and govern their minds to comply with the state, government and their capitalist social, political and economic cultures. Let the academicians and researchers shape the educational curriculums within the framework of Indian constitution which promises its citizens right to have scientific and secular education. This is the only way, educational curriculums can serve its essentialist and emancipatory roles by fulfilling the needs and desires of people and the planet.