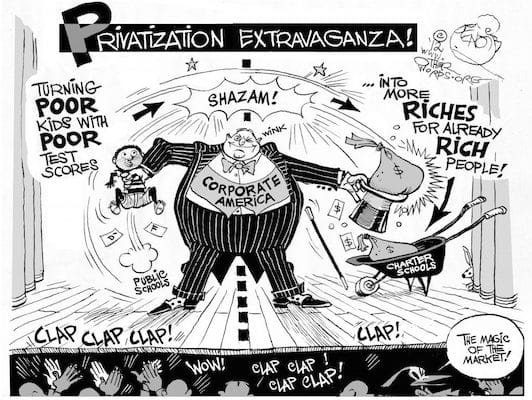 It’s like claiming that “classical music is better than popular music,” or its converse that “popular music is better than classical music.” Neither statement can be measured nor proven because both statements are simply a matter of taste. What’s there to argue? It all depends on the person you ask. Or chocolate tastes better than vanilla because, well, it just does because it’s so self-evident that it doesn’t need proving, which is also the fallacy of the “self-evident truth.” You cannot prove a value judgment because you’ll have those on both sides who know that they’re right, when it’s simply subjective.

How do you measure things like faith, hope, and love; kindness and mercy; ideals and yearning after the Infinite and all the other beautiful things that make life worth living? Without these things, no one could live and be human. Yet they cannot be measured since they are abstractions, but does that mean that these intangibles aren’t important?  In fact, some would argue that next to these things that cannot be measured, those things that can are quite trivial!

In other words, the entire basis of the Standardized Testing Industry, the justification for testing tens of millions of children yearly for almost two generations that has wrought havoc on American education, is based on a subjective, unprovable value judgment or an act of faith. Now, please, don’t misunderstand me. There is certainly nothing wrong with acts of faith. People make them all the time in church, temple, ashram, or whatever their house of worship may be.

However, in justifying a curricular innovation like standardized testing, which for decades has upended the American educational system, demoralized millions of students and parents, had principals and teachers fired because of low test scores, closed public schools which then reopened as charters, to which billions of tax dollars were diverted from public schools with no accountability and oversight, which led to many of these charters being shuttered for fraud,  you had better have something more than an unprovable value judgment or an act of faith to justify this train wreck! You had better have proof, of which there is none.

However, let us be frank. The real reason for mandating standardized testing was never about proof at all, but because there was money in it! It is, and always has been, nothing more than a grandiose pretext for annually scamming taxpayers of billions of dollars and giving those billions to testing companies, the Privatization Industry, and charters.

That said, charters spend precious little of those billions on students and teachers, and the lion’s share on administrators, investors, and “overhead,” as part of a carefully camouflaged right-wing agenda of destroying public schools and replacing them with charters, which forbid unions, detested by the GOP.

Why wasn’t the case for standardized testing ever publicly debated, but imposed from on high? Because there was no credible case to be made for it and, as everyone knows, it’s always better not to debate something publicly when you, too, will be exposed as a fraud.

Just savor the chutzpah of these testing companies and the Charter School Lobby causing billions to be funneled into their coffers with a special account for “Bribes” (a.k.a. “campaign contributions”) to compliant governors, members of Congress, and state legislators who had seen the light about this Educational Second Coming!

It was all about money with no regard for the colossal wreckage to public schools and the irreparable harm to millions of children. But when you’re scamming the public whom those politicians had taken an oath to protect while on the Charter Industry payroll, it’s always better not to look too closely into such legal niceties like perjury and embezzlement of taxes.

But, as lawyers know, when you have no case, it’s always good to smear your opponent–in this case, public schools where all those billions of tax dollars had been going until they too were smeared, so that those stolen billions could then be laundered by going to investors and charters.

Just imagine those billions fraudulently taken from public schools, with those responsible not even arrested, tried, convicted, imprisoned, or forced to make restitution for this colossal collusion of politicians and privatizers! Will there be televised trials to underscore the magnitude of this plundering of the public treasury to recoup those ill-gotten gains to reimburse public schools?  Or will it all be quietly swept under the carpet as business-as-usual in the Councils of the Mighty until the next assault upon public schools and their teachers?

Teachers must believe in what they are doing, but when they see themselves being made complicit in such mindlessness by preparing students for tests that do nothing but kill incentive for learning, many leave teaching, the profession they always loved until standardized testing was forced upon them.

Or when they see students racing to complete these tests because they just don’t care any longer, they see that this testing mania is creating a cynical regard for learning among children. It’s precisely this kind of brain-numbing busywork schools should be preventing, not aiding and abetting.

Schools should be about opening young minds, not closing them; about teaching critical thinking and critical reading that will make them wise beyond their years and protect them for the rest of their lives; about opening vistas to the vast riches of knowledge that will gladden their hearts, lift up their spirits and make their minds soar by learning a traditional curriculum, not filling in the right bubble on a standardized test.

Students should love to come to school where they can learn, grow, laugh, and be happy during the magical years of their childhood. Instead, they are being relentlessly tested, prepped, and tested again ad nauseam, so that the joy of learning and thinking for themselves are never experienced, just the incessant ingesting of facts in the inexorable drills of a Prussian parade ground.

Dickens skewered such “education” in his grotesque portrayals of Victorian schools in Hard Times, Nicholas Nickleby, and David Copperfield, where gargoyle schoolmasters like Gradgrind, Squeers, and Creakle are let loose upon children. The interminable mantra of “facts” heaped upon “facts,” the dogmatic incantations that only what can be measured is real and important and that all else is vanity and vexation of spirit–this pestiferous doctrine was unmasked for all times by Dickens as tragically destructive to impressionable children.

Such was the national fury at what innocent children were being made to endure that many of these schools were swept away overnight only to return in our own time by those who know nothing about learning, even less about children, but everything about making a profit!

A curriculum that knows nothing of the excitement of learning; that forbids children to be creative and curious; that favors rote learning to the magic carpet of reading to be spirited away to faraway realms of wonder and enchantment– all this has returned from the grave because these would-be reformers had never read their Dickens when young!

Every child is different, with different hopes, aspirations, and dreams. If we as a nation want our children to become what each of them could become if schools were  only given the means to foster those dreams, schools could fulfill this noble mission.

As the Good Book says, the Sabbath was made for man, not man for the Sabbath; so, a nation exists for the educational needs of its children, not children for the anthill-needs of a Corporate State with its own dark agenda.

Children are the immortality of a nation, which should be lavishing far more of its treasure on them and far less on its Pentagon budget of $733 billion for contracts with the Military-Industrial Complex, while 20% of its children go to bed hungry.

It is now clear to millions of parents across America that their children have been sacrificed to the Moloch of Standardized Testing and have “opted out” of having them relentlessly tested.

They have been outraged by the effrontery of Washington’s illegal intrusion into the classroom by mandating standardized testing, as well as government’s dismissal of their parental rights to have their children properly educated by qualified teachers who have given years of their lives to teaching in schools that have served our nation well for generations.

Parents and their children’s teachers brought pressure to bear on Candidate Biden, who promised to consign such testing to the dustbin of history, only to have a change of heart once safely ensconced in the White House!

President Biden now stands before a Faustian bargain of ominous import: either to serve the long-term educational interests of our children, a nation’s only real treasure, or to continue abandoning them to the tender mercies of the Standardized Testing/Charter School Complex only too willing to sacrifice them upon its grisly altar of Corporate Greed.