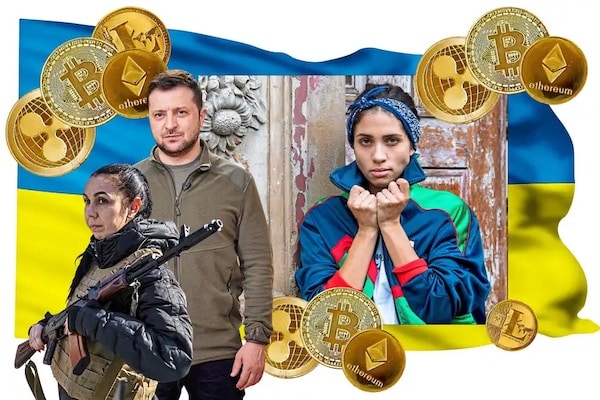 The meteoric rise of FTX

Major League Baseball struck a five-year deal in 2021 to name FTX as its official cryptocurrency exchange, a partnership that includes putting FTX patches on umpires’ uniforms.

The extraordinary collapse of FTX

Then the FTX collapse happened.

Within the span of a few days, FTX co-founder Sam Bankman-Fried—known in the industry as “SBF”—lost nearly all of his $16 billion fortune in what Bloomberg called “one of history’s greatest-ever destructions of wealth.”

On Friday, the Bahamas-based FTX was forced to file for bankruptcy after $473 million of its funds were stolen in a hack of the cryptocurrency exchange. Customers rushed to withdraw their funds, but it was too late.

Despite raising $2 billion, he remained the majority owner of the company. No investors joined FTX’s board of directors, which was made up of Mr Bankman-Fried, an FTX employee and a lawyer.

Before his cryptocurrency exchange collapsed, Bankman-Fried was a major financier of the Democratic Party.

SBF contributed more than $5 million to Joe Biden and groups supporting him during his 2020 presidential campaign. He said he was motivated by Biden’s ‘generic stability and decision-making process.’

Bankman-Fried gave Democrats nearly $37 million in the 2021-2022 election cycle, according to OpenSecrets. SBF was the second-biggest individual donor to the Democrats, only to be surpassed by $128 million from George Soros.

In May, Bankman-Fried said he expected to donate “north of $100 million” to Democrats in the 2024 presidential election, but vowed to have a “soft ceiling” of political spending of $1 billion if former President Donald Trump ran again.

SBF goes to the White House

The 30-year-old billionaire was able to gain access to a top Biden advisor weeks before he offered vast political donations to the Democrats.

The Washington Free Beacon reported that Bankman-Fried met with top Biden adviser Steve Ricchetti on April 22 and May 12, according to White House visitor logs.

Gabe Bankman-Fried—SBF’s brother who handles the billionaire’s political operations—visited the White House on March 7, according to the outlet.

SBF largely funded the Democratic Protect Our Future PAC that only launched in May 2022. SBF’s brother said the PAC was formed to “stop the next pandemic.”

In May, Gabe Bankman-Fried said of the Protect Our Future PAC,

If this is a weird crypto play, I certainly have not been informed about it. I want to stop the next pandemic. That is really my one and only goal here… I think over time, people will realize that.

Bankman-Fried’s mother is also a major fundraiser for Democrats

Bankman-Fried’s mother, Barbara Fried, is a Stanford professor, and has “written extensively on questions of distributive justice, in the areas of tax policy, property theory, and political theory.” She is also the co-founder of the Mind the Gap political action committee that was established in 2018 to help Democrats win elections.

Vox published a glowing article about Mind the Gap in January 2020 titled: “Inside the secretive Silicon Valley group that has funnelled over $20 million to Democrats.”

“What is also unusual is that Mind the Gap is led not by highly experienced political hands, but by academics with no professional backgrounds as fundraisers,” the Vox article reads.

The group’s leaders are a pair of Stanford law professors: Barbara Fried, who has no apparent campaign experience, and Paul Brest, the former president of the William and Flora Hewlett Foundation. Graham Gottlieb, a Stanford fellow who served in junior roles for former President Barack Obama’s 2012 reelection campaign and in his White House, is its executive director.

The FTX connection to the Ukrainian government and WEF

Curiously, the Ukrainian government launched a cryptocurrency donation website in March that was backed by FTX.

Aid For Ukraine is cooperating with the cryptocurrency exchange FTX which converts crypto funds received into fiat and sends the donations to the National Bank of Ukraine. This marks the first-ever instance of a cryptocurrency exchange directly cooperating with a public financial entity to provide a conduit for crypto donations. Earlier this month, FTX already converted $1 million worth of SOL and transferred it to the National Bank of Ukraine.

Bankman-Fried said at the time:

At the onset of the conflict in Ukraine, FTX felt the need to provide assistance in any way it could. By working with the Ministry of Digital Transformation to set up payment rails and facilitate the conversion of crypto donations into fiat currency, we have given the National Bank of Ukraine the ability to deliver aid and resources to the people who need it most. We are grateful for the opportunity to work with Sergey and the Everstake team as they continue to work tirelessly in helping Ukrainians as they suffer from this conflict.

The World Economic Forum (WEF) lists FTX as a partner and provided a link, to the exchange’s website. The original has been removed but here is an Archive Link.