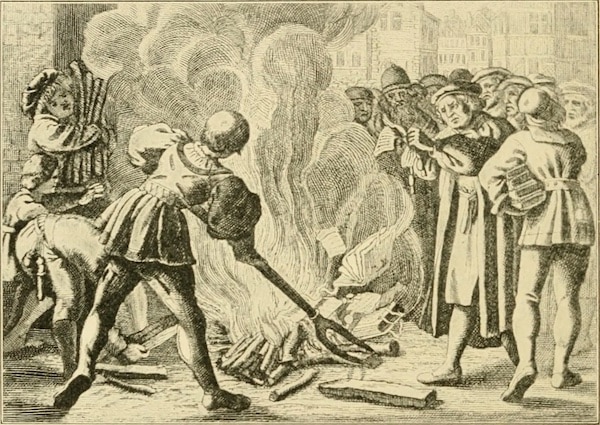 A disingenuous trend is reemerging, bastardizing concepts of “accessibility” to attack and suppress radical efforts at political education. The focus on consistent ongoing political education is shot down as disconnected from the needs of the people. But these critiques should be seen clearly for what they are: anti-intellectualism masquerading as a faux concern for the elusive “everyday person”. These are not genuine concerns for how people learn (ignoring the array of techniques like creating glossaries, audio recordings of written materials, visual aids or establishing group reading environments), these are attacks on the acts of learning and studying.

As an article in Studio Atao explains, anti-intellectualism is more than “mere hostility towards acquiring knowledge, or the byproduct of the lack of a formal education… it is a pervasive and popular mindset because it encourages us to cling to our most fervently held beliefs, with little or no supporting evidence.“

We are in the midst of a propaganda war. As such, the growing insistence on collapsing the structure and institution of academia with intellect and literacy (i.e. anyone who appears to be literate or “smart” are said to be beholden to the academy) feeds into anti-intellectualism, which mis-characterizes reading and study as elitism.

After years of this narrative, the intellectual dishonesty about the necessity of reading is firmly being spearheaded by supposed leftists and prominent progressive figures. In a Vanity Fair article, Alexandria Ocasio-Cortez remarked, “When people say I’m not Socialist enough, I find that very classist. It’s like, ‘What—I didn’t read enough books for you, buddy?’”. AOC weaponized anti-intellectualism to subvert any and all criticisms of her support of U.S. imperial aggression against sovereign global south nations decrying reading as a pastime of the elite and depicting foreign policy as too worldly for “the everyday person.”

The pushback against engaging theory is the summation that reading does not tackle one’s immediate needs under the primary contradiction of imperialism. Yet, books like Robin DG Kelley’s Hammer and Hoe: Alabama Communists During the Great Depression gives great detail to how sharecroppers with little to no formal education engaged Marxist theory. The Black Liberation Army Study Guide, written and studied by lumpenproletariat and poor working class African youth expounds on how to put theory into practice. What of the many African revolutionaries that have centered political education to successfully carry out revolutions like Amilcar Cabral, Samoa Machel, and Thomas Sankara? What of the expansion of a literate masses post-revolutions because it was centered in the “new society”, like in Cuba, Grenada and Nicaragua? Or the emphasis on literacy during the reconstruction period post civil-war that served as a catalyst for what would become the civil rights movement as detailed in Ibram X. Kendi’s The Black Campus Movement: Black Students and the Racial Reconstitution?

When 54% of U.S. adults 16-74 years old—about 130 million people—lack proficiency in literacy, reading below the equivalent of a sixth-grade level, the aggressive anti-intellectualism increasingly growing online and spilling over should be cause for alarm. Anti-intellectualism is not simply informed by reactionary opinions, but shapes, constructs and upholds the ideas of those in power—the ruling class—ultimately undermining new knowledge and new ideas as “irrelevant”. This ultimately undermines our organizing capabilities. It is a counter-revolutionary agenda being cloaked under  the language of “accessibility”. As a result of that rejection, there has been an ushering in of unprincipled and reactionary opinions all given validity because it’s how someone feels.

The distortion of “accessibility” is evident through the prevalence of political education via memes, as well. Online, slides of bright words on carefully picked colorful Canva app backgrounds or a sassy 69 seconds or less AAVE spouting breakdown of current events becomes a substitute for historical and dialectical materialism. Nothing needs to be cited, it just needs to be emotionally appealing. So one can engage in hashtag activism and make claims about nations in the crosshairs of western imperialism without providing anything more than thoughts and opinions on the matter. They are not required to make a full argument, provide primary sources or define anything.  But because it is made “accessible”, it is taken in as fact and spread around like wildfire.

It is a critical matter in organizing when aggressive anti-intellectualism is being normalized as radical a radical take. It speaks directly to our conditions as colonized Africans in the confines of the empire that applauds and encourages anti-intellectualism through a bogus colonial education system. It also speaks directly to the global north/ western chauvinism that is deeply embedded in this society of people who have never carried out a revolution, are nowhere near organized to carry out a revolution, very loudly opinionated on what it would take while refusing to read, study and engage revolution and its class characteristics. These actions are the remnants of a collectively non-literate people.

Surely colonized Africans have an understanding of their conditions to the extent that the U.S. is a racist nation and thus acts accordingly. What is not understood are the ways that a grounded political education expands on the U.S. not only being a racist nation, but a settler colonial one and what that means, how that manifests, and how we should organize to stop it. Logically, of course, one can understand that the pressure to survive under domestic imperialism interferes with the ability for many to understand what they are facing through collective political education and organizing. The material conditions are dire and need solutions, but much of the reason our conditions keep worsening is because we are collectively not nearly equipped to comprehend and verbalize the causes of our conditions that (collective) reading and organization helps us better understand and fight to win.