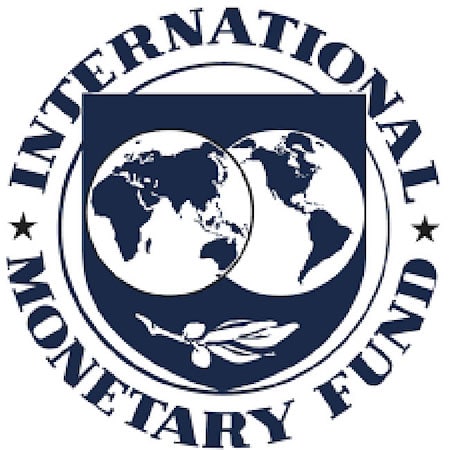 The IMF managing director Kristalina Georgieva has now openly admitted that the year 2023 will witness the slowing down of the world economy to a point where as much as one-third of it will see an actual contraction in gross domestic product. This is because all the three major economic powers in the world, the U.S., the European Union, and China, will witness slowdowns, the last of these because of the renewed Covid upsurge. Of the three, Georgieva believes, the U.S. will perform relatively better than the other two because of the resilience of its labour market; indeed the greater resilience of the U.S. labour market provides some hope for the world economy as a whole.

There are two ironical elements in Georgieva’s remarks. The first is that the best prospects for the world economy today, even the IMF concedes if only implicitly, lie in workers’ incomes in the U.S. not falling greatly. For an institution that has systematically advocated cuts in wages, whether in the form of remunerations or of social wages, as an essential part of its stabilisation-cum-structural adjustment policies, this is a surprising, though welcome, admission. Of course Georgieva, many would argue, is seeing U.S. labour market resilience only as the result of US’s economic performance and not as its cause. But her considering it a “blessing” (though not an unmixed one for reasons we shall soon see) leaves one in no doubt that the demand-sustaining role of workers’ incomes is also being recognised by her.

Some may contend that stabilisation-cum-structural adjustment policies of the IMF are typically meant for economies that are in crisis, as a means of overcoming such a crisis, not as a panacea for growth, so that seeing a change in IMF’s understanding in this regard may be unwarranted. But what the IMF is now saying is certainly out of line with what it usually says; it is in effect conceding that a resilient labour market in the U.S. is beneficial for its growth, which begs the question: why should other economies too not attempt to have resilient labour markets even when they are in crisis, and tackle their crises through other, more direct, means like import controls and price controls? Conceding that the resilience of the U.S. labour market can be beneficial for its economy, and hence for the world economy as a whole, thus fundamentally runs counter to what the IMF generally stands for, at least in the current neoliberal times.

The second ironic element in her remarks is her recognition that such a resilient labour market, while being beneficial for U.S. growth, will simultaneously keep up the inflation rate in the U.S., forcing the Federal Reserve Board to raise interest rates further. This has two clear implications. First, it means that the U.S. growth rate, while being less affected for the time being, will inevitably be constricted in the months to come as the Fed raises the interest rate. The U.S. performing relatively better in 2023 is thus not a phenomenon that will last long. Since any poor performance by the U.S. will have an adverse effect on the world economy as a whole, this amounts to saying that the world recession will worsen in the months to come, unless China’s Covid situation improves substantially. It amounts to saying in other words, that even if 2023 will only see a third of the world economy facing recession, a much larger swathe of it will fall victim to recession later. This is certainly the most dire prediction made about the prospects of world capitalism at the present juncture by any major spokesperson of it.

The World Bank too has been warning of a serious recession looming over the capitalist world and discussing in particular its implications for third world economies. In September 2022 it put out a paper in which it expected a 1.9 per cent growth of the world economy in the year 2023. But both the IMF and the World Bank attribute the looming recession primarily to the Ukraine war and the inflation it has given rise to (and also in passing to the pandemic); the response to that inflation in the form of an all-round increase in interest rates is what underlies the current threat of recession. There is no recognition by these institutions of any problem arising from the neoliberal economy that could be underlying the looming crisis.

This analysis first of all is erroneous. Long before the Ukraine war, inflation had reared its head as the world economy had started recovering from the pandemic. At that time such inflation had been attributed to the disruption in supply chains caused by the pandemic, though many had differed from this analysis even then. They had pointed out that, more than any actual disruption, the inflationary upsurge owed much to the jacking up of profit-margins by large corporations in anticipation of shortages. The Ukraine war occurred against this backdrop of an ongoing inflation, and added to it quite gratuitously as the western powers imposed sanctions against Russia.

A look at the movement of crude oil prices confirms this conclusion that the Ukraine war is not the genesis of the inflationary upsurge. The rise in brent crude prices occurred primarily in 2021 as the world economy started recovering from the pandemic: the rise between the beginning of 2021 and the end of that year was by more than 50 per cent, from 50.37 dollars per barrel to 77.24 dollars per barrel; the corresponding rise in 2022, during which the Ukraine war occurred, was from 78.25 to 82.82, i.e. by 5.8 per cent, which is less than the current inflation rate in most advanced capitalist countries, even though inflation is generally claimed to have been driven by oil prices. True, immediately after the imposition of sanctions against Russia, world oil prices shot up, reaching a high of 133.18 dollars per barrel during 2022, but then they came down quite sharply as we have seen, so that simply blaming the Ukraine war for the price-rise is not only misleading (as it is not the war per se but the sanctions that were responsible) but also erroneous (as prices should have come down when the price-rise induced by the sanctions abated).

It is not just the analysis of the Bretton Woods institutions that is flawed. Even more noteworthy is the fact that they have no perception whatsoever, even within the terms of their own analysis, of how this world recession is going to end. If, as they believe, it is the Ukraine war that is responsible for the looming recessionary crisis, then they should, at the very least, have hoped for an early end to it. That however is unacceptable to western imperialism which wants the war to drag on so that Russia is “bled” into submission; this is why the twin institutions express no opinions on the need for ending the war. But even if they chose to remain silent on the question of ending the war, they could have expressed some opinion about tackling the inflationary crisis in some other way than by raising interest rates and unleashing a recession. The IMF and the World Bank however are so committed to free markets that they cannot contemplate any other inflation-control measure (such as direct price-control), even as they lament the recessionary effects of interest rate hikes.

Likewise, even as the World Bank president David Malpass commiserates with debt-encumbered third world countries which are going to be badly hit in the coming months, and even says that a large chunk of their debt-burden has arisen because of the high interest rates themselves, there is not a word in his speech in favour of lowering interest rates. Both the Bretton Woods institutions in other words are long on commiserations but short on concrete measures to help the world’s poor.

This is not just a symptom of timidity. It points to something deeper, namely the genuine impasse in which world capitalism finds itself today. If the structure of western imperialism as it has evolved over the years is to be kept intact, then the metropolitan countries have to keep the Ukraine war going, in which case inflation at the current pace becomes unavoidable in the absence of an engineered recession, and the consequent  unemployment. World capitalism’s taking this route therefore should not cause any surprise; the point is to resist it.