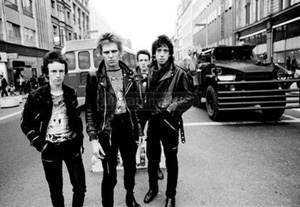 The Future Is Unwritten A Film directed by Julien Temple, Vertigo Films, in association with Film4, Parallel Films, and Nitrate Films. Cinema Release May 2007, DVD due September 2007. One night a movie saved my life.  How?  By reminding me of what’s important, by re-kindling the excitement and motivation of a time I thought […]