Legal pad in hand, I strode into the classroom trying to look confident. Forty mostly young faces watched me, probably wondering how heavy the workload would be and how easy the grading. I lit a cigarette and passed out a stack of note cards. In those days you could smoke in class, and I burned up three or four “Lucky Strikes” or “Old Golds” per 50-minute class. I told the students to place their names, addresses, and phone numbers on the cards as well as the reasons they were taking this course. I had teachers who had done this, so I thought it would be an appropriate thing to do. Plus it took up a few minutes, as did my description of the course and explanation of the requirements. Fifty minutes is an eternity to a new instructor, and I had already begun to tremble over the thought of a 150-minute night class. Unfortunately, introductions, including a roll call, took only 15 minutes, so I had to start teaching. 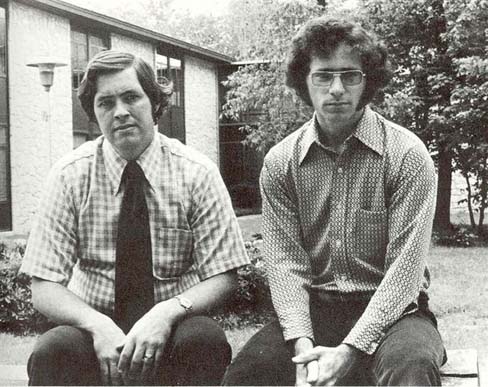 Looking up at the ceiling I said, “Economics is the study of how societies allocate their resources to satisfy the unlimited wants that people have for goods and services in the face of the limited means which societies have to satisfy these wants.” I began to explain this in terms of the “production possibilities curve” illustrated in the textbook, a 500-page tome used in schools where the more sophisticated and more famous textbook written by Paul Samuelson might be too difficult. A few weeks later, I would walk into my office to find another teacher and a student huddled over my copy of Samuelson which they had apparently retrieved from my bookshelf. This teacher, an old windbag who taught speech and believed that all a person needed for success was “enthusiasm,” was excoriating me for Samuelson’s alleged communism. I told them both to get the hell out of my office.

The production curve showed that a country could not have whatever output it wanted because it did not have unlimited resources. Therefore tradeoffs had to be made; on the graph the tradeoff was between “guns and butter.” As I turned from the blackboard, on which I had drawn the curve, I started to explain why it was concave to the origin. Inadvertently I looked directly at the students. Their faces were glazed over with incomprehension and boredom. In a panic I drew out one of the index cards from the pile on the desk. “Mr. Miller, can you tell us why the curve slopes downward and to the right?” Mr. Miller looked up at me with wide eyes and shrugged his shoulders. “Got me,” he answered. The class tittered, and, mortified, I answered the question myself. It would be more than 10 years before I called on someone directly by name again. And I ditched the index cards.

The course continued in an unsatisfactory manner for a few more weeks, me droning on about supply and demand and the kids’ eyes glazing over. I was so disgusted after one class that I went to the library to read a sports magazine. As I was glancing at the rack of magazines, I noticed one containing an article about the economy. I picked up the journal, a small, booklet-sized periodical called Monthly Review. It was described on the cover as “independent socialist magazine.” I wondered how it managed to get into our library, whose librarian would not allow students to sign out certain books. The article was interesting, so I read the whole issue. Then I went into the stacks and started reading back issues. The writing was clear and insightful and nothing like anything I had ever read in economics. Later I returned looking for similar periodicals, and I happened upon Ramparts and The Nation. I was so impressed that I took out subscriptions. Writers I had never heard of — Paul Sweezy, Harry Magdoff, Carey McWilliams, Noam Chomsky — were providing me with new insights into the workings of our economic system, or as these folks called it, “our political economy.”

Armed with this new material, I walked into class around the middle of the term, started to lecture on the week’s topic, and then suddenly threw my notes onto the floor and slammed the textbook down on the desk. I declared that we were going to talk about something more interesting and relevant today. With that, I launched into a discussion of the war in Vietnam, the inequality of wealth and income, and the economic disparities between blacks and whites. A lively give-and-take followed, my first experience with teaching as it should be done. During the remainder of the term, we covered most of the traditional topics, but we also spent time debating the issues of the day. I was staking out my territory as a radical, someone with unorthodox ideas who was not afraid to express them. I knew that not all students would like my new approach. Some of them, like the ex-marine who said that he wanted to strangle me after one particularly outrageous class, would hate me. But most would rather be challenged than bored, and I would rather be provocative than boring.