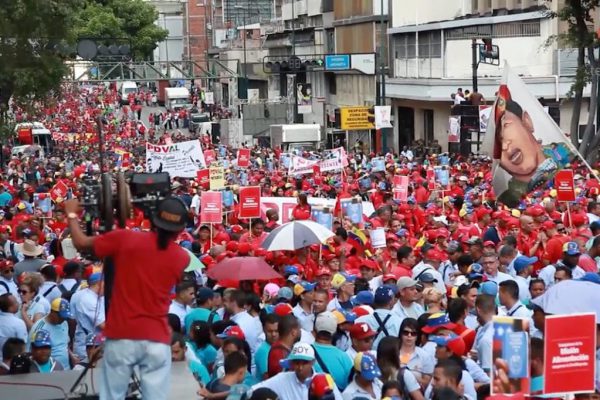 On July 30th, Venezuelans will elect a people’s body called the “Constituent Assembly” comprised of hundreds of representatives across the country with the power to redraft the constitution.

U.S. politicians, press and opposition in Venezuela are calling the process a “coup” that should be boycotted by all.

Abby Martin addresses the criticisms with Head of the Presidential Commission to oversee the Constituent Assembly process, Elias Jaua, speaks to supporters and participants of the Assembly, interviews historian Chris Gilbert and explains what is at stake in Venezuela if the social programs instated under Chavez are terminated by the opposition.