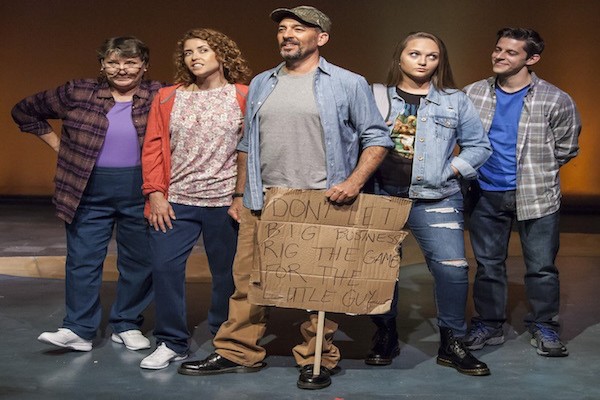 The Survey of Consumer Finances (SCF) is a triennial survey of U.S. families that is sponsored by the Federal Reserve Board (Fed) and carried out by the NORC at the University of Chicago. It includes information on families’ balance sheets, pensions, income, and demographics. As the Fed notes, “No other study for the country collects comparable information.”

Sadly, as we see below, the wealth data from the 2016 survey paints a grim picture of working class finances, reinforcing what many people already know, that US capitalism works to enrich the few at the expense of the many.

The following figure and table from the 2016 survey shows trends in the median net worth for all families, measured in 2016 dollars. Strikingly, the median in 2016 was 8 percent below what it had been in 1998. 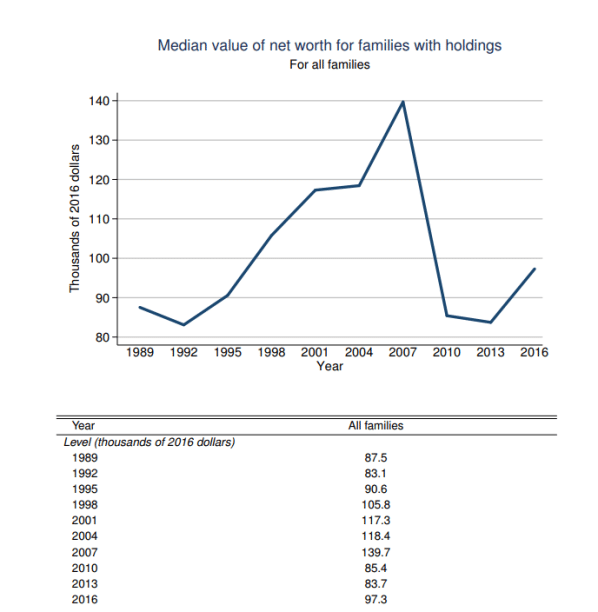 Of course, while the median value is useful for capturing broad trends, the next figure and table, also from the 2016 survey, makes clear that capitalism’s motion does not treat all families equally. More specifically, the bottom fifth of families saw their net worth fall by 24 percent over the period 1998 to 2016, while the next lowest income tier experienced an even greater decline, 34 percent. Those in the next two higher income tiers basically treaded water. In sharp contrast, the top ten percent enjoyed a net worth increase of 146 percent over the same period. 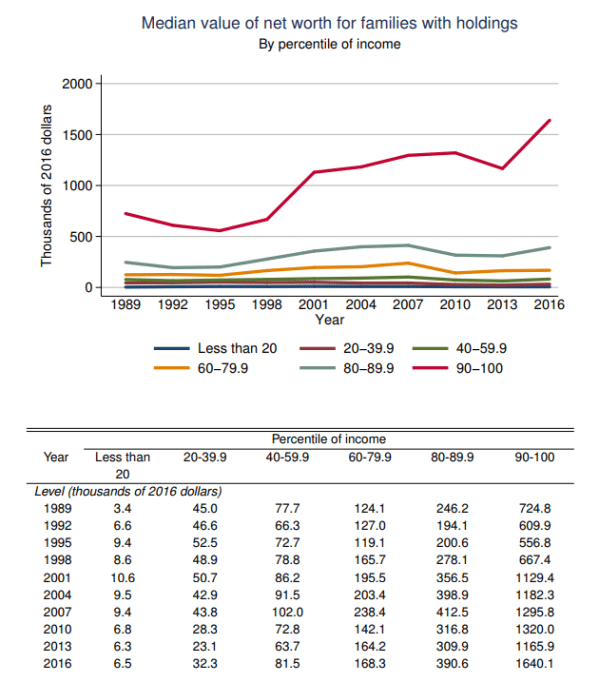 Matt Bruenig, drawing on data from the survey, provides an even clearer picture of wealth inequality in the following figure. As he explains: 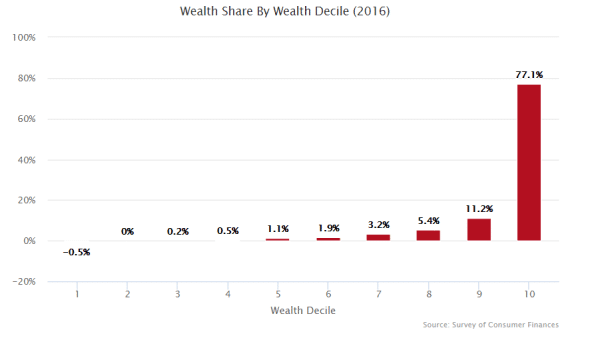 In fact, wealth is even more concentrated than it appears in this figure. In 2016 the top 1 percent owned 38.5 percent of the wealth, more than the bottom 90 percent combined. This was a sharp rise from the 29.9 percent share they held in 1989.

So, the next time you hear media analysts celebrate US capitalism as a great wealth creating machine, remember that they are celebrating a social system that largely works for the benefit of a very few.