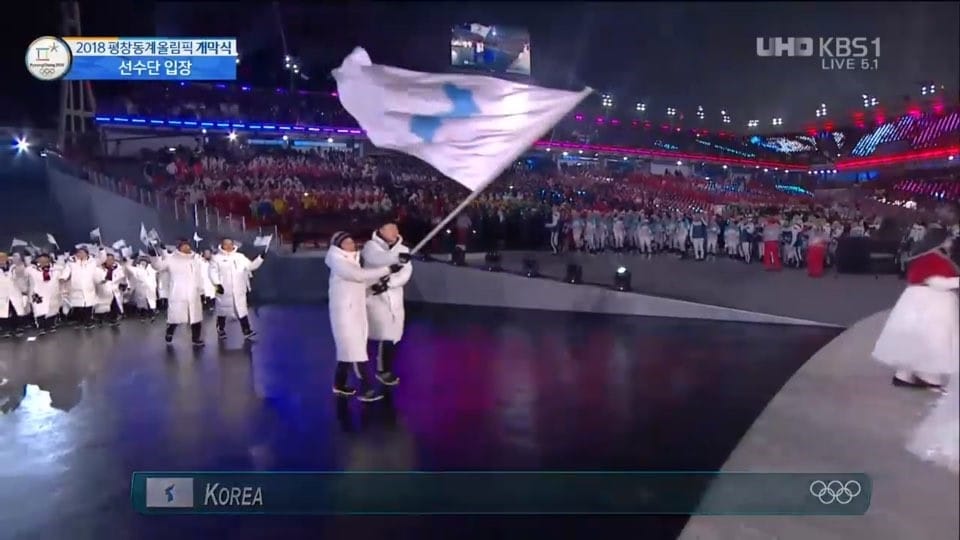 Korea at the 2018 Winter Olympics

On January 23, Hyun Lee, the managing editor of ZoominKorea, and I spoke at a UCLA Center for Korean Studies sponsored event titled “North Korea in the Age of Trump.” I went first, offering a critical perspective on U.S. foreign policy towards Korea, North and South. Hyun Lee then talked about the importance of Science and Technology in North Korea.

You can watch both presentations below.

Tragically the U.S. media and government appear more eager for war than peace on the Korean Peninsula. This reality was underscored by their negative reactions to Kim Jong-un’s New Year’s declaration, which included a call for talks between North Korea and South Korea and acceptance of South Korea’s invitation to participate in the Winter Olympics being held in South Korea.

Here are some examples:

Choe Sang-Hun and David Sanger, writing in the New York Times, quickly declared that Kim Jong-un’s welcoming of renewed contacts with South Korea represented little more than “a canny new strategy” designed to divide South Korea from the U.S. and weaken the alliance. They raised the “fear that if dialogue on the Korean Peninsula creates a temporary reprieve from tensions, the enforcement of sanctions could also be relaxed.”

Scott Snyder, senior fellow for Korea studies and director of the program on U.S.-Korea policy at the Council on Foreign Relations, struck a similar tone in an article published in the Atlantic magazine. Considering the possibility of talks to be a trap for South Korea, he ended his article expressing fear that South Korean President Moon could be forced into concessions that “might weaken South Korea’s alliance with the U.S.”

A few days later, Robert Litwak, a senior vice president at the Woodrow Wilson Center for International Scholars, wrote in a New York Times op-ed that “Washington and Seoul should not take Mr. Kim’s bait. Instead, the North Korean offer should be put to the diplomatic test through a united Washington-Seoul front.”

A New York Times article quoted Daniel R. Russel, a former assistant Secretary of State for East Asian and Pacific Affairs in the Obama administration, as saying: “It is fine for the South Koreans to take the lead, but if they don’t have the U.S. behind them, they won’t get far with North Korea. And if the South Koreans are viewed as running off the leash, it will exacerbate tensions within the alliance.”

Heather Nauert, the U.S. State Department’s spokesperson, made clear that the U.S. is carefully watching South Korea. “Our understanding,” she said, is that these talks…will be limited to conversations about the Olympics and perhaps some other domestic matters.” South Korea isn’t “going to go off freelancing” she told the press.

The U.S. ambassador to the UN, Nikki Haley, told journalists at the UN that “We won’t take any of the talks seriously if they don’t do something to ban all nuclear weapons in North Korea.” 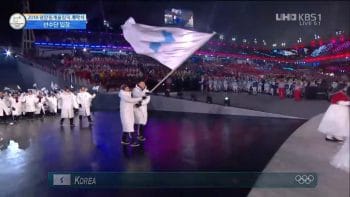 Korea at the 2018 Winter Olympics

And then, just as the talks were getting ready to begin on January 9, U.S. officials let it be known to The Wall Street Journal that they were “quietly debating” the possibility of what they called a “bloody nose” tactic that would involve a “limited military strike” against North Korea’s nuclear and missiles sites without somehow setting off “an all-out war on the Korean Peninsula.”

And as a measure of just how seriously the U.S. is considering such an action, President Trump recently withdrew his support for Victor Cha’s nomination to be the U.S. ambassador to South Korea. Although Cha advocates the strongest possible sanctions on North Korea, he lost his position because he expressed reservations about the wisdom of such a military strike.

The fact that North Koreans and South Koreans walked together under one flag in the opening ceremony of the Olympics does not mean that the danger of war has passed. But it is a good sign. We in the U.S. need to do what we can to ensure that U.S. government actions, including a new round of war games, do not throw up roadblocks to a process that needs to be encouraged.