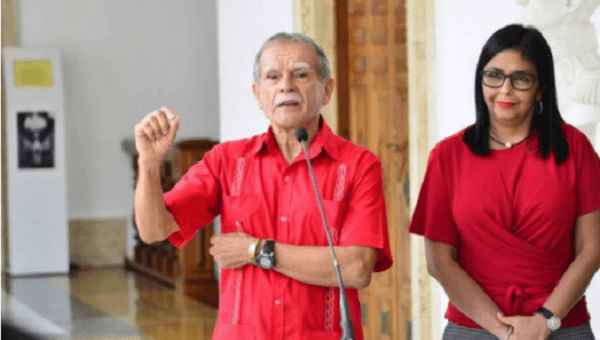 Oscar Lopez Rivera, the anti-colonial leader from Puerto Rico, has criticized the United States’ callousness and “experimental” approach towards the U.S. colony.

Lopez Rivera pointed out that Puerto Rico’s economy is marred by a debt crisis and bankruptcy, along with the recent power crisis in the wake of Hurricane Maria, as the Caribbean island faces one of the most prolonged blackouts in United States history. Nearly 400,000 people continue to live without power.

The Puerto Rican leader who was imprisoned for almost 36 years in the U.S., criticized that Washington’s policy in recent decades has caused a sharp drop in the economic indices of Puerto Rico.

“We must stop the interference of the United States, who only seek to impoverish our people to enrich their country,” he said in the interview.

“Everything is privatized, airports, trains, water,” said Rivera. Lopez Rivera who arrived in Venezuela on Saturday, March 3, lashed out at the Fiscal Supervision Board (JSF), which is composed of seven members. The JSF is a body created by the United States, in 2016 to control the finances of the Puerto Rican Government.

“They determine how that money is going to be used, and they are there because Puerto Rico has a dirty and criminal debt of 74 billion dollars,” López Rivera stressed while calling for an audit to demonstrate the “corruption of that elite that governs Puerto Rico.”

Lopez Rivera spoke on the U.S. colony’s plight during his visit to Venezuela. He also held a meeting with Delcy Rodriguez, the president of the National Constituent Assembly, or, ANC.

The Puerto Rican social leader also criticised the right-wing politician, Leopoldo Lopez, who is currently under house arrest, saying he would’ve been jailed in a maximum security prison in the U.S. for his actions.

“If Leopoldo López were in the U.S., and did what he did in Venezuela, he would be sentenced to the maximum penalty,” Lopez Rivera said, pointing out U.S.’ hypocrisy and it’s negative impact on the South American country.

“The United States has no moral to meddle in the affairs of any country, it is a criminal State,” he said, reaffirming his support for Venezuela as it faces the U.S. interference and sanctions.

“It is the Venezuelan people who must decide what happens inside Venezuela, without interference from any government,” the Puerto Rican independence leader, said. “The unit would never allow Venezuela to be controlled by the U.S. government,” he added.