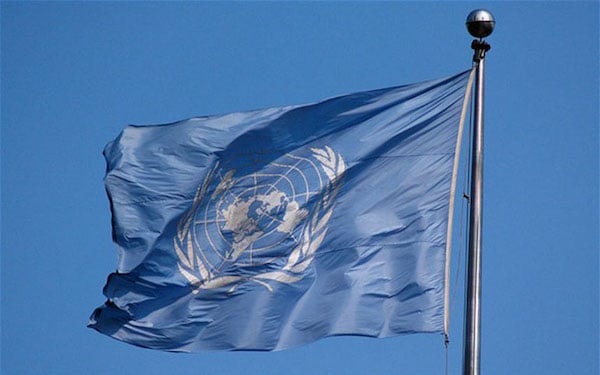 As British Prime Minister Theresa May moves to cut off relations with Russia after the mysterious poisoning of former British spy Sergei Skripal, a debate over war policy is erupting in the French ruling elite.

This debate constitutes a warning to youth and workers in France and internationally. As French President Emmanuel Macron pushes for the draft, NATO is creating conditions for wars in which large draftee armies could be deployed. And as May’s threats show, events are moving towards not only war in the Middle East, but also a clash with a nuclear-armed opponent, Russia.

The debate in France also points to political issues behind May’s decision to escalate a confrontation with Russia before any serious investigation of the Skripal affair takes place. Behind the rush to judgment in this as-yet unclarified case, powerful factions of the European ruling class are working out how to mount a military escalation aimed at Russia, Turkey and Syria.

The first signal came on Monday evening from ex-President François Hollande, who pushed for a NATO war with Syria in 2013 despite Russian opposition, and then had to make a humiliating climb-down after Washington decided not to attack. Having abandoned public life last year, after taking the unprecedented decision not to run for re-election due to his unpopularity, he emerged from retirement to call for war in Le Monde.

Hollande laid out a stunning list of targets. Implicitly taking Macron’s policy to task, he warned about Russia and its ties to Turkey and Syria: “Russia has been rearming for years now, and if it is threatening, it must be threatened. By allowing Ankara to bomb our Kurdish allies in Syria, Moscow is also trying to divide NATO. Barely a year ago, [Russian President] Vladimir Putin could not find harsh enough words for Turkish President Recep Tayyip Erdogan. Now, these two countries have agreed on a partition of Syria.”

Hollande stressed that what is at stake is not just Syria, but the world order and French imperialism’s position in it: “The issue is how to respond to Vladimir Putin, not so much how to respond to [Syrian President] Bashar al-Assad. … The West must realize the true scope of the danger.” Implicitly referring to Macron’s calls for dialog with Putin, Hollande added that “talking to Putin” should not mean “letting him advance his interests unchecked,” and that since Trump is unpredictable, “it is up to France, Europe, NATO to take action.”

Beyond Russia, he called for enforcing no-fly zones in Syria against Syrian and Turkish planes in Ghouta and Afrin—that is, shooting them down if they were in these areas—asking, “What sort of ally is Turkey to launch strikes against our own allies?” Targeting Macron, he added, “If I supported the Kurds in context of our coalition, it is not to leave them in their current situation. If I was very hard on Bashar al-Assad’s regime, and I was consistently hard, it was not to let him liquidate political opposition and massacre his own people.”

Hollande’s comments drew a bitter retort from Macron defending his record since his election: “Since last May, France has pursued a consistent and coherent policy, without being complicit but trying to be effective, by restoring dialog. These last years in Syria, has the absence of full dialog with Russia allowed us to progress further?”

Without naming Hollande, Macron attacked him for calling for ground war when Hollande did not launch one himself in 2013:

“We must be clear, France will not intervene militarily on the ground in Syria. I say that very firmly. And I believe some people who are giving lessons today took the same decisions.”

Nonetheless, Macron soon found himself facing an advocate of confrontation with Turkey in his own cabinet. Foreign Minister Jean-Yves Le Drian, who was Hollande’s defence minister, criticized Turkey’s intervention in Afrin, declaring: “The struggle against the Islamic State is the principal reason for our military intervention in the Levant. It is a national security priority, and we fear that the Turkish action there will ultimately weaken the pressure on the remaining IS forces in Syria.”

And the Journal de Dimanche called for a “European response” to the Skripal case, pressing for the European Union (EU) to adopt London’s line against Moscow. Paris and Berlin, it wrote, “discuss rather ‘frankly’ with Vladimir Putin, and cannot afford to remain silent. We cannot let Russia sink deeper rifts into the EU with such behavior. Italy, Greece, Hungary and other smaller countries are being wooed by Moscow to be more indulgent. If Europe wants to defend itself, and not only on cyber or energy issues, it must do so in unity.”

A bitter battle is raging in the ruling elite. Yesterday, right-wing ex-prime minister Jean-Pierre Raffarin criticised May and warned of the potential for military escalation.

He said, “I believe Mrs Theresa May went too far in this reaction before having any results of the inquiry, before having very precise elements to make a firm accusation. … When Mrs Theresa May appeals to British public opinion in order to alert it, to say ‘If we are attacked we will respond,’ naturally the Russians will answer, ‘If you respond, we will respond to your response’. That is called escalation, and that is what is dangerous.”

Youth and workers must be warned: none of the politicians in this debate want peace. All are willing to send masses of people to fight overseas. Macron is calling for a return to the draft and stepped-up war in Mali; as prime minister, Raffarin oversaw the early stages of France’s intervention in Ivory Coast and participation in the NATO occupation of Afghanistan. They disagree not over whether to wage imperialist wars, but over the best strategy to wage them.

The debate reflects bitter conflicts between Washington and the EU over U.S. threats of trade war against EU products and plans for an EU army independent from NATO and Washington.

Hollande’s criticisms reflect the views of sections of the ruling class concerned that Macron’s plan for a German-French axis leading the EU antagonizes allies like Britain and the United States. Macron speaks for those that view U.S. policy against Russia, like the threat of arming Ukrainian militias to attack Russian-backed forces in east Ukraine, as very dangerous, and believe the EU must be able to take independent military action.

The obstacles to Macron’s plans for a Berlin-Paris axis are rapidly coming into focus. They will face a test later this week, when officials of Germany’s newly-installed Grand Coalition government visit Paris for talks.

Macron spoke to the Frankfurter Allgemeine Zeitung yesterday, appealing for aid from Berlin. “If Germany does not move, part of my plans are condemned to failure,” he told the FAZ. “We totally depend the one on the other. I do not believe for a second that a European project can be crowned with success without or against Germany.” Macron also made clear that an EU led by Berlin and Paris would be a militaristic, anti-refugee bloc, declaring: “We cannot each year bring in hundreds of thousands of migrants.”