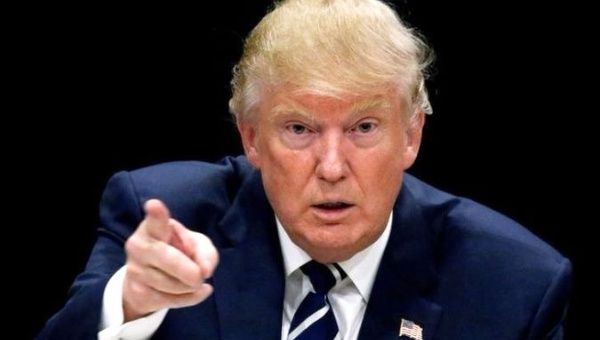 U.S. President Donald Trump says Russia should be prepared to shoot many missiles out of the sky because they will be “coming, nice and new and smart.” Trump tweeted early Wednesday saying Moscow was supporting a ‘gas killing animal.’

Trump added that the United States’ relationship with Russia is “worse now than it has ever been and that includes the Cold War.” The U.S. president added in a second post that “Russia needs us to help with their economy, something that would be very easy to do, and we need all nations to work together.”

The president’s social media messages come after U.S. Ambassador to the UN, Nikki Haley accused Russia of protecting Assad during a tiff with Moscow at a council meeting. Russia said the United States is trying to deceive the international community. Both countries traded blocking attempts to set up international investigations into a possible chemical weapons attacks in Syria.

Russia vows to shoot down any and all missiles fired at Syria. Get ready Russia, because they will be coming, nice and new and “smart!” You shouldn’t be partners with a Gas Killing Animal who kills his people and enjoys it!

Our relationship with Russia is worse now than it has ever been, and that includes the Cold War. There is no reason for this. Russia needs us to help with their economy, something that would be very easy to do, and we need all nations to work together. Stop the arms race?

The ambassador made the accusation after a heated exchange between the two countries at a United Nations Security Council meeting, in which an alleged chemical attack on Syria is being discussed.

The United States said Russia had the blood of children on its hands during the Moscow-Washington clash during the meeting.

But Russia said its experts found no evidence of chemical weapons use.

“Our military specialists have visited this place … and they did not find any trace of chlorine or any other chemical substance used against civilians,” Foreign Minister Sergei Lavrov said. 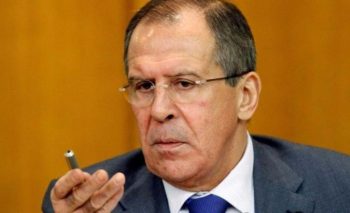 Trump previously hinted that there will be “forceful” repercussions against the offending party and a “big price to pay” for those responsible for the strike on Syria.

“The United States is again trying to mislead the international community and is making yet one more step toward confrontation,” Russian UN Ambassador Vassily Nebenzia told the 15-member Security Council.

It is clear that the provocation step has nothing to do with a desire to investigate what happened.

On Saturday, Haley said the “resolution is the bare minimum that the council can do to respond to the attack.”

But Nebenzia hit back, saying the United States was “planting this resolution” as a “pretext” to justify an attack on Syria.

“We are using the veto in order to protect international rule of law, peace and security, to make sure that you do not drag the Security Council into your adventures,” Nebenzia said to Washington.

Bolivia voted against the draft resolution, while China abstained.