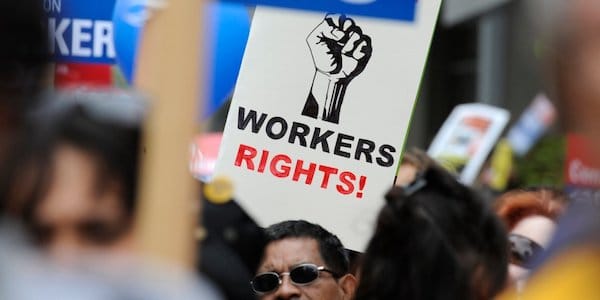 There is a lot of celebrating going on in mainstream policy circles. The economy is said to be running at full steam with the unemployment rate now below 4 percent. As Clive Crook puts it in Bloomberg Businessweek,

The U.S. expansion has put millions of people back to work and economists agree that the economy is now at or close to full employment.

Forgotten in all this celebration is the fact that wages remain stagnant. Also forgotten are the millions of workers who are no longer counted as part of the labor force and thus not counted as unemployed.

One of the best indicators of the weakness of the current recovery is the labor market status of what is called the core workforce, those ages 25-54. Their core status stems from the fact that, as Jill Mislinski explains,

This cohort leaves out the employment volatility of the high-school and college years, the lower employment of the retirement years and also the age 55-64 decade when many in the workforce begin transitioning to retirement…for example, two-income households that downsize into one-income households.

A more revealing measure is the Labor Force Participation Rate, which is defined as the Civilian Labor Force (i.e. the sum of those employed and unemployed) divided by the Civilian Noninstitutional Population (i.e. those of working age who are not in the military or institutionalized). Because there can be significant monthly swings in both the numerator and denominator of this measure, the Labor Force Participation Rate shown in the chart below is calculated using a 12-month moving average. 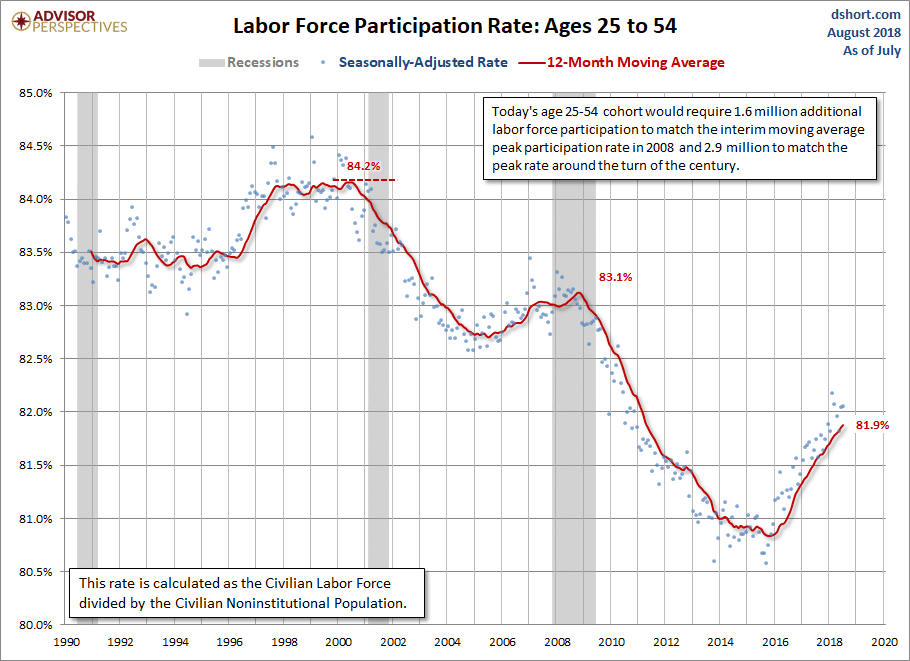 Based on the moving average, today’s age 25-54 cohort would require 1.6 million additional people in the labor force to match its interim peak participation rate in 2008 and 2.9 million to match the peak rate around the turn of the century. 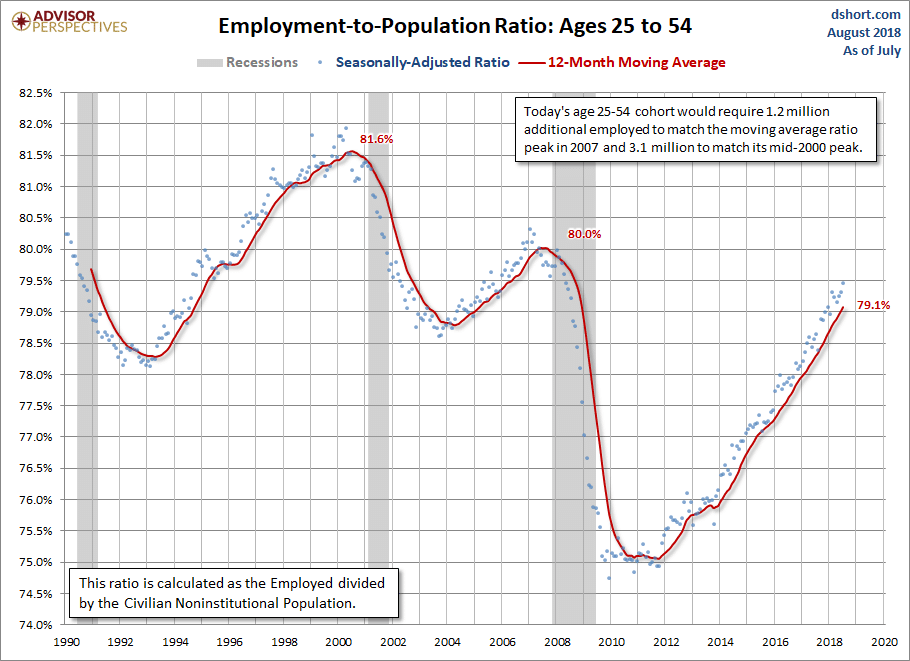 First the good news: This metric began to rebound from its post-recession trough in late 2012. However, the more disturbing news is that the current age 25-54 cohort would require an increase of 1.2 million employed prime-age participants to match its ratio peak in 2007. To match its mid-2000 peak would require a 3.1 million participant increase.

Both the Labor Force Participation Rate and the Employment-to-Population Ratio are useful measures of the employment intensity of the economy. And in a healthy economy we should expect to see high values for both measures for the 25-54 age cohort. That is especially true for a country like the United States, where the non-market public provision of education, health care, and housing is quite limited, and an adequate retirement depends upon private savings. In other words, people need paid employment to live and these are prime work years.

The decline, over the business cycle, in both the Labor Force Participation Rate and the Employment-to-Population Ratio for our core cohort strongly suggests that our economy is undergoing a profound structural change, with business increasingly organizing its activities in ways that require fewer workers. More specifically, the lower values in these measures mean that millions of prime age workers are being sidelined, left outside the labor market.

It is hard to know what will become of these workers and by extension their families and communities. Moreover, this is not a problem only of the moment. This cohort is still relatively young, and the social costs of being sidelined from employment—and here we are not even considering the quality of that employment—will only grow with age. We can only hope that workers of all ages will eventually recognize that our growing employment problems are the result, not of individual failings, but an increasingly problematic economic system, and begin pushing for its structural transformation.