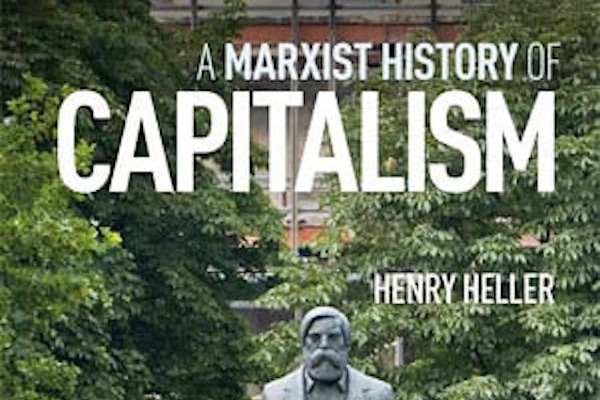 Since the 1970s, Marxist discussion of how and when capitalism was born has been dominated by two competing academic currents. World-System Theory, first enunciated by Immanuel Wallerstein, locates the origin of capitalism in the expansion of world trade and the plunder of the new world in the fifteenth and sixteenth centuries. Political Marxism, developed by Robert Brenner, says the transition took place somewhat earlier, and only in rural England, where feudal lords converted themselves into capitalist landlords.

While each school has produced important and worthwhile historical studies, both are ultimately one-sided and mechanical, arguing either that there is no capitalism unless wage-labor has replaced all other relations of production, or that the presence of any capitalism at all overrides all other modes, including slavery and hunter-gatherer. The Marxist view that capitalism developed dialectically, incorporating and exploiting pre-capitalist societies, and that it was not fully formed until the rise of factory production, plays little or no role in either approach.

Though very different in analysis and implication, both approaches hold that capitalism was fully formed by the 1500s, either as a ‘world-system’ or as a new rural economy in England. As a result, they deny that the Dutch, English and French revolutions and the U.S. Civil War can be viewed in any sense as “bourgeois revolutions,” and they have little to say about what Marx and Engels said is the motive force of history, class struggle.

By contrast, for some time historian Henry Heller has been deepening the class struggle interpretation of capitalist history, building on the work of earlier Marxists while incorporating the latest historical research. In The Bourgeois Revolution in France (Berghahn Press, 2006) and The French Revolution and Historical Materialism (Brill, 2017) he reasserted the Marxist view that what happened in France between 1789 and 1815 was indeed a bourgeois and capitalist revolution, driven by class conflict and the intervention of the masses. In The Birth of Capitalism (Pluto Press, 2011) he offered a critique of and alternative to both World-System theory and Political Marxism, making four central arguments:

The early changes identified by the leading schools of thought were just beginnings, what Marx called capitalism’s “rosy dawn.” Centuries of primary accumulation, social upheavals, mass dispossession of small farmers, and political revolutions were required before “the Industrial Revolution [which] constitutes the climactic moment in the development of capitalism” was even possible. It was not until the 1800s that “the introduction of machinery and the reorganization of production into centralized factories released the full productive potential of social labour organized by capital.”

These books are important contributions to Marxist theory and history, but they assume some familiarity with academic debates. If you don’t have that background (even if you do!) Heller’s latest book, A Marxist History of Capitalism, is the place to start. He wrote it “for the general public and university students,” and, although he does address debates among Marxists, his main concern is to counter non-Marxist arguments that aim “somehow to recuperate capitalism in the belief that it is still reformable.”

The result is a rigorous but accessible account of five hundred years of capitalism, from merchant capitalism through industrialization and capitalism’s golden age to monopoly capitalism, neoliberalism and the possibility of revolutionary change in our time. Capitalism, he argues, has now “hit a brick wall,” and “a sense of overall crisis is manifest in the growing ecological contradictions of the system but also in its political dysfunction and its increasing illegitimacy in the eyes of the populace.”

He concludes with a chapter—unusual in a history book—that looks to the future and the challenges that will confront us in the transition from capitalism to socialism, which he says will involve “the triumph of economic and political democracy, continued belief in reason and science, the multiplication of use values as against exchange values, and an end to ecologically destructive growth.” While refusing to speculate on when and how such a transition will begin, or “what exactly a future socialism or socialisms might look like,” he presents a valuable overview of such issues as workplace democracy, economic planning, the role of markets and of socialist parties, technology, and more.

I found his extended discussion of socialist environmentalism particularly interesting. Drawing on the work of Istvan Mészáros, he argues that rather than simply rejecting growth, a socialist society must redefine growth as “the expansion of ecologically benign use values rather than an unlimited increase in merely quantifiable material outputs.”

“It is not sufficient to speak about socialist society as an ecologically minded society. Rather, as one student of the subject puts it, it is necessary to create an ecologically realized order of things. This suggests that socialism ought not to be simply an improved version of the present based on equality. Rather it should be a society in increasingly conscious symbiosis with the natural environment.”

Heller is optimistic about the possibility of “overthrowing capitalism and creating the institutions of a new democratic and socialist order.” That optimism reflects his judgement that the current system is in crisis, but more than that, it flows from his view that throughout history the direct intervention and creativity of ordinary people  he masses so despised by the ruling class and ignored by many academics—has again and again played a decisive and transformative role.

“Without the intervention of the mass of peasants, craftsmen and workers the bourgeoisie by themselves could not have overthrown feudalism and established capitalism.…Likewise revolution from below by workers will of course be a prerequisite to the transition from capitalism to socialism.”

Although the book is short (148 pages) it is densely written and packed with information and insights about how capitalism arose, grew, and can eventually be overcome. Its ambition means that some parts are stronger than others, and the “Towards Socialism” chapter in particular will generate debates and disagreements even among readers (like me) who agree with Henry Heller’s overall approach. But that’s a strength, not a weakness. A Marxist History of Capitalism deserves to be widely read and discussed by all radicals, and especially by the new generation of socialists whose emergence is now unnerving the ruling class.