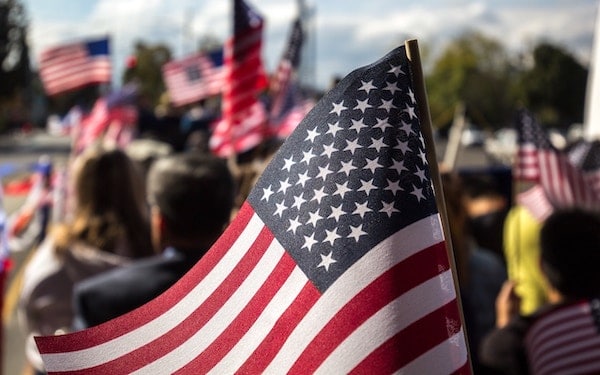 In fact, federal programs are increasingly being delivered by private contractors. As a result, private employees doing work for the federal government now outnumber the federal workforce. Moreover, in most cases, they are paid far more than the public employees they replace. And, as more federal work is carried out under the direction of profit-seeking firms, there is good reason to believe that programs are reshaped to ensure that it is the private rather than public interest that is best served.

The federal government workforce has not increased in absolute numbers in half a century. Not only is it the same size now as it was in the 1960s, since the 1980s it has shrunk. There are actually fewer government employees now than there were under Reagan even though the population has grown by over 30%. 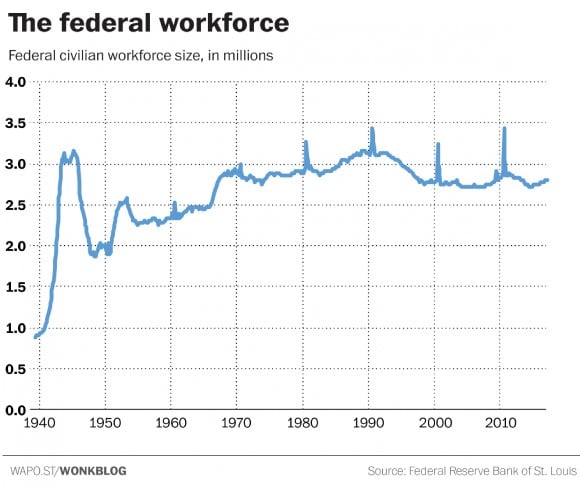 As a consequence, as we see below, the size of the federal workforce as a share of the total civilian non-farm workforce has steadily fallen. It is now less than 2 percent of the total. 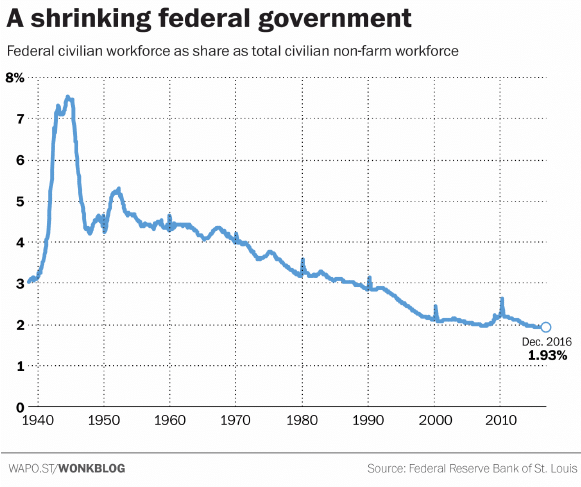 The growth in private contractors

While the size of federal workforce has remained relatively unchanged for decades, the same is not true for real federal government spending on consumption and investment, as seen in the figure below.

So, how has the federal government been able to boost its activity with a relatively unchanged workforce? The answer is an explosion in the use of private contractors.

This massive third-party workforce has been mostly hidden from public view, kept intentionally out of sight by corporations and their lobbyists who have the most to gain, as well as by elected officials who want to claim that they are not growing government. Moreover, federal corporate contractors operate behind a shield of secrecy, enabled by their de facto exemption from the Freedom of Information Act (FOIA), and ensuring that they can operate without public scrutiny. 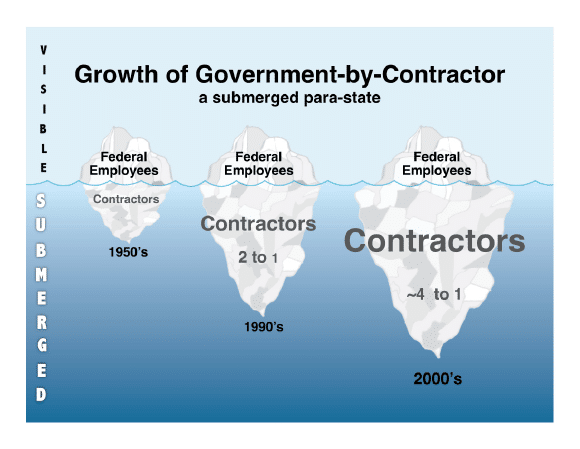 This outsourcing of federal activities to private firms is likely an important reason for people’s dissatisfaction with government: they are far more expensive and their goal is profit not service.

It found, among other things, that:

Federal government employees were less expensive than contractors in 33 of the 35 occupational classifications reviewed.

Private sector compensation was lower than contractor billing rates in all 35 occupational classifications we reviewed.

Here are some examples of the compensation bias favoring private contractors: 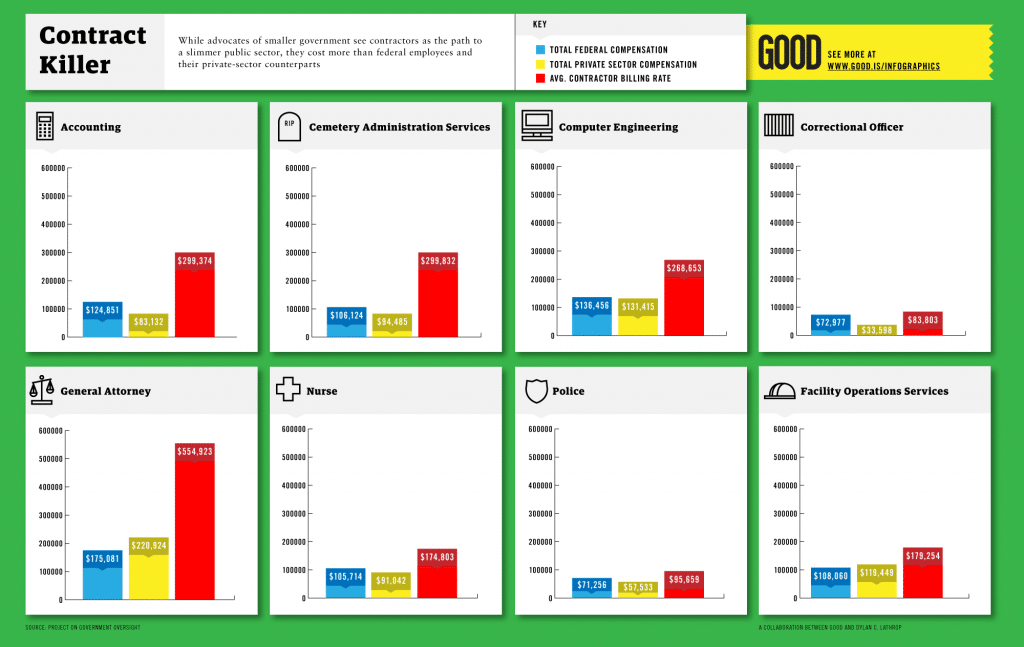 As bad as it is, this compensation bias is far from the whole story. The fact is that public regulators incur significant costs trying to develop contracts that are supposed to ensure acceptable private contractor outcomes as well as actually monitoring performance.  And shortfalls in performance, an all too frequent outcome, require either additional federal expenditures beyond those initially stipulated in the contract or a lowering of public standards.

Moreover, a recent review of “the extensive global empirical evidence on the relative efficiency of the private versus public sectors” found no evidence:

That there is any systematic difference in efficiency between public and private sector companies, either in services which are subject to outsourcing, such as waste management, or in sectors privatized by sale, such as telecoms. . . .

This picture is further confirmed by examination of nine sectors which are most often subject to privatization, outsourcing and PPPs–buses, electricity, healthcare, ports, prisons, rail, telecoms, waste management and water–and the same results hold true in each sector: the evidence does not show any superior efficiency by private companies.

A report summarizing the discussions and outcomes of an October 2017 conference titled “Restoring Public Control of Public Goods” began as follows:

Over the past thirty-five years, government in the United States has been vilified and vitiated through a movement designed to de-legitimize government in the eyes of the public, to reduce government’s capacity to operate, and to replace that capacity with private contractors and other forms of privatization. . . .

We now are left with:

The private sector has been quietly and efficiently winning its war to control and profit from public sector activities. One can only hope that the recent interest in socialism will encourage a renewed popular commitment to work with public sector workers to resist this war on the public and build a new, more accountable, not to mentioned well-financed, public sector.