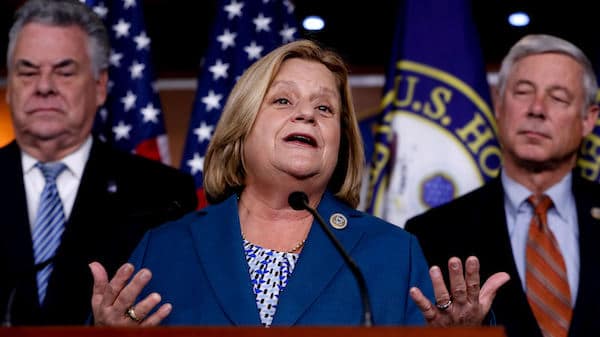 Every single member in both chambers of the U.S. Congress approved legislation that will impose sanctions and financial restrictions on Nicaragua in an explicit effort to weaken its government.

Known as the NICA Act, the bill is now on its way to the desk of President Donald Trump, who will almost certainly sign it into law. Its passage was spearheaded by neoconservative lawmakers centered around the Miami lobby of right-wing Latin American exiles dedicated to eradicating any iteration of socialism in the Western hemisphere.

The United States has spent decades trying to topple Nicaragua’s government, now led by the left-wing Sandinista movement. In April, U.S.-backed opposition figures launched an unsuccessful and exceedingly violent coup attempt in the Central American country—one of the last bastions of leftist politics in an increasingly right-leaning Latin America.

The newly approved Nicaraguan Investment and Conditionality Act (NICA) will give the U.S. president the authority to impose targeted sanctions on Nicaraguan government officials, former officials, or people purportedly “acting on behalf of” Managua.

The bill also seeks to prevent international financial institutions from providing “any loan or financial or technical assistance” to Nicaragua’s government.

The NICA Act enjoyed bipartisan support, but the campaign behind it was largely led by neoconservative Florida Representative Ileana Ros-Lehtinen, with help from Senators Marco Rubio and Ted Cruz. Ros-Lehtinen and Cruz met for a Facebook live this December 13 to celebrate the bill’s passage.

In June, these three right-wing Cuban-American lawmakers gathered with young leaders of the Nicaraguan opposition in Washington, DC.

The legislation also suggests that political negotiations should be “mediated by the Catholic Church in Nicaragua,” which has for decades supported violent right-wing forces in the region.

“The unity that we need at this moment must include everyone opposed to the government, even if they are suspected of being opportunists, abortionists, homosexuals, [drug] traffickers…,” Baez declared, according to a translation of the leaked audio.

Baez urged the opposition to put up more of the tranque roadblocks that had plunged the country into violence and strangled its economy, describing them as “an extraordinary invention.”

In November, USAID Director Mark Green announced an infusion of $4 million to civil society and media groups opposed to the Sandinista front.

My colleagues in Congress + I are proud of passing the #NICAAct. It will pressure #Ortega to do what he’s refused to do: hold early elections that meet democratic standards + protect the human rights of #Nicaraguans. Thanks @SpeakerRyan for being a partner on this worthy effort. pic.twitter.com/U1kG4Mf1Ub

Menendez–a Cuban-American whose legal defense from corruption charges was bankrolled by the pro-Israel lobby–joined his neoconservative colleagues in referring to Nicaragua’s democratically elected president, Daniel Ortega, as a “dictator” who leads a “regime.”

Ortega—who voluntarily stepped down from power after losing an election to a U.S.-backed right-wing oligarch in 1990—won his third presidential term in 2011 with 62 percent of the vote, in what international observers recognized was a fair election. Even the staunchly anti-Sandinista New York Times admitted at the time that Ortega had widespread support.

Ros-Lehtinen declared that “the NICA Act that will help the Nicaraguan people break free of Ortega’s despotic rule.” She has previously insinuated that Nicaragua was a national security threat to the U.S., proclaiming, “We must also remain vigilant of efforts by Russia, Cuba, Venezuela, China and Iran that continue to help Ortega with military equipment, surveillance, and other technology support.”

For his part, Rubio boasted, “We are one step closer to expanding sanctions and other pressures against the oppressive Ortega regime.”

In lieu of a formal vote, the NICA Act was sent to the bipartisan House Committee on Foreign Affairs for amendments, and these changes were then agreed to by each chamber, without any objections.

On November 27, amendments for the combined legislation were approved with unanimous consent in the Senate. Then on December 11, the changes were unanimously approved in the House without objection.

Congratulations to mi amiga @RosLehtinen on an amazing three decades of leadership fighting for freedom. I am proud to have worked together on #NICAAct, which will send a message to the people of #Nicaragua that we stand with them in their fight for freedom & democracy. pic.twitter.com/7J1MzKH1BH

In an interview with Confidencial–an opposition outlet funded by the U.S. government’s National Endowment for Democracy regime change arm–Nicaragua’s former foreign affairs minister Norman Caldera exclaimed that the “NICA Act is a devastating blow for the regime.”

CNN Español reported favorably on the NICA Act (it even has a tag on its website devoted to the law), although its English-language counterpart demonstrated little interest. CNN Español referred to the democratically elected government in Managua as a “regime” and noted, “The opposition of Nicaragua celebrates this decision.”

The chaos unleashed by last summer’s coup attempt has badly bled Nicaragua’s economy, plunging growth from a steady five percent to almost zero and eliminating tens of thousands of jobs. With the NICA Act, the U.S. and its local proxies are hoping that exacerbating the economic desperation even further will bend a largely non-compliant Nicaraguan population to their will.