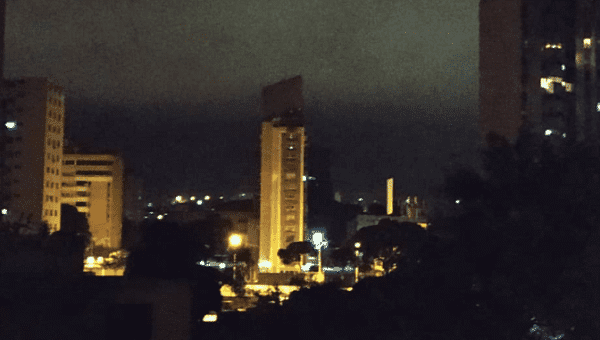 Power has been gradually restored across Venezuela (TeleSUR)

Venezuelan authorities continue working to bring back online the electric grid following a massive outage that started on Thursday, March 7.

According to on-the-ground testimonies and official sources, power finally began to reach Venezuela’s western states, including Merida and Zulia, on Monday night, around 96 hours after the blackout started. Electricity has now been restored at least in some areas of every state, with authorities urging citizens to avoid using heavy usage devices while efforts to restore the whole grid continue.

President Nicolas Maduro gave a televised address on Tuesday evening, offering more details about the alleged attack against the country’s electrical infrastructure. According to Maduro, both the computerized system in the Guri Dam, on Thursday afternoon, and the central electrical “brain” in Caracas, on Saturday morning, suffered cyber attacks, while recovery was delayed by physical attacks against transmission lines and electrical substations.

“The recovery has been a miracle by CORPOELEC (electricity) workers” he said, vowing that a “battle” had been won.

Maduro claimed that the attacks were directed from Chicago and Houston and that more evidence would be presented soon. The Venezuelan president had announced on Monday that two arrests were made in connection to alleged acts of sabotage against the communications system in the Guri Dam.

The extended power outage saw episodes of lootings take place, especially in the Zulia capital of Maracaibo. Food warehouses, supermarkets and a shopping mall were targeted according to reports and footage on social media.

Isolated episodes of protests and lootings were also reported in other cities, including some sectors of Caracas. A video spread on social media appeared to show a violent confrontation in the eastern city of Maturin in which a National Guardsman was shot dead.

While electricity has been gradually restored, public transportation and other services have yet to be reactivated, with the government suspending work and school activities until Wednesday.

In Caracas, attention has now turned to water. Shortages started to be felt after the water pumping system in the nearby Tuy valley was shut down amid the electricity blackout. Authorities announced on Tuesday afternoon that the system was due to resume supplying water to the capital metropolitan region.

Some communities protested the lack of water on Monday and long queues formed at water distribution points, with local authorities looking to send water tanks to supply communities and guarantee the normal functioning of hospitals.

The Venezuelan government has yet to release any information concerning casualties in hospitals, with NGO Doctors for Health reporting 24 dead as of Monday night following alleged contact with multiple hospitals. Higher figures, including claims of 80 newborns dead in Maracaibo, have been denied by local sources.

Self-proclaimed “Interim President” Juan Guaido has blamed the electricity crisis on government mismanagement and corruption, dismissing the government’s cyber attack thesis on the grounds that the system is analog, and attributing the national outage to a lack of qualified personnel needed to reactivate the grid. However, these claims have been called into question by people with knowledge of the system.

Guaido called for street protests on Tuesday afternoon which saw small groups momentarily take to streets in Caracas and other cities, or banging pots and pans from windows.

The opposition-controlled National Assembly, which has been in contempt of court since 2016, approved a decree on Monday declaring a state of “national alarm,” blaming the government for the current crisis and issuing instructions for public officials and security forces. 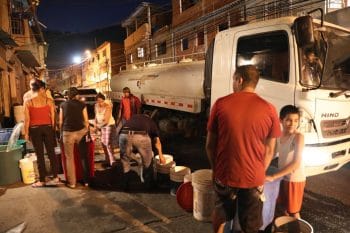 Likewise on Tuesday, Venezuelan Attorney General Tarek William Saab announced that an investigation was being opened against Guaido regarding his alleged responsibility for the recent power outage. Saab explained that this investigation would add to the previous one, opened on January 29, as well as determine responsibilities in instigating violence.

U.S. Secretary of State Mike Pompeo reported on Monday that the remaining embassy staff in Caracas were being withdrawn.

“[…] The presence of U.S. diplomatic staff at the embassy has become a constraint on U.S. policy,” Pompeo wrote on Twitter.

President Maduro had ordered a break of diplomatic relations with Washington in response to the Trump administration’s recognition of Guaido’s self-swearing in on January 23, with embassy personnel given 72 hours to leave the country. Pompeo initially refused to withdraw U.S. personnel on the grounds that Maduro did not have the authority to request their departure but ultimately backtracked and ordered the majority of staffers to leave. The U.S. and Venezuelan governments subsequently agreed to downgrade their respective embassies to “interests sections” within 30 days.

The Venezuelan Foreign Ministry released a communique stating that a 15 day extension had been granted after the original 30 days expired, but that the Venezuelan government had decided to terminate talks for the establishment of interest sections and granted 72 hours for embassy personnel to leave.

The communique further stated that the presence of U.S. diplomatic staff was a “threat to peace” given “threats of military action under the pretext of protecting diplomatic staff.”

Foreign Minister Jorge Arreaza went on to criticize U.S. officials for presenting the withdrawal as their decision, while reaffirming the Venezuelan government’s willingness to maintain channels of communication with Washington so long as the relation is based on “mutual respect.”

A de facto oil embargo imposed in late January has seen Caracas scramble to find new partners in Asia, with India the main cash buyer. Oil Minister Quevedo stated that the goal was to double oil sales to India, with the possibility of bartering oil for medicines as a way to avoid U.S. financial sanctions.

For his part, National Security Advisor John Bolton has threatened financial institutions with sanctions for engaging in intermediating transactions involving the Venezuelan government.

Likewise, the Trump administration’s Special Envoy to Venezuela, Elliott Abrams, told press on Tuesday that “significant sanctions” against Caracas and international financial institutions can be expected in the coming days. Abrams, who was appointed in late January, is known for his leading role in the Reagan administration’s notorious Central America policy, including the Iran-Contra scandal, and for advising George W. Bush in the lead up to the 2003 war in Iraq.