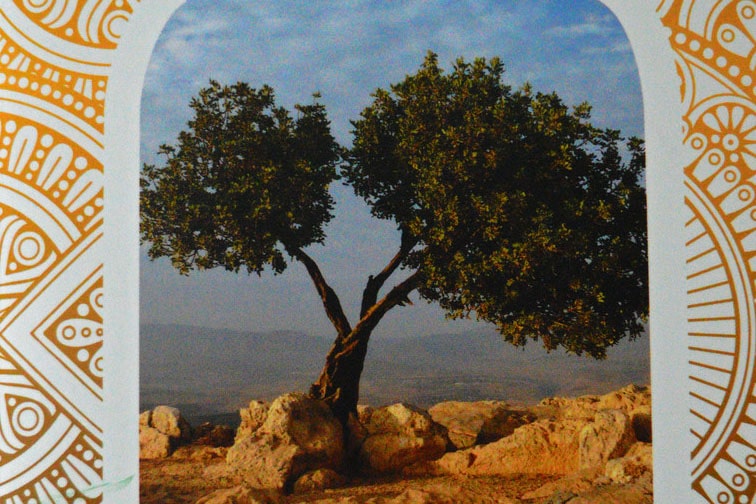 The Last Earth: A Palestinian Story

This article is a book review of Ramzy Baroud’s The Last Earth: A Palestinian Story. Published in 2018, The Last Earth documents the lives of ordinary Palestinians and their battle against Israeli occupation. In the process of telling their stories, Baroud shows that the Palestinians not as passive victims of Israeli colonialism but as active participants in their struggle for a free Palestine, reminding readers that only the Palestinian people can bring about true change in the region. Baroud’s most important contribution is to give powerful and eloquent voice to ordinary Palestinians in that quest.

His eyes were agape as he scrutinized his surroundings from wall to wall. Rest is not a luxury one can indulge during times of war. You have to face the danger and welcome moments of calm when they come.(1)—The Last Earth: A Palestinian Story

Every day Americans are bombarded with pro-Israeli propaganda. Except for leftist media outlets such as Democracy Now!, Al Jazeera, and Jacobin, the media is staunchly pro-Israel. From PBS to Fox News, the American media are cheerleaders for the state of Israel. Israel, according to the mainstream media, is a peaceful democratic nation surrounded by Arabs who want to wipe it off the map. If only Hamas ceased launching rockets from the Gaza Strip or stopped threatening to destroy Israel, there would be peace between the two nations. But this is a lie. While the Palestinians have engaged in violence against Israelis, their transgressions pale in comparison to Israel’s campaign of ethnic cleansing against the Palestinians.

Despite the power of the Israel lobby in influencing American media and public opinion, the plight of the Palestinians has been well documented in books and articles by leftist scholars such as Ilan Pappé, Noam Chomsky, Norman Finkelstein, and Edward Said. Yet few writings are as powerful as Ramzy Baroud’s The Last Earth: A Palestinian Story. In the tradition of historian Howard Zinn, Baroud focuses not on high-ranking officials, but on ordinary Palestinians fighting against the Israeli occupation.

The Last Earth is an emotionally difficult book to read. Even those who are aware of the human rights abuses committed by the Israelis against the Palestinians will be shocked. Over the course of the book, one learns of the ongoing ethnic cleansing of Palestine, settler colonialism in the West Bank, the indiscriminate killing of Palestinian civilians by Israeli forces, the seizure of land by Jewish settlers, and countless other crimes, all from the perspective of ordinary Palestinians. Readers see families holding keys to houses that no longer exist, and stories of Palestinian children hoping to return to a land they never knew. Propelled by a potent fury, The Last Earth will move even the most ardent defenders of Israel.

Many aspects of The Last Earth distinguish it from other books on Palestine. The first is its style and clarity. A unique blend of scholarship and literature, Baroud’s writing is reminiscent of the magical realism of Gabriel García Márquez or Isabel Allende. This magical realism is captured in the book’s opening paragraph.

Yarmouk was ever-present in Khaled’s soul, pulling him in and out of an abyss of persistent fears, urging him to never return. What was he without Yarmouk, his first haven, his last earth? How could any place in God’s unwelcoming universe be a home for him as a Palestinian first and foremost, and nothing else? When questioned, he answered without hesitation: ‘I am from the village so and so in Palestine.’ Yet from him Yarmouk was all that remained of Palestine because the Palestine he knew existed only in books, or as the tattered map in his family’s living room, and in old fables conveyed by long-dead grandparents.(2)

Make no mistake, The Last Earth is a non-fiction book. But the book is so well written that it reads like a work of literature. It is not just the literary style that distinguishes The Last Earth from traditional scholarship. There is also no separation between observer and subject. In the tradition of critical scholarship, Baroud allows his subjects to play an active role in writing their own story. As a result, each story feels fresh and authentic, like reading the entry to someone’s diary. Readers become attached to the characters, celebrating their triumphs and mourning their defeats. It is Baroud’s ability to humanize his characters that makes The Last Earth a memorable book.

Scholars such as Baroud, Chomsky and Pappé have been great advocates of the Palestinian cause and have important roles to play in promoting that cause. The most determined fighters of oppression, however, are the oppressed. In the process of telling their stories, Baroud shows that the Palestinians not as passive victims of Israeli colonialism but as active participants in their struggle for a free Palestine, reminding readers that only the Palestinian people can bring about true change in the region. Baroud’s most important contribution is to give powerful and eloquent voice to ordinary Palestinians in that quest. The Last Earth should be read by anyone interested in establishing peace and justice in Palestine.

Russell Hall is a PhD student in Political Science at Purdue University.