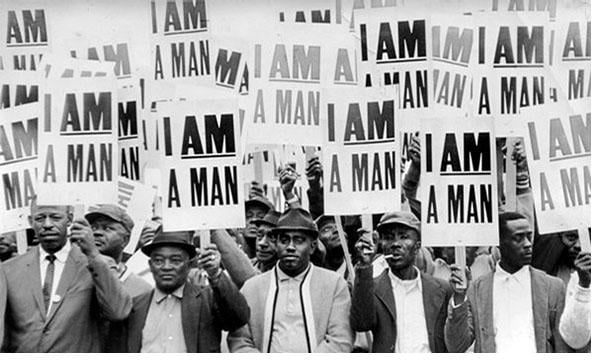 Slick operatives among the Black Misleadership Class have made an electoral pact with big capitalists that is totally against the interests of the Black working class.

Biden wins key state of Michigan and the Democrat Party establishment can barely contain its joy. I am happy also but for a different reason. No matter what happens with this twisted Democrat Party nomination drama, I welcome this period as a period of absolute political clarity. Why? Because for the internal debate and struggles among Black people, the lines of political and ideological demarcation between the interests of the Black neoliberal political class and the masses of Black workers and the poor have never been clearer.

I will provide some points to support this claim.

Success for Black candidates, beginning in the 1970s to Obama’s run in 2007-08, was dependent upon strong appeals to racial solidarity, directly or, in the case of Obama, indirectly. However, there was one very important element to this success that very few talked about. From Cleveland and Atlanta to Detroit and beyond, the appeal to Black solidarity for electoral victory marginalized or in most cases completely erased the devastating impact that the neoliberal project of the late 70s, 80s and 90s was having on the Black working class.

The Black working class was under enormous stress as a result of the changing role of Black labor generated by neoliberal macroeconomic restructuring. Yet, politically, the class interests and demands of the Black working class and poor were absent. Radical Black working class-based and/or -oriented organizations suffered tremendous repression. They were the first victims of the counterrevolutionary assaults by the state during the same period of electoral ascendancy by the new and expanded Black petit bourgeoisie in the 70s. The Black working class voice was missing and these ascendants were a force in their silence.

Class, therefore, was “disappeared” as a theoretical and analytical category, as well as a structural reality, by this ascendant class of managers, administrators and petty entrepreneurs.  This was at a time when it was most needed to help explain the profound changes that were occurring with the turn to neoliberalism, and the political and social changes that were taking place within the Black population.

Today, however, they have lived the experience of the ongoing and deepening crisis of neoliberal capitalism. With housing shortages, displacement, lost jobs, and the impoverishment of large sectors of the Black population, the ideological mystifications that blunted the hard realities of the grind, that is capitalism, has failed to convince new generations, especially today’s young people, that hard work and pulling one’s self up by one’s bootstraps is the formula for realizing the “American dream.”

For the young Black workers forced to flip burgers or work at Walmart, and for older Black workers downsized into service sector jobs when their union jobs were shipped to low-wage countries along with much of the industrial base of the U.S. economy, there is a growing awareness that the current economic system is unable to deliver the goods.

This is the fertile ground upon which a radical politics could emerge; and that is why the rulers are so concerned with the soft social democracy of the Sanders campaign. Adolph Reed points out that one of the main roles of the “Black brokerage stratum,” which we refer to at BAR as the Black Misleadership class, is to separate the Black masses from the broader struggles for social transformation.

That certainly seems to be the case in the Democrat Party nomination process. But the effectiveness of the Black misleadership class has been bolstered by a new sector within the Black population.

Much has been written about the supposed generational divide among Black people between older Biden supporters and younger voters who are supporting or leaning toward Sanders. Much of this is high priced consultant hype coming from the Biden camp and is dependent on a racist conception of Black tribalism. In this construction Black folks have “leaders” who speak for us and tell us what we are supposed to do, and we fall in line. So, some old, irrelevant Negro that most Black folks have never heard of named James Clyburn is supposed to have turned the tide for Biden, not only in South Carolina but across the South during Super-Tuesday and even in Michigan.

I don’t want to get into that nonsense in this essay. But I do want to suggest that there is another phenomenon that very few are talking about, which does involve Clyburn and rest of the Black Misleadership class. I am referring here to the intergenerational class collaboration within the Black petit bourgeoisie between the old guard and a whole new class of young, slick operatives in the campaigns of Joe Biden, Bloomberg and Elizabeth Warren.

This new group has enthusiastically taken up the brokerage politics and careerism of the more senior members of the misleadership class and are lending their skills, at a price, to the various campaigns, no matter what impact it might have on Black people. Let me give you an example. The Democratic Party establishment, with the active assistance of the liberal corporate media, engineered a new momentum for Biden coming out of Super-Tuesday. They pressured the two moderates who were splitting votes off from Biden to drop out and sent a new infusion of cash to Warren in order to give her the incentive to stay in the race through Super-Tuesday to split the progressive vote thus engineering, also, Sanders loss. When Sanders voiced this rather obvious truth the Biden campaign responded with a slick framing that suggested Sanders was criticizing the voters, and in particular black voters, as being part of the “establishment.”

The problem with this tactic is that it may be effective as a short-term objective if you are trying to get the candidate you are consulting over the finish line.  But for Black people, who continue to be used as political football, obscuring the fact that the Democratic Party is in fact controlled by powerful white imperialist interests is reactionary. Black folks, in particular Black workers, need to understand that the ruling elements that support the Democratic Party are the establishment and that they have interests completely counter to those of Black workers and the poor.

But this reality is of no interest to this sector of hustlers. They are there for the highest bidder to parlay their “insider knowledge” of our folks into big paychecks and symbolic influence. And they have a material incentive to reduce everything to race and “Blacksplaining” the mysterious contours of a “Black Agenda” that was produced by even more mysterious forces.

The good news is that unfortunately for the new class of race hustlers, they are staking their claim to influence at a historical moment when more of our folks now understand the role of the race pimps, and have already lived through the disappointing lack of progress with the election of Black mayors and eight years of the ultimate pimp—Barack Obama. Black folks today, especially the youth, have learned through painful experience about the limitations of capitalism, and understand that there is a difference between anti-racism and the struggle against the structures of white capitalist supremacy. There is a growing sophistication about the inherent exploitative logic of capitalism and its drive for war, and Black people’s relationship to this system and the state that it represents. So, it will be much harder for this new generation of opportunists to play the role that their opportunist elders played for so long.

There is a growing recognition that if these hustlers, many of whom pass themselves off as radicals, were really interested in confronting the system responsible for untold crimes against Black people—not only in the U.S. but globally—they could not in good conscience give uncritical support to any of these candidates. All of them have, without an ounce of shame, embraced the assumptions and goals of U.S. Full Spectrum Dominance, whose policies have resulted in the death of tens of thousands of Black people and the destruction of whole nations like Libya.

But this is the role of the Black Misleaders: to give cover to and divert our people’s attention away from the agenda and practices of white colonial/capitalist power domestically and abroad. James Clyburn, the CBC, and the new Negro race hustlers are all part of a dying but still dangerous political trend meant to demobilize radical Black opposition to capital, and to keep any spontaneous struggles against the state that might emerge, safely within the reformist boundaries of the existing power relations

This is the clarity that we are arriving at. The irreconcilable contradictions of racial capitalism have created conditions in which the traditional obscurantist role of the Black Misleaders is no longer tenable. They have been outed and are systematically outing themselves every day. They serve the enemy and we will deal with them as the enemy, because they are, and they can never hide again.