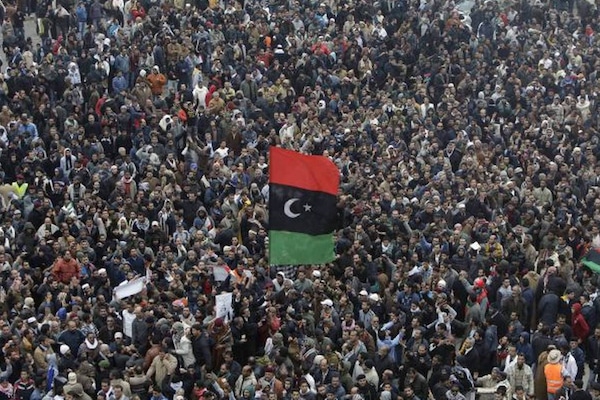 The Hindu Russia’s realpolitik on Libya – The Hindu

The series of debilitating military setbacks that Libya’s renegade general Khalifa Haftar suffered in recent months have spurred diplomatic activities over the conflict in the country. But the war is far from over.

Haftar’s dream of capturing Tripoli from the internationally recognized Government of National Accord (GNA) led by Prime Minister Fayez al-Sarraj has been dashed. Haftar’s Libyan National Army (LNA) has retreated from several cities northwest of Tripoli, near the border with Tunisia, as well as the al-Watiya airbase, a strategic asset southwest of the capital.

A comeback by Haftar can only take place in the fullness of time and that too, if his mentors—France, Egypt, United Arab Emirates (UAE), Saudi Arabia and Russia—repose confidence in him still. Haftar seems to have overreached, and the present setback dents his credibility.

Egypt reacted swiftly by getting Haftar and Aguila Saleh Issa, the head of the Tobruk-based House of Representatives—the third protagonist in the Libyan strife—over to Cairo for a patch-up, following which, on June 6, Egyptian President Abdel-Fattah al-Sisi announced a grandiose roadmap called the Cairo Declaration to end the Libyan conflict.

The Cairo Declaration envisages a ceasefire starting June 8 (which didn’t happen) followed by “disbanding militias, handing over their arms, pulling out foreign forces, electing a ruling presidential council representing all Libyans and drafting of a constitutional declaration to regulate elections for later stages.”

Sisi’s Cairo Declaration has been welcomed by the Gulf states and Russia, while the GNA backed by Turkey remains disinterested and hopes to make some more territorial gains so as to be able to negotiate from a position of strength. The GNA and Turkey estimate—rightly so—that any respite at this point will be utilized by Haftar and his backers to recoup and plan anew to return to the battlefield to make another bid to rule Libya.

In immediate terms, the bone of contention is the port city of Sirte and the al-Jufra airbase in the central region. Sirte is adjacent to the so-called “oil crescent” comprising Libya’s key oil terminals, and the GNA and Turkey intend to gain control over them.

As for al-Jufra airbase, the GNA and Turkey fear that Russia, which has a presence there, must be preempted from consolidating by bringing in reinforcements of mercenaries.

In tactical terms, the GNA and Turkey calculate that if the military pressure continues on Haftar, it will weaken him further, making it easier to eliminate him from the Libyan chessboard forever, depriving his backers of a surrogate figure.

For the first time after the latest phase of the conflict unfolded, Russian President Vladimir Putin engaged his Turkish counterpart President Recep Tayyip Erdogan in a phone conversation on June 10. The Kremlin readout said:

During their in-depth discussion of the developments in Libya, they expressed their concerns over the continued large-scale armed clashes in the country… Vladimir Putin noted that it was important to adhere to a ceasefire as soon as possible and to resume the intra-Libyan dialogue based on the decisions of the Berlin International Conference on January 19, 2020, and approved by UN Security Council Resolution 2510, as well as other initiatives aimed at a political and diplomatic settlement of the conflict.

Interestingly, Ankara refrained from issuing any customary press release regarding the conversation. Turkish media merely reported, citing presidential sources in Ankara, that the two leaders “discussed tensions in Libya and Syria’s Idlib province.” Evidently, Turkey didn’t want to commit to a ceasefire yet.

Prior to engaging with Erdogan, Putin had also held discussions with Egyptian President Sisi and German Chancellor Angela Merkel (who had called him) to take a coordinated stance on the Cairo Declaration as a basis for UN-sponsored intra-Libyan talks.

If Moscow’s intention was to hustle Erdogan, it hasn’t worked. Erdogan is hanging tough. It remains to be seen whether Erdogan would give up his military campaign to capture Sirte and the al-Jufra airbase when Haftar’s forces are demoralized and his mentors are still groping for a way forward. On the other hand, Russia is unlikely to give up the base easily and will bring in mercenaries to counter the GNA offensive.

According to reports, Russia recently transferred over a dozen fighter jets to al-Jufra. Turkey anticipates that Russia has plans to turn al-Jufra into a military base. The specter of Russia establishing a military base in Libya also haunts the U.S. and NATO. On June 10, Turkish Foreign Minister Mevlut Cavusoglu spoke with NATO Secretary-General Jens Stoltenberg regarding Libya as well as general security issues.

There is a congruence between Ankara, Brussels and Washington that any moves to establish a Russian military base in Libya must be preempted, as that would foreclose NATO’s planned intervention in Libya and future expansion plans in Africa, apart from weakening the alliance’s dominance of the Mediterranean while Russia strengthens its presence in the eastern Mediterranean and challenges Turkey’s historical preeminence in the region.

Indeed, a big contingent of Turkish forces and large quantities of weapons and aircraft have been transported audaciously across the Mediterranean along sea lanes and air space that are closely monitored by NATO, European Union and the United States. Yet, there has not been a single instance of interception—although there is a UN embargo on arms supplies to Libya.

Following a phone conversation with U.S. President Donald Trump on June 8 in which Libya was the main topic of discussion, Erdogan claimed that a “new era can begin” in Turkish-American relations. He added,

Erdogan stressed, “Now the goal is to take Sirte completely, including the surroundings of Sirte. These are the regions where oil wells are located. It will be much more comfortable as soon as they are handled.” Clearly, Erdogan calculates that Turkey’s success in Libya holds the potential to shape its relations with the United States.

Erdogan is all pumped up. As a top Saudi establishment commentator, Abdulrahman Al-Rashed, wrote on June 9,

In a move of a kind not seen since the fall of the Ottoman Empire 100 years ago, Turkey crossed the Mediterranean.

But Trump has since sprung a surprise by voicing support for a ceasefire. Washington is apprehensive over reports that Egypt may send its forces into Libya to stem the tide of the Turkish intervention. Besides, Turkey’s belligerence has prompted Greece, its perennial rival, to enter the fray, which puts two NATO countries at loggerheads.

No doubt, the Gulf states and Egypt remain stakeholders in Libya. The GNA is an offshoot of the Muslim Brotherhood, and there is hardly any scope for compromise. Although the GNA’s territorial control has doubled, it still controls only less than one-fifth of Libya, while LNA remains in possession of something like 60 percent of the country, including the oil fields.

Of course, if the Turkish forces seize Sirte and Benghazi, that would phenomenally change the rules of the game in Libya and throughout the region. But it is a bit early to speak of that.