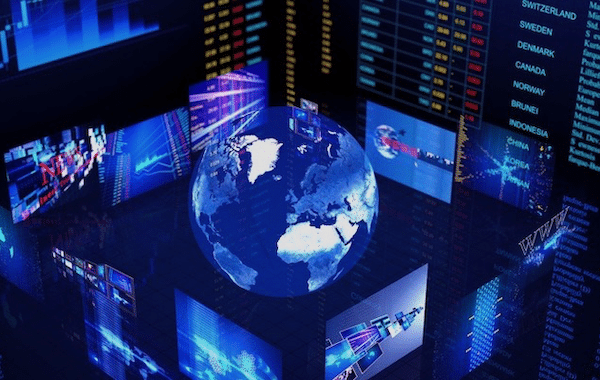 The Great American Firewall: On the Question of Censorship

It should not surprise anyone that China would take protective measures against the threat of U.S. imperialism in the realm of cyber technology.

The Great Firewall in China is a hot button subject that unites the most hawkish and militarist forces of the state with the so-called U.S. left. China’s legal exclusion of Google, Facebook, and other American corporate media from acceptable consumption is often viewed as the most obvious example of “authoritarianism.” Few in the U.S., even on the left, analyze censorship as a political question. Many instead debate the issue from the lens of American exceptionalism. Censorship is “bad” because it violates the right to “free speech”—which is supposedly a laudable feature of U.S. society. Yet the United States has its own firewall that, while criticized for its overreach, has yet to be characterized on equal terms with China’s firewall. This article sets out to demystify the two firewalls and the broader class struggle that undergirds their existence.

First, let us turn to China’s “Great Firewall.” China instituted the firewall just prior to the turn of the 21st century. The blockage of mainly Western and American websites has indeed caused a stir inside of China and has faced criticism from “netizens” for its lack of precision and convenience. But many in China also understand why the central government would take a hard stance on the filtration of information into the country. Even Hong Kong’s rightwing outlet, the South China Morning Post, has been forced to admit that China’s tough approach to cyber security has spurred the creation of homegrown social media giants and helped the country fend off attempts by U.S. imperialism to undermine national sovereignty.

While many consider the internet to be a public utility, the internet is also a weapon of U.S. militarism. In fact, as Yasha Levine surmises in his book Surveillance Valley, the internet was first and foremost a weapon of the U.S. military to expand mass surveillance and counterinsurgency activity. China is one of many countries that have fallen victim to these activities. In 1999, the U.S.-backed right-wing cult Falun Gong attempted to utilize the internet to organize opposition protests within the country. The Falun Gong receives funding from the U.S. Agency for Global Media, a State Department-backed organization responsible for CIA mouthpieces such as Radio Free Asia and Voice of America. China’s Great Firewall is in part a defense measure to curb possible infiltration of the anti-communist and pro-Trump Falun Gong organization, which in 2006 was given a press pass from the Bush Administration to interrupt and embarrass China’s President Hu Jintao during his speech on the White House lawn.

In March of 2020, China’s cybersecurity firm Qihoo 360 analyzed WikiLeaks’ Vault7 leak. Qihoo 360 concluded that the CIA had hacked into the country’s aviation, petroleum, and a host of other industries and government agencies for eleven years (2008-2019). The U.S. often complains that China’s firewall creates unfair economic competition yet Qihoo 360’s analysis suggests that business methods and possibly confidential information of consumers were stolen by the CIA to undermine China’s economic growth. Given that Vault7 also revealed that the CIA collects foreign malware with the potential aim of pinning its attacks onto other countries, the very real threat of cyberwarfare from the United States is an obvious factor in China’s adoption of strict cyber security measures.

There is a direct link between the Great Firewall and the need for China to defend itself from subversion from the CIA. Google has maintained a partnership with the CIA since 2004. Facebook, Twitter, and other social media are routinely used by the CIA and other intelligence agencies to spy on citizens through private firms dedicated to organizing information collected on these platforms. Silicon Valley tech corporations such as Microsoft possess lucrative deals with the Pentagon to enhance the murderous capabilities of the empire. It is no secret that the U.S. effort to “contain” China includes the use of military aggression whereby over half of all U.S. military assets now reside in the Asia Pacific . It should also not surprise anyone, then, that China would take protective measures against the threat of U.S. imperialism in the realm of cyber technology.

The Great Firewall is not ideal. Class struggle is not built on idealism. Class struggle is a byproduct of the uneven social relations that exist between classes and nations of people. In the case of China, a very conscious decision has been made to safeguard the self-determination of the country from the threat of imperial subversion through the worldwide web. Millions of people in China use VPNs to defy the firewall. However, millions more of the 800 million-plus internet users in China are satisfied with domestically produced sources of information precisely because “socialism with Chinese characteristics” has provided an ample market for online activity. While opinions on the firewall within China are diverse, it is ultimately up to the people of China to decide the best means of safeguarding their national interests.

The question of censorship cannot be separated from the global class struggle, which is why China’s firewall catches the gaze of the U.S. and West while the Great American Firewall is rarely discussed. Censorship in the United States is rampant. As the hegemonic global imperial power, the U.S. has asserted the full weight of its repressive apparatus on the mass media. A handful of corporations own all web browsing and social media, not to mention print and television outlets. These corporations shape all content and work hand and foot with the intelligence apparatus to suppress those deemed antagonistic to their interests. Russiagate accelerated this process through the rigging of algorithms to suppress the content of Black Agenda Report and other alternative outlets on social media and search engines. Social media corporations such as Twitter regularly ban accounts that express solidarity with China, Venezuela, and other nations that the U.S. seeks to destabilize and overthrow.

The Great American Firewall filters out the truth in place of imperialist lies. Leftists are systematically excluded from corporate platforms, and in the case of YouTube, demonetized and rendered virtually invisible. The Great American Firewall may allow social media profiles and YouTube channels to utter anti-establishment and revolutionary political ideas so long as they do not have any impact whatsoever on the development of society. Julian Assange represents the highest form of repression leveled upon those who pierce the Great American Firewall to bring truth to the masses. Assange is barely hanging onto life in the UK’s Belmarsh prison for the crime of exposing the inhumanity of U.S. wars and the farce that is the U.S. electoral process.

The farcical myths of American exceptionalism such as “free speech” facilitate a mass ignorance of the deadly censorship that Assange’s case represents. Any real leftist movement in the United States would do well to reexamine the material conditions that create the need for censorship and let go of anti-communist and racist stereotypes which only serve to cloud political judgement. While China is certainly a leading economic power, the Communist Party-led state is by no means a military hegemon. That position rests with the United States. The United States possesses the biggest military apparatus in the world by several proportions, one that is used to destroy and plunder the planet with impunity. Corporate media censorship has ensured that the struggles of oppressed people, whether Black Americans, Palestinians, Venezuelans, or Libyans, are systematically excluded from the U.S.’ so-called “free press,” including its online channels.

The Great American Firewall is a massively important tool of the U.S. imperial state that protects the interests of private capital and its overlords. How we talk about censorship is influenced by the ruling class’ imposition of ideological hegemony to support its political and economic hegemony. Censorship in China takes on a different character under the conditions of socialism. In China, living standards have improved dramatically, absolute poverty has been nearly abolished, and political and economic reforms have been implemented at a breakneck pace despite the existence of the firewall. In the U.S., increased censorship has been complimented by the growth of the prison population, the pauperization of all workers, and the development of a bipartisan consensus in Washington in favor of endless war and austerity. In other words, while China has changed dramatically in less than half a century, the United States remains stagnant and mired in a centuries-long settler colonial and imperialist project.

The principle aim of this article was to inspire a broader political and ideological debate on the question of censorship as it relates to the specific conditions that exist in relation to China and the United States. The fact remains that the U.S. is moving closer and closer to a dangerous military confrontation with China in a futile attempt to contain its growth. U.S. public opinion of China has hit a low point. A truly principled left and anti-imperialist movement expresses solidarity with anyone who, to paraphrase Malcolm X, is interested in ending the miserable conditions that exist on this planet. This includes nations such as China. As millions of people in the U.S. of all racial backgrounds begin to rethink the function of the police amid the uprising against the racist murders of George Floyd and Breonna Taylor, it is important that the issue of censorship be taken out of the narrow confines of American exceptionalism and scrutinized with the full context of the U.S.’ power structure of empire, racism, and capitalism in mind.