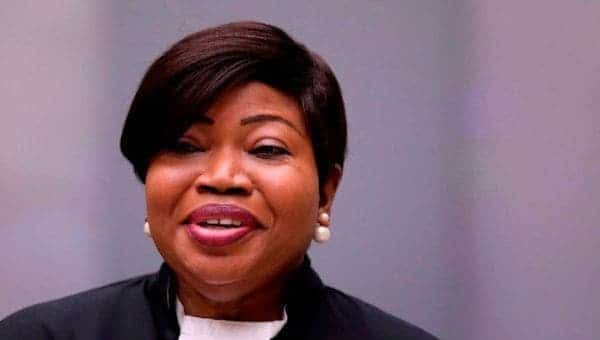 The United States government announced sanctions Wednesday against International Criminal Court (ICC) chief prosecutor Fatou Bensouda in response to an investigation aiming to determine if U.S. troops committed war crimes and crimes against humanity during the invasion of Afghanistan, beginning in 2001.

Justifying the decision, U.S. Secretary of State Mike Pompeo expressed during a press conference Wednesday that “the United States never ratified the Rome Statute, which created that court, and we don’t tolerate illegitimate attempts to submit U.S. citizens to its jurisdiction.”

The punitive measures, according to Pompeo, will also impact the Head of the Division of Jurisdiction, Complementarity, and Cooperation of the ICC’s Office of the Prosecutor, Phakiso Mochochoko, who has worked with Bensouda in the investigation on U.S. soldiers’ practices.

This measure follows previous actions initiated in April 2019, when the State Department announced it had revoked Bensouda’s visa, barring her entry to the United States.

Afterward, in June, President Trump signed an executive order which authorized sanctions on ICC officials who researched the actions of U.S. troops or those of its allies.

The United States has never recognized the jurisdiction of the ICC, based in The Hauge, Netherlands, and founded in 1998; however, until recently, it had limited itself to ignoring the court, yet never before has a U.S. administration adopted such a belligerent attitude towards the institution.

Since his January 2017 arrival to the White House, Trump has bashed the ICC for what he considers “decisions against Washington and its allies,” such as Israel, saying “the Court attempts to undermine U.S. sovereignty.”

The ICC’s investigation covers crimes committed in Afghan territory since May 1, 2003, by U.S. occupation forces and their allies. The ruling authorizing the inquiry states that “there is a reasonable basis to believe that crimes against humanity were committed” in a country that is indeed a signatory of the ICC.