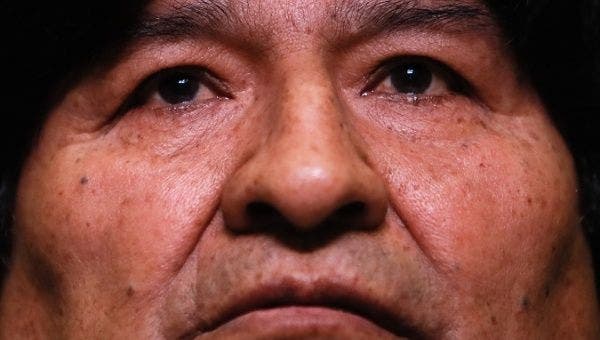 This is the first time in 23 years that Evo Morales is disqualified from an electoral campaign ever since he first entered the Legislature in 1997 | Photo: EFE/ Juan Ignacio Roncoroni

Former Bolivian president Evo Morales was disqualified on Monday from running as a candidate to the Senate after a constitutional court in the capital La Paz rejected his participation in the October 19 elections.

Last February, Bolivia’s Supreme Electoral Court ruled against Morales candidacy on the basis that it did not comply with the requirement of residence in the country. Following the November 10 coup, Evo Morales had traveled to Mexico and then to Argentina as the de facto government through the Prosecutor’s Office, issued several arrest warrants against Morales.

When the first ruling came out, Morales lawyers said they would appeal because the former president has maintained his polling place and has his legal address in a town in Cochabamba, so the residence argument does not apply.
However, the Movement for Socialism (MAS) party explained that the authorities had stripped him from his constitutional guarantees, which is why he has not returned thus far. Instead, he remains as a refugee in Argentina working for his party.

The MAS was nominating Morales as a candidate to the first senator for the Cochabamba department. After another constitutional court rejected a protection appeal filed by the defense, on September 1, 2020, the Second Constitutional Chamber of La Paz could not rule on the disqualification due to a tie between the judges.

“Under threats and pressure from processes, the adjudicator made an illegal and unconstitutional political decision. History shows that they will be able to disable Evo, but they will not be able to outlaw the people.”

As a result, the session was interrupted until today, when Judge Alfredo Jaimes was summoned as “deciding member.” The court ruled two votes in favor and one against as reported to the media by lawyer Jorge Tamayo.

Although the defense has said they will continue to appeal to the Plurinational Constitutional Court, the legal procedures will likely surpass the October 19 election date when Morales was supposed to participate.

This is the first time in 23 years that Evo Morales is disqualified from an electoral campaign ever since he first entered the Legislature in 1997. Nevertheless, polls show that the MAS party remains the largest political force in Bolivia, and candidate to presidency Luis Arce is set to win most of the departments.