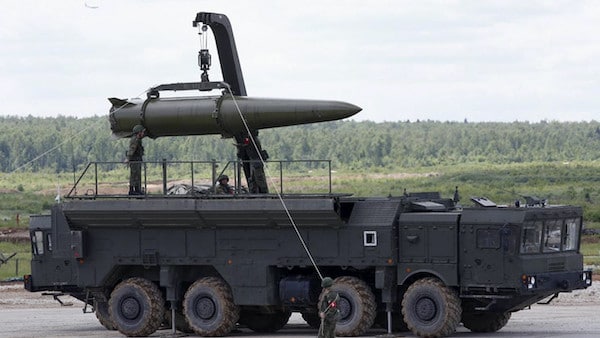 The hope for the extension of the New Strategic Arms Control Treaty (START) was revived on Tuesday, October 20, after Russia offered freezing the number of its nuclear warheads in a statement, along with a one-year extension of the deal.

The Russian foreign ministry said in a statement that, “Russia offers to extend the New START by one year and is ready to take on a political commitment with the United States to freeze the number of nuclear warheads both sides have for this period.”

The U.S. state department immediately welcomed the offer and declared that negotiations to settle the details will start soon.

The future of the crucial nuclear arms control treaty, first signed in 2010 between president Barack Obama and the then Russian president Demitry Medvedev, was uncertain after Trump refused to talk about its extension demanding China also join the treaty. China refused to be a part of any such deal.

The treaty caps the number of nuclear warheads at 1,550 for both Russia and the U.S. It also restricts the kind of deployment of the nuclear warheads by both the countries. If not extended the treaty will expire on February 5 next year.

The one-year extension would give both the countries enough time to discuss the future of the deal. As per the treaty, both countries can extend the treaty for a maximum of five years without ratification from the Congress.

The U.S. had rejected the offer made by Russia last week to extend the treaty for one year, demanding that the latter announces a freeze on the number of warheads as well. Russia agreed to do the same provided the U.S. should not put any other condition.

New START or START II is the last remaining major arms control treaty between Russia and the U.S. after the Trump administration pulled out of the Intermediate Range Nuclear Forces Treaty (INF) last year and the Open Sky treaty earlier this year.

Former president George W. Bush had pulled out of the Inter Ballistic Missiles treaty in 2002. It is feared that the demise of these treaties will lead to a new nuclear arms race in the world increasing the threats of nuclear meltdown.