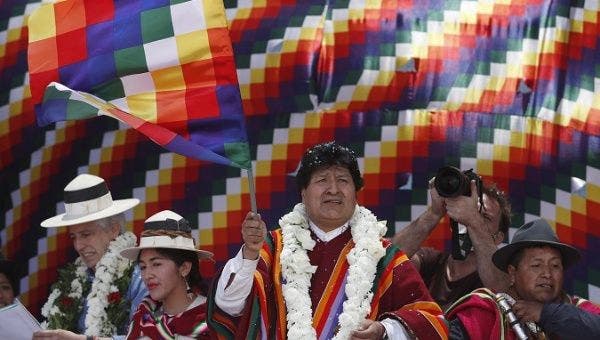 Former Bolivian President Evo Morales spoke about his government’s project to industrialize the nation’s lithium reserves during a press conference in Uyuni. Morales underlined that this initiative was suspended during the 11 months of the de facto government of Jeanine Áñez; nevertheless, he has indicated that newly elected president, Luis Arce, will now take it up again.

After considering that throughout history, humanity has always struggled to control natural resources, the indigenous leader stated that he had come to realize that “the West, that is, the industrialized countries, only want us Latin Americans to provide them with their raw material.”

Along this line, he brought up a message published in social networks by Tesla’s executive director, Elon Musk, in which he said, in an apparent ironic tone, that they would launch a coup wherever they wanted, in response to a user who reproached him for the U.S. has carried out a “coup d’état” in Bolivia to keep his lithium.

Intense was the joy in #Uyuni, land of lithium, where the villagers came out to welcome us and show their appreciation, but above all, the strength to always keep alive the hope for a tomorrow. Thank you, Uyunenses and Uyenensas!

The former Bolivian president Evo Morales explains that the coup d’état against him was due to the process of industrialization of lithium that he was trying to carry out.

“Tesla’s owner claims to have financed the coup d’état, only because of the lithium. In the United States, there is great concern about lithium, and this coup is about lithium. They don’t want us to get the added value to lithium as a state; they always want our natural resources to be in the hands of transnationals,” Morales emphasized.

The former Bolivian leader has said he remains convinced that “two or three countries will define the price of lithium for the world in the future” and has encouraged the rest of the Latin American nations to maintain their sovereignty over natural resources.

Morales, who resigned on November 10, 2019, after a coup d’état against him by the opposition, which did not recognize his re-election in the 2019 presidential elections, has offered this conference on the second day of his return tour to Bolivia. The journey brings him back from Argentina for the first time after a year in exile. He started from the south and is traveling toward the Andean nation’s center, with different stops with social events and rallies in those regions of the country where he has more support.

The former president @evoespueblo visiting his home in the town of Orinoca, Oruro.
The former Bolivian president returns home after a year of exile between Mexico and Argentina. @teleSURtv
Monthly Review does not necessarily adhere to all of the views conveyed in articles republished at MR Online. Our goal is to share a variety of left perspectives that we think our readers will find interesting or useful. —Eds.