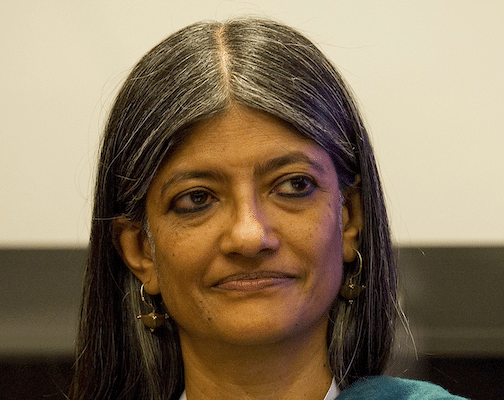 Note: Opening the Miami Institute’s economics forum, Jayati Ghosh presents severe and persistent forms of discrimination and power imbalances in economic analyses, and underscores older and newer networks of scholars pushing back against these tendencies.

Recently, mainstream economics has been forced to acknowledge some of the explicit and implicit forms of discrimination and bias that are rampant in the discipline, thanks in particular to some brave interventions by some women economists. The focus of these interventions has been on still-pervasive patriarchal and racist attitudes that are evident within the discipline in the Global North, particularly in the United States–such as the now-famous blog by Claudia Sahm: “Economics is a disgrace.” While these are critical concerns, there are other severe and persistent forms of discrimination and power imbalances in economic analyses that have not been the focus of attention, which have also operated to impoverish the discipline.

I would like to highlight two of these in particular: the hegemony of one particular approach to both theory and applied economics, falling broadly within what can be described as the neoclassical framework and the denigration of alternative approaches; and the neglect of and ignorance about economic research and analysis done by scholars who are not located in the Global North, especially those writing in languages other than English. I believe that there is no other discipline or branch of knowledge—whether in the natural or social sciences or in the humanities—that has been so driven by geographic location and ideological determinism.

Consider the second issue first: the extent to which the mainstream economics discipline is completely dominated by the North Atlantic, whether in terms of prestige, influence, or the ability to determine the content and direction of what is globally accepted in the discipline. Just as an example, all the 84 prizes awarded by the Swedish Central Bank Prize in memory of Alfred Nobel (falsely called the Economics Nobel Prize) have gone to economists resident in the North, and essentially living and working in the U.S. and Europe. The North Atlantic still dominates in “recognised” publications and in setting the research agendas in the field of economics and the policy agendas across governments. The enormous knowledge, insights and contributions to economic analysis that are made by economists located in the Global South are largely ignored, almost certainly by those in the North, but even (sadly) by economists in other parts of the South. Theoretical contributions are generally assumed to be made only by those who are resident or working in the North, who also feel able to comment on economic conditions and processes everywhere in the world, with a confidence unmatched by those resident elsewhere, and with far greater likelihood of being taken seriously.

In development economics there is an even worse tendency, of treating those in the South as the objects of study and policy action (with its economists often becoming glorified research assistants in international research projects), while “real” knowledge is supposedly created in the North and disseminated outwards. Increasingly, this attitude verges on or collapses into the unethical, especially given the growing tendency of economic policy to lapse into social engineering. The recent craze in development economics personified by the “randomistas” exemplifies this. There has been much outcry and disgust about some Randomised Control Trials being conducted (inevitably) on poor people in the developing world, for example those that have involved cutting off water supply to see if that incentivises bill payments, or checking whether poor parents will send only their better performing children to school once they are informed about their results. Clearly, quite apart from the numerous methodological problems with such studies, this shows the extent to which at least some economists have completely lost moral compass, and the strong class/regional forces at work whereby the poor, and especially those in developing countries, can be experimented on in this way. The rot goes beyond those conducting such studies, to the research funders, the international organisations, the editors of journals and the university teachers who put such studies into their course material, when they would never consent to similar studies of their own behaviour.

The location bias is compounded and further aggravated by an ideological bias that tends to dismiss and marginalise alternative theories and approaches, many of which also have impressive (though underrated) historical lineages and provide often much more relevant and useful analyses of how economies actually work and the implications of different economic policies. For example, an edited volume on “Alternative Theories of Economic Development” that I co-edited with Erik Reinert and Rainer Kattel indicated the long historical tradition, analytical richness and continuing relevance of many ideas and theories of economic processes and transformation that have proved to be vital to the improvement of the human condition, but remain relatively unknown and neglected by most mainstream economists. There is no doubt that much of this occurs not only because of innate bias among such economists, but also because the economics discipline increasingly serves the power of large capital and its supporting states: effectively the power of kleptocracy, at national and international levels. Because many critical issues are “assumed away,” theoretical “results” (and even some problematic empirical analyses) reinforce existing power structures and imbalances. Too many so-called “top” academic journals effectively encourage trivial pursuits, by publishing esoteric models that provide additional “value” only by relaxing one small assumption or providing a slightly different econometric test of earlier versions. These economic models and analyses are promoted and valorised precisely because they do not challenge the existing power structures in any significant or systematic way.

As a result, deeper systemic issues like the exploitation of labour by capital and the unsustainable exploitation of nature by forms of economic activity, of labour market segmentation by social categories that allows for differential exploitation of different types of workers, of the appropriation of value, of the abuse of market power and rent-seeking behaviour by large capital, of the use of political power to push economic interests including of cronies, of the distributive impact of fiscal and monetary policies—all these are swept aside, covered up and rarely brought out as the focus of analysis. The continuing concerns with GDP as a measure of progress are similarly ignored, and despite the conceptual and methodological flaws in its calculation, it simply continues to be used as the basic indicator to track, just because it’s there. All these sleights of hand occur at the global level with regard to the international economic and financial architecture; within countries at the level of macroeconomic policies; and in much microeconomic analysis and in the development industry that claims to focus on poverty reduction.

Being in the service of power has required the enforcement of strict power hierarchies within the discipline, so as to suppress the emergence and spread of alternative theories, explanations and analysis. These combine with the other forms of discrimination (by gender, race/ethnicity, location) to exclude or marginalise alternative perspectives. One way this works is through the tyranny of “top journals” and their gatekeepers. Academic jobs as well as jobs as economists in other organisations are dependent on the applicant’s publications; these publications are “ranked” according to the supposed quality of the journal they are in, in a system that openly and aggressively keeps out journals that publish articles from alternative perspectives; promotions and further success in the profession depend on these markers, which in turn continue to disincentivise those who would like to extend their analysis or break away from this mould.

All this, when combined with insufficient attention to history and a surprising unwillingness to engage seriously with other disciplines (especially other social sciences that are seen as “soft”) has greatly impoverished economics. A better sense of history would not only provide more insight (and humility) to analyses of economic processes; it would also force economists to recognise that we cannot view these processes in isolation from broader socio-political contexts and the very power imbalances that are sought to be assumed away. The worm’s eye view that has become so popular in development economics, for example, has also led to a shift in the discipline away from trying to understand evolutionary processes and macro tendencies to a focus on the particular, to microeconomic patterns and proclivities that effectively erase the background and context that shape economic behaviour and responses.

Fortunately, there is growing pushback against these tendencies, globally and within the current bastions in the North Atlantic. There are older and newer networks emerging that call for more varied, sophisticated, nuanced and relevant understanding of economies, and many of them are challenging the rigidities and power structures within the mainstream discipline. I list some of the networks I am familiar with below:

This is a South-led pluralist network of progressive economists across the world, engaged in research, teaching and dissemination of critical and heterodox analyses of economic policy and development. The organization is based in the South and led by economists based in several developing countries, but membership of the network is open to all those committed to developing and using alternative heterodox tools of economic analysis appropriate for meeting contemporary development challenges. It has run conferences and training programmes and publishes a Working Paper Series. (Disclaimer: I am the Executive Secretary.)

This is a group of mostly young and spirited women economists leading a network of economists that aim to promote inclusiveness in economics, both in terms of academic content and in its institutional structures, working to promote an economics field free of discrimination, including sexism, racism and discrimination based on approach and geography. It seeks more equal representation in terms of identity, more openness in terms of theoretical and methodological approach, and decolonising economics by tackling the historically produced Eurocentrism in our field and its claim to neutrality and universality.

This is an open, diverse community of academics, activists, policy theorists and practitioners from around the world, seeking to further gender-aware and inclusive economic inquiry. It runs an annual conference and the journal Feminist Economics to provide space for different theoretical perspectives and advance gender-based research on contemporary economic issues.

This is a recently formed an international network of students, academics and professionals hoping to build a better economics in society and the classroom. They are a global network with branches in several different countries.

This is an initiative for the Institute for New Economic Thinking (INET) which provides support to students, young professionals and others who embrace new and critical ways of thinking about the economy, and connects them to economists associated with INET. They run Working Groups and conferences.