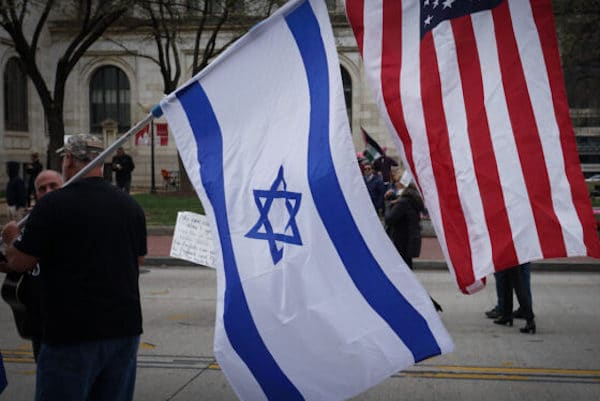 The instinct among parts of the left to cheer lead the right’s war crimes, so long as they are dressed up as liberal “humanitarianism”, is alive and kicking, as Owen Jones reveals in a column today on the plight of the Uighurs at China’s hands.

The “humanitarian war” instinct persists even after two decades of the horror shows that followed the invasion and occupation of Iraq by the U.S. and UK; the western-sponsored butchering of Libya’s Muammar Gaddafi that unleashed a new regional trade in slaves and arms; and the west’s covert backing of Islamic jihadists who proceeded to tear Syria apart.

In fact, those weren’t really separate horror shows: they were instalments of one long horror show.

The vacuum left in Iraq by the west–the execution of Saddam Hussein and the destruction of his armed forces–sucked in Islamic extremists from every corner of the Middle East. The U.S. and UK occupations of Iraq served both as fuel to rationalise new, more nihilistic Islamic doctrines that culminated in the emergence of Islamic State, and as a training ground for jihadists to develop better methods of militarised resistance.

That process accelerated in post-Gaddafi Libya, where Islamic extremists were handed an even more lawless country than post-invasion Iraq in which to recruit followers and train them, and trade arms. All of that know-how and weaponry ended up flooding into Syria where the same Islamic extremists hoped to establish the seat of their new caliphate.

Many millions of Arabs across the region were either slaughtered or forced to flee their homes, becoming permanent refugees, because of the supposedly “humanitarian” impulse unleashed by George W Bush and Tony Blair.

One might imagine that by this stage liberal humanitarianism was entirely discredited, at least on the left. But you would be wrong. There are still those who have learnt no lessons at all–like the Guardian’s Owen Jones. In his column today he picks up and runs with the latest pretext for global warmongering by the right: the Uighurs, a Muslim minority that has long been oppressed by China.

Those of us who oppose Western militarism and atrocities committed by Western allies must also stand in solidarity with China's Uighur Muslims.https://t.co/DarOxemAHN

After acknowledging the bad faith arguments and general unreliability of the right, Jones sallies forth to argue–as if Iraq, Libya and Syria never happened–that the left must not avoid good causes just because bad people support them. We must not, he writes:

sacrifice oppressed Muslims on the altar of geopolitics: and indeed, it is possible to walk and to chew gum; to oppose western militarism and to stand with victims of state violence. It would be perverse to cede a defence of China’s Muslims–however disingenuous–to reactionaries and warmongers.

But this is to entirely miss the point of the anti-war and anti-imperialist politics that are the bedrock of any progressive left wing movement.

Jones does at least note, even if very cursorily, the bad-faith reasoning of the right when it accuses the left of being all too ready to protest outside a U.S. or Israeli embassy but not a Chinese or Russian one:

Citizens [in the west] have at least some potential leverage over their own governments: whether it be to stop participation in foreign action, or encourage them to confront human rights abusing allies.

But he then ignores this important observation about power and responsibility and repurposes it as a stick to beat the left with:

But that doesn’t mean abandoning a commitment to defending the oppressed, whoever their oppressor might be. To speak out against Islamophobia in western societies but to remain silent about the Uighurs is to declare that the security of Muslims only matters in some countries. We need genuine universalists.

That is not only a facile argument, it’s a deeply dangerous one. There are two important additional reasons why the left needs to avoid cheerleading the right’s favoured warmongering causes, based on both its anti-imperialist and anti-war priorities.

Jones misunderstands the goal of the left’s anti-imperialist politics. It is not, as the right so often claims, about left wing “virtue-signalling”. It is the very opposite of that. It is about carefully selecting our political priorities–priorities necessarily antithetical to the dominant narratives promoted by the west’s warmongering political and media establishments. Our primary goal is to undermine imperialist causes that have led to such great violence and suffering around the world.

The best measure–practical and ethical–for the western left to use to determine which causes to expend its limited resources and energies on are those that can help others to wake up to the continuing destructive behaviours of the west’s political establishment, even when that warmongering establishment presents itself in two guises: whether the Republicans and the Democrats in the United States, or the Conservatives and the (non-Corbyn) Labour party in the UK.

We on the left cannot influence China or Russia. But we can try to influence debates in our own societies that discredit the western elite headquartered in the U.S.–the world’s sole military superpower.

Our job is not just to weigh the scales of injustice–in any case, the thumb of the west’s power-elite is far heavier than any of its rivals. It is to highlight the bad faith nature of western foreign policy, and underscore to the wider public that the real aim of the west’s foreign policy elite is either to attack or to intimidate those who refuse to submit to its power or hand over their resources.

That is what modern imperialism looks like. To ignore the bad faith of a Pompeo, a Blair, an Obama, a Bush or a Trump simply because they briefly adopt a good cause for ignoble reasons is to betray anti-imperialist politics. To use a medical analogy, it is to fixate on one symptom of global injustice while refusing to diagnose the actual disease so that it can be treated.

Requiring, as Jones does, that we prioritise the Uighurs–especially when they are the momentary pet project of the west’s warmongering, anti-China right–does not advance our anti-imperialist goals, it actively harms them. Because the left offers its own credibility, its own stamp of approval, to the right’s warmongering.

When the left is weak–when, unlike the right, it has no corporate media to dominate the airwaves with its political concerns and priorities, when it has almost no politicians articulating its worldview–it cannot control how its support for humanitarian causes is presented to the general public. Instead it always finds itself coopted into the drumbeat for war.

That is a lesson Jones should have learnt personally–in fact, a lesson he promised he had learnt–after his cooption by the corporate Guardian to damage the political fortunes of Jeremy Corbyn, the only anti-war, anti-imperialist politician Britain has ever had who was in sight of power.

Anti-imperialist politics is not about good intentions; it’s about beneficial outcomes. To employ another medical analogy, our credo must to be to do no harm–or, if that is not possible, at least to minimise harm.

Which is why the flaw in Jones’ argument runs deeper still.

The anti-war left is not just against acts of wars, though of course it is against those too. It is against the global war economy: the weapons manufacturers that fund our politicians; the arms trade lobbies that now sit in our governments; our leaders, of the right and so-called left, who divide the world into a Manichean struggle between the good guys and bad guys to justify their warmongering and weapons purchases; the arms traders that profit from human violence and suffering; the stock-piling of nuclear weapons that threaten our future as a species.

The War Industry has proved very lucrative for the UK. Two-thirds of all armies line up to train on British soil each year, including armies the UK itself lists as human rights abusers. Here I explain how war still lies at the heart of the western mission https://t.co/SL2MA1jhUJ

Yes, Russia and China have armies too. But no one in the west can credibly believe Moscow or Beijing are going to disarm when the far superior military might of the west–of NATO–flexes its muscles daily in their faces, when it surrounds them with military bases that encroach ever nearer their territory, when it points its missiles menacingly in their direction.

Jones and George Monbiot, the other token leftist at the Guardian with no understanding of how global politics works, can always be relied on to cheerlead the western establishment’s humanitarian claims–and demand that we do too. That is also doubtless the reason they are allowed their solitary slots in the liberal corporate media.

When called out, the pair argue that, even though they loudly trumpet their detestation of Saddam Hussein or Bashar al-Assad, that does not implicate them in the wars that are subsequently waged against Iraq or Syria.

This is obviously infantile logic, which assumes that the left can echo the rhetoric of the west’s warmongering power-elite without taking any responsibility for the wars that result from that warmongering.

But Jones’ logic is even more grossly flawed than that. It pretends that the left can echo the rhetoric of the warmongers and not take responsibility for the war industries that constantly thrive and expand, whether or not actual wars are being waged at any one time.

The western foreign policy elite is concerned about the Uighurs not because it wishes to save them from Chinese persecution or even because it necessarily intends to use them as a pretext to attack China. Rather, its professed concerns serve to underpin claims that are essential to the success of its war industries: that the west is the global good guy; that China is a potential nemesis, the Joker to our Batman; and that the west therefore needs an even bigger arsenal, paid by us as taxpayers, to protect itself.

The Uighurs’ cause is being instrumentalised by the west’s foreign policy establishment to further enhance its power and make the world even less safe for us all, the Uighurs included. Whatever Jones claims, there should be no obligation on the left to give succour to the west’s war industries.

Vilifying “official enemies” while safely ensconced inside the “defence” umbrella of the global superpower and hegemony is a crime against peace, against justice, against survival. Jones is free to flaunt his humanitarian credentials, but so are we to reject political demands dictated to us by the west’s war machine.

The anti-war left has its own struggles, its own priorities. It does not need to be gaslit by Mike Pompeo or Tony Blair–or, for that matter, by Owen Jones.