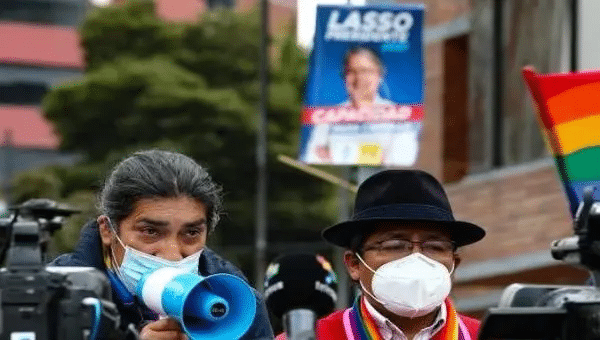 Ecuador’s Contentious Electoral Tribunal (TCE) Sunday rejected the vote recount of over 50 percent of the ballots and confirmed that U.S.-backed “eco-socialist” candidate Yaku Perez was out of the runoff election scheduled for April 11.

With this decision, TCE ratified that the Union for Hope Alliance (UNES) candidate Andres Arauz and Creating Opportunities (CREO) candidate Guillermo Lasso were the winners of the first round of elections held on Feb. 7.

On March 8, Perez requested a recount of over 20,000 tally sheets from the first round of elections due to alleged inconsistencies.

During yesterday's Expanded Council of the @CONAIE_Ecuador, the president of the Waorani Nationality announced that his people are throwing their support behind leftist candidate Andres Arauz.

“The claim of widespread fraud has no legal basis, so we ratify the results issued by the National Electoral Council (CNE) on February 17,” TCE stated.

The Indigenous leader called the ruling “deplorable” and added that “the TCE has just attacked the people’s will, wounding Ecuador’s democracy.”

In early March, the CNE reviewed 31 of the nearly 40,000 electoral records nationwide due to Perez’s insistence. In that recount, he received another 612 votes. However, that did not change the vote percentage he got on Feb. 7.