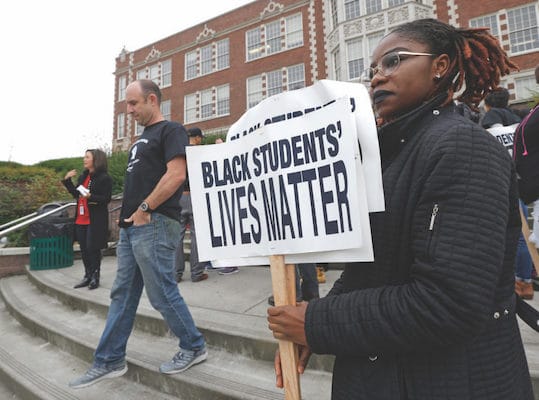 The alphabet is abolitionist.

This powerful statement comes from an 1867 Harper’s Weekly editorial rallying its mostly Northern readers to the fight for robust public education as part of the post-Civil War reconstruction of the South. It rightly rooted this struggle in the violent denial of literacy under the slavocracy. In that context, learning–or teaching others–to read and write was indeed abolitionist.

Lawmakers in a growing number of states are attempting to pass legislation that would require teachers to lie to students about the past and present. The bill introduced in the Missouri legislature exemplifies a rash of similar bills–in Arizona, Arkansas, Idaho, Iowa, Louisiana, New Hampshire, Ohio, Oklahoma, North Carolina, Rhode Island, Tennessee, Texas, Wisconsin, West Virginia, and others. It bans teaching that “identifies people or groups of people, entities, or institutions in the United States as inherently, immutably, or systemically sexist, racist, anti-LGBT, bigoted, biased, privileged, or oppressed.”

Since these laws seem to be written with the intent to confuse, let’s focus on just a few terms from the comma-laden lists of the Missouri law: institutions, systemically, racist. Under the Missouri legislation an educator could not, without penalty, teach their students that the authors of the U.S. Constitution (establishing the institutions of the U.S. government) included multiple protections for enslavers and slavery (another institution), making white supremacy (racism) foundational (systemic), to the United States.

To put it another way, in 2021, when children look around at the vast inequalities apparent in every corner of their daily lives–where the wealth of a typical white family is 10 times that of a typical Black family, where a Black person is three times as likely to die in childbirth as a white person, and where African Americans are five times as likely to be in prison as their white counterparts–and ask, “Why? Why is it like this?” that child’s teacher would be prohibited from answering their student’s earnest and urgent question.

These laws peddle in bait-and-switch tactics, using the language of anti-discrimination to mask their perpetuation of a discriminatory and unjust status quo. Louisiana’s “divisive concepts” law lists “That one race or sex is inherently superior or inferior to another race or sex” as its very first banned concept. No disagreement there. But further down the “divisive concepts” list we find “That either the United States of America or the state of Louisiana is fundamentally, institutionally, or systemically racist or sexist.” Using the bait of anti-racism and anti-sexism, the law switches to demand educators repudiate the very existence of racism or sexism at all. This in a state where Black women face the worst pay gap in the country, earning a median $26,488 a year in wages, compared with $55,386 in median annual wages earned by white men there.

By banning educators from teaching about these realities, lawmakers seek to deny young people the right to understand–and so effectively act upon–the world they’ve been bequeathed. These bills are an attack on democracy itself.

And they are part of the larger white supremacist project of disenfranchisement and starvation of public goods. For the last decade, voter suppression has been a signature of Republican state legislators: voter ID laws to voter roll purges, gerrymandering to poll closures, all of which disproportionately disenfranchise Black, Brown, poor, young, elderly, and disabled voters. The rich get richer while public schools (in which a majority are students of color and poor) literally crumble, educators scrounge to make sure students have basic supplies, and school nurses, counselors, and librarians are treated as optional. During the pandemic, U.S. billionaires increased their wealth by $1.6 trillion or 55 percent. Yet, Senate Minority Leader Mitch McConnell has called any increase to the corporate tax rate (which was eviscerated under President Trump) a “red line.” In the context of these policy priorities, it’s worth asking what function this recent spate of anti-education bills serve.

Noting that many of these bills seek to regulate or ban educators’ use of “critical race theory” and the New York Times’ “1619 Project,” Dr. Greg Carr, associate professor of Africana Studies at Howard University, said, “It’s not about critical race theory. The numbers you must keep in mind are not 1619, nor 1776. The four numbers you need to keep in mind are 2022.” Indeed, these bills are not just about a struggle over history, but an effort to seize control of politics in the present. The bill in Texas is particularly instructive as it specifically targets how teachers address “current events or widely debated and currently controversial issues of public policy or social affairs.” It also bans schools from providing course credit for student activism, including practicums, service learning, and internships. These bills attempt to deny our students not only an honest history of our country, but also models of activism for making it fairer today. They are a recipe not for democratic engagement, but for ignorance–and obedience to the status quo. 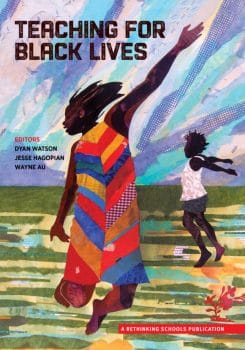 As dangerous as they are, we view these bills as a victory for the movements of which we are a part and with which we act in solidarity. As Benjamin Franklin is said to have remarked, “One doesn’t make laws to prevent the sheep from planning insurrection.” In other words, no one creates a law based on what they believe to be impossible. Republican lawmakers across the country are acting because the ground is shifting. Following the summer uprisings for racial justice in 2020, which were by some accounts the largest in U.S. history, thousands of teachers committed to learning more about the United States’ long history of white supremacy and to teaching their students about the equally long struggles for justice that continue to this day. Thousands of teachers attended dozens of webinars and teach-ins, sponsored by Rethinking Schools and the Zinn Education Project, or purchased Teaching for Black Lives and other books to help them infuse racial justice into their curricula and classrooms. Last year three times as many schools participated in the Black Lives Matter at School’s week of action compared to the year before. School districts across the country voted to eliminate or suspend their policing-in-schools programs, making progress toward one of the key demands of Black Lives Matter at School: Fund counselors not cops. Young people across the country are witnessing the power of activism firsthand; as key places where they are invited to reflect, analyze, and learn more about what is happening and why, our classrooms have become the target of reactionaries.

But we can and will fight back. Unions at all levels should organize against these attacks on teachers’ right to fulfill one of their core ethical responsibilities: to not lie to children. We welcome the opposition to these bills offered by NEA, AFT, and professional organizations like the National Council for the Social Studies. Now they must take the next step by marshaling their resources and members to coordinate robust national and local resistance.

Many teachers are already resisting. Thousands have signed a pledge, organized by the Zinn Education Project, that reads in part:

We the undersigned educators will not be bullied. We will continue our commitment to develop critical thinking that supports students to better understand problems in our society, and to develop collective solutions to those problems. We are for truth-telling and uplifting the power of organizing and solidarity that move us toward a more just society.

The bad news is that right-wing legislators across the country are attempting to reach into our classrooms to censor a curriculum that encourages students to question injustice and to see themselves as capable of making the world a better place. The good news: Educators everywhere are refusing to be silenced, refusing to let a conservative agenda dictate what they teach their students. Erin Chisholm, a high school history teacher in Glendale, Arizona, defiantly wrote in her “Pledge to Teach the Truth”: “The truth is worth more than the $5,000 fine the state of Arizona wants to slap on me if I allow my students to become critical thinkers.” And elementary teacher Trechiondria Lathan, from Iowa City, Iowa, wrote:

I will not simply comply with racist laws, or be disrespected, dismissed, and traumatized by administrators and political leaders who proudly inflict harm on BIPOC students, families, and educators across the nation. In the words of Angela Davis, ‘I am no longer accepting the things I cannot change. I am changing the things I cannot accept.’