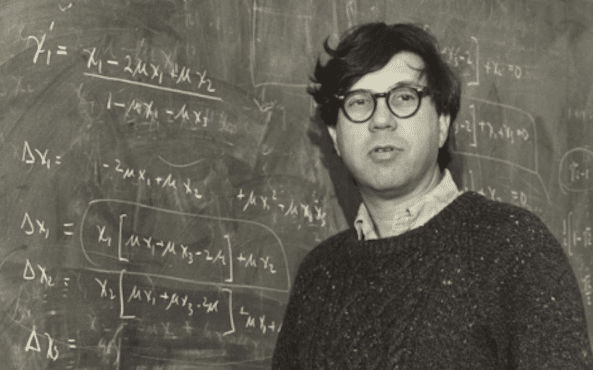 On 4 July, the celebrated evolutionary biologist Richard Lewontin sadly passed away at the age of 92. Rare among scientists, Lewontin’s science and politics were guided by a conscious philosophical outlook, which he staunchly and unapologetically defended throughout his life. Lewontin was a Marxist, and therefore a dialectical materialist. Through his work, he gave the world a glimpse of the rich possibilities of applying a conscious dialectical approach to the study of nature.

Born in New York in 1929, Lewontin was a student of the celebrated evolutionary biologist T. Dobzhansky at the University of Columbia, from which he graduated in 1954. Dobzhansky had fled Russia at the time of the October Revolution and was bitterly hostile to Marxism. Lewontin wasn’t afraid to clash with his mentor, and the two had an antagonistic relationship that apparently was not at all to the displeasure of his teacher.

By the 1960s, Lewontin was carrying out pioneering work. In the era before gene sequencing, he and his colleague, J. L. Hubby, published two papers studying genetic variation across populations by measuring levels of proteins. They first applied their new techniques to measuring genetic differences in fruit fly populations, discovering huge and–at that time–unexpected genetic variation between individuals.

Lewontin would later apply the same method to the study of genetic variation across human populations. What he discovered completely exploded the biological justification for racism and the notion that the division of humanity into ‘races’ is in any way scientific.

By studying variations in blood types and various proteins across different geographical regions, Lewontin found that 85% of genetic variation within our species can be accounted for by variation between individuals within populations, whilst 7% could be attributed to local geographical differences, and only 7% to variation between superficially distinct ‘races’.

In other words, Lewontin showed that far from being biologically sound categories, the division of the human species into so-called ‘races’ according to superficial differences cannot be justified on the basis of genetics. The significance of race hinges purely on superficial differences, which have taken on a social significance historically with the rise of capitalism, and with it slavery and colonialism, which gave an impulse to the creation of a racial hierarchy.

In Biology as Ideology, Lewontin explained the impact capitalism has had on the sciences, and in particular on biology, which the ruling class forever abuses for its own end. Under capitalism, we are treated as social atoms. This system gives each of us “equality of opportunity” from birth–or so we are told. Our success or failure in life is therefore down to our own innate qualities. In the age of DNA, we are told that it’s “all in our genes”. Some are genetically predisposed to be faster, stronger, more intelligent, and as such more likely to succeed. The implication is that the rich are only rich because they have better genes. By the same logic, poorer nations are only poor because of their inferior genetic material. The racist overtones of this idea hardly need spelling out.

In the 1970s, prominent individuals in the field of biology were once more taking up the reductionist philosophy that it’s “all in our genes”. In so-called ‘evolutionary psychology’, Steven Pinker set out to explain human psychological states by reference to genetic adaptation; in ‘sociobiology’, E. O. Wilson attempted to explain all sorts of sociological phenomena through our genes, drawing an analogy between the evolved behaviour of ants and human social phenomena; meanwhile in The Selfish Gene, Richard Dawkins painted organisms as mere vessels for the genetic replicators in our DNA.

At Harvard, Lewontin fought tirelessly against these prejudices masquerading as science along with his colleagues and comrades, Richard Levins and Stephen J Gould, both of whom were likewise influenced by Marxist ideas.

Lewontin understood that it was no accident that time and again these reactionary ideas penetrate the sciences. These ideas rest on a certain philosophical outlook, which derives from the outlook and interests of the ruling class. As Lewontin and Levins explained in The Dialectical Biologist, their whole life they had fought “the mechanistic, reductionist, and positivist ideology that dominated our academic education and that pervades our intellectual environment.”

It is precisely the logic of reductionism–in the form of what Lewontin called “biological determinism”–that brings us back to racial hierarchies, ‘criminality genes’, ‘intelligence genes’, ‘sexism genes’, and all the other garbage that has been dressed up as ‘biological science’ to justify the status quo.

The reductionist view sees the whole as nothing more than the sum of its parts. If we see war, greed and oppression in society, it is only because we are individually war-like, greedy and oppressive. In turn, if we are each only an expression of our genes, which have evolved to make us this way because these traits give us a better chance of survival. These ‘theories’ suggest that our physiological, psychological and social traits are programmed into our genes, with a straight line of cause and effect between the latter and the former.

In opposition to this view, Lewontin counterposed a dialectical understanding of the interaction between an organism, its genetic material and its environment. Far from the environment moulding species, species also mould their environment, creating their own ecological niches in the course of a species’ history. As well as eating vegetation from their environment, herds of wildebeest will fertilise that same soil. They will attract predators, who in turn will have an impact on the environment.

Far from being programmed by their genes, organisms and species are formed by a complex interplay between themselves, their genes and their environment. How we each develop is a product of not only our genes, but the chemistry of the womb, our nutrition growing up, our environmental and social stimuli, the medicines that we take that can render a genetic mutation that in one generation would have invariably been harmful into something completely harmless.

As Lewontin himself explained in Not in our Genes, refuting the particularly pernicious idea that there is some sort of ‘intelligence gene’:

Neither for IQ nor for any other trait can genes be said to determine the organism. There is no one-to-one correspondence between the genes inherited from one’s parent and one’s height, weight, metabolic rate, sickness, health, or any other nontrivial organic characteristic… every organism is the unique product of the interaction between genes and environment at every stage of life.

In opposition to the idea that every physiological attribute of an organism can be reduced to some survival advantage that it bestows upon an organism’s genes (an idea popular among biological determinists, and often termed ‘adaptationism’), Lewontin and Gould explained that much of evolutionary biology can only be understood by grasping the dialectical unity between accident and necessity. In explaining this point, Lewontin and Gould coined a new term, ‘spandrel’ to refer to evolved characteristics that were in no way advantageous to an organism (although they may later become advantageous), but were accidental off-shoots of other evolutionary pressures. 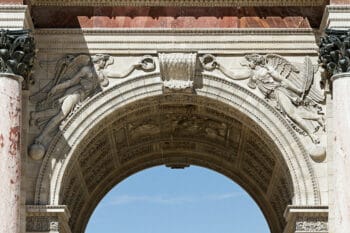 By analogy to architectural spandrels, Lewontin and Gould showed how accident and contingency have an important role in the development of species / Image: Thesupermat, wikimedia commons

They took the term from the pillars of renaissance architecture. Where two pillars meet to form an arch, which serves a structural purpose, a roughly triangular space is created between the two. Although unplanned, renaissance artists and architects used this space to show their artistic flair by incorporating magnificent designs on the spandrels of an arch. An example would be the human chin. As we required less effort to masticate the fibrous foods of our ancestors, the muscles attached to our jaw shrank, leaving behind a protruding bone that is quite unique in the animal kingdom.

Lewontin was not only a revolutionary in science. His whole life, his Marxism guided him in fighting to change society too. From the fight against racism and imperialist war, to the struggle exposing the use of GMOs by agribusiness to ruin small farmers, Lewontin was always on the side of the oppressed. As he and Levins explained in Biology Under the Influence, a book dedicated to the Miami Five (five Cuban political prisoners held in the United States for infiltrating Miami-based, Cuban-American terrorist groups):

We have also been political activists and comrades in Science for the People; Science for Vietnam; the New University Conference; and struggles against biological determinism and “scientific” racism, against creationism and in support for the student movement and antiwar movement. On the day that Chicago police murdered Black Panther leader Fred Hampton, we went together to his still bloody bedroom and saw the books on his night table: he was killed because of his thoughtful, inquiring militancy. Our activism is a constant reminder of the need to relate theory to real-world problems as well as the importance of theoretical critique. In political movements, we often have to defend the importance of theory as a protection against being overwhelmed by the urgency of need in the momentary and the local, while in academia we still have to argue that for the hungry the right to food is not a philosophical problem.

Although Richard Lewontin is no longer with us, in another sense he shall continue to live on: through his many contributions to his field, and in his fascinating and accessible popular writings, which are permeated with a dialectical approach and which we thoroughly recommend to all our readers. Through his works, Lewontin will continue to inspire and educate a new generation of scientists and of revolutionaries.