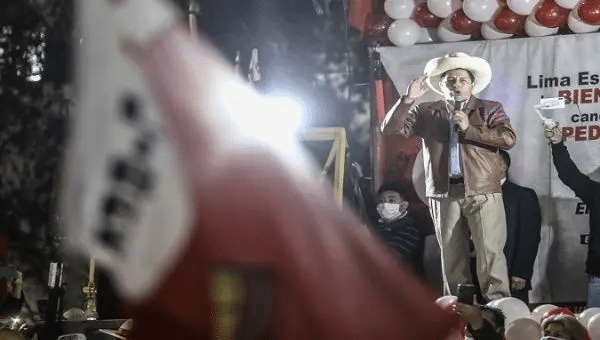 JNE advisor Alexandra Marallano explained that the official announcement might take place on Tuesday or Wednesday next week.

The decision comes after the JNE reported the conclusion of an electoral review in 60 Special Electoral Juries, where Castillo received 8,835,579 votes, a difference of 44,058 votes over Fujimori.

In the June 6 presidential runoff, Castillo took the lead but his official nomination was delayed due to vote challenges presented by the FP right-wing candidate.

🎥🛑In #Peru indigenous supporters of teacher Pedro Castillo took to the streets of Lima & rallied around Congress to protests against the uncertainty over the results of the elections held a month ago, as NAZI Fujimori continues to challenge the vote. pic.twitter.com/uBvCc2hrOb

Castillo seeks to approve a new constitution to conduct a reform plan which comprehends improving public services and boosting the State’s role in the economy.

Since the election runoff, he has held meetings with lawmakers, politicians from other parties, and his supporters to reaffirm his electoral promises.

“We will advance safely within the democratic channel to put an end to the historical discrimination suffered by our Andean, Amazonian, Afro-descendant peoples and our populations vulnerable to sexist, classist, and racist violence,” Castillo tweeted.