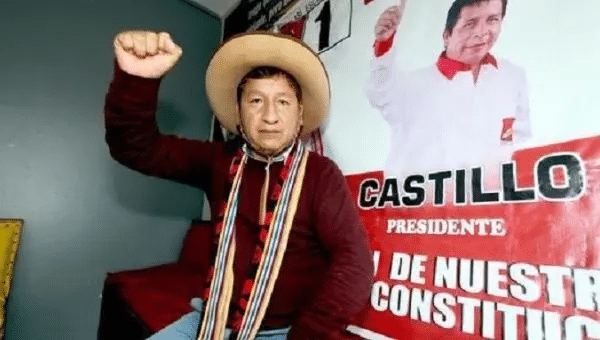 The Peruvian right exerts pressure on President Pedro Castillo through the Congress President Maria del Carmen Alva who insinuated that most parties would not approve the inauguration of the first Castillo government if he did not remove several ministers who displeased the opposition for their left positions.

“We have taken up the concern of the different banks. It is a generalized position that we transfer to the Government so that it can evaluate the changes publicly suggested by various lawmakers and we can ‘make viable’ confidence in the cabinet for the good of our country,” said Alva.

Among the ministers rejected by the right-wing opposition are the Council of Ministers President Guido Bellido, who has been indicted for alleged apology to terrorism, and Foreign Affairs Minister Hector Bejar, who is a former guerrilla from the National Liberation Army (ELN) and knew Che Guevara in Cuba.

The current political maneuvering of the Peruvian right, however, has its risks. If Congress denies investiture to the cabinet, the opposition would lose the only opportunity it has to censor the Executive without Castillo being able to dissolve Congress and call new legislative elections. If Congress denies the inauguration of the next cabinet, the Constitution empowers Castillo to dissolve Congress.

Castillo won the presidency with the vote of the poorest and most exploited regions in the Andes and southern Peru. The narrow victory of just 44,000 votes over his far-right rival, Keiko Fujimori, daughter of the now imprisoned ex-dictator Alberto Fujimo https://t.co/YyCtqJPwy0

On Monday, lawmaker Alva also asked President Castillo to convene a Council of State. This is an extraordinary meeting in which the leaders of the three branches of the State take part. It could also include the Attorney General and the president of the Constitutional Court.

During the administration of Francisco Sagasti (2018-2020), the Council of State became a habitual mechanism used by the Peruvian right to negotiate perks and distribute power.

In response to criticism from the opposition, the Council of Ministers president stated that only 3 out of 19 cabinet members belong to the Free Peru party.