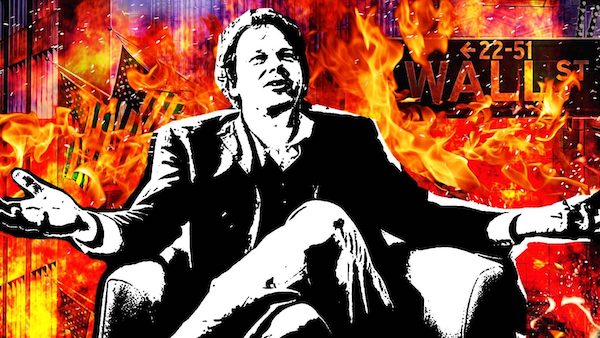 David Graeber is widely credited with having come up with the phrase, “We are the 99%”. While alive, he repeatedly corrected the mistake, insisting it was a collective creation, but no one seemed to listen.

When he died, the phrase appeared once again in headlines across the world. What this demonstrates is a fundamental misunderstanding of both David’s ideas, and his political practice.

David’s real contribution to Occupy Wall Street (OWS) was not the phrase, but the process by which it was conceived.

The book David wrote about OWS, The Democracy Project: A History, A Crisis, A Movement, goes beyond tracing the mere etymology of the term, and its roots in western philosophy, to look at the very practice of democracy.

He defines democracy as “the belief that human beings are fundamentally equal and ought to manage their collective affairs in an egalitarian, using whatever means appear most conducive to that, and the hard work of bringing arrangements based on those principles into being”.

Throughout the book, he argues that the real practice of democracy was always at odds with liberal democracy. He illustrates how the U.S. was not built on democracy at all, but rather the suppression of it. For David, OWS was part of a continuum of democratic resistance against an undemocratic state.

During the planning for OWS in the summer of 2011, David created “the process group”, which was responsible for facilitation and training in consensus decision-making. In contrast to majority voting, in which there are distinct choices and up or down decisions, the process allowed for participants to build on one another’s contributions. This instilled in everyone present a shared responsibility in the outcome. Rather than a tyranny of the majority over the minority, the minority was allowed input. Rather than coercion by a larger organizational body or leadership, there was consent. The process was a form of ‘small-d’-democracy. Everyone could have a say in the decisions that affected them.

David recruited me to join “the process group” and encouraged me to facilitate knowing my experience with consensus. I was reticent at first, but his optimism won me over. I ended up facilitating nearly all the planning meetings of the New York City General Assembly (NYCGA) for the rest of the summer.

Every Saturday we would meet under the Hare Krishna tree in Tompkins Square Park on the Lower East Side of Manhattan. Although conversations could be long-winded and tension-filled, we all kept coming back. Through this process, we had a voice–some of us for the first time ever in our lives. It was intoxicating to have found one another, and to be heard.

On 17 September, 2011 hundreds of people gathered in Zuccotti Park in the Financial District for the first day of OWS. Inspired by this small-d process of organsing, rather than have a traditional rally with pre-established speakers, we held an assembly in which everyone could participate. Throughout the night people continued talking to one another and imagining what new worlds might be possible.

Even the decision to occupy the park was made through a consensus process. The energy was electric as one conversation flowed into another; as strangers became friends. Many stayed the night and helped build the occupation. Those who participated felt compelled to keep coming back and contribute. Rather than competition, there was an ethos of cooperation; small-d-democracy actually worked.

A proof of concept

David named our approach the Buenos Aires strategy or the Argentina model, after the wave of self-organized assemblies and occupations during the 2001 economic crisis. He also saw a similar strategy playing out in Greece in 2011 and 2012, writing; “Essentially, the strategy is to create alternative institutions, based on horizontal principles, that have nothing to do with the government, and declare the entire political system to be absolutely corrupt, idiotic, and irrelevant to people’s actual lives, a clown show that fails even as a form of entertainment, and try to render politicians a pariah class.”

OWS was a proof of concept for another way of doing politics. Rather than make demands, and hope that our adversaries on Wall Street, or in the government would listen, we made asks of each other. We asserted our own legitimacy while de-legitimizing the existing system. This pressured the system to respond, but also opened up other possibilities. In a matter of weeks, there were hundreds of other ‘occupy’ camps across the U.S. and the globe. Each had its own assemblies, working groups and hand signals. It was a democratic uprising.

“There’s nothing that scares the rulers of America more than the prospect of democracy breaking out,” David remarks in The Democracy Project. OWS and the broader occupy movement definitely did seem to scare them, and they began lashing out, using the full force of the state against us.

The first amendment supposedly protects freedom of assembly and speech. But when we actually assembled, in a public square, and aired our grievances, we were met with clubs and kettles. OWS was evicted, as were all the other “occupy” camps. Our decision-making structures and processes were viciously undermined. Occupiers were turned against one another in bitter feuds. Within a year, maybe two, OWS and the broader movement had disintegrated. The facade of rights and privileges was broken, revealing the sheer brutality of the state underneath.

Everyone seems to have an opinion on the demise of OWS, even if they never stepped foot in the park or took part in the movement. Much ink has been spilled on our failures. However, these criticisms often rely on measures of success that were never shared.

OWS did not achieve major reforms or win political offices or topple the government–all this is true. However, these measures of success are rooted in a theory of change that presupposes the state as the primary locus of struggle, and the ultimate goal a political revolution.

OWS was a success on its own terms. The goal was to create practices for social and cultural transformation. This was overwhelmingly achieved. Wherever there are assemblies, mic-checks and occupations of space, the practices of OWS live on. Rather than one grand historical event, there is an everyday revolution.

David Graeber had this unique ability to see beyond existing systems and invent new ones. Always the optimist, of course he saw OWS as a success:

The human imagination stubbornly refuses to die. And the moment any significant number of people simultaneously shake off the shackles that have been placed on that collective imagination, even our most deeply inculcated assumptions about what is and is not politically possible have been known to crumble overnight.

This is the third instalment in our series exploring the life and ideas of David Graeber on the first anniversary of his death.

Part one is here: David Graeber Was Right: A Debt Free World is Possible

Part two is here: Sex Work Is Not a Bullshit Job

Part four is here: David Graeber Reminded Us of the Political Value of Anthropology

Marisa Holmes is an organizer, filmmaker, and writer living in Brooklyn, New York. She produced and directed the feature film, All Day All Week: An Occupy Wall Street Story, an inside look at the occupation of Zuccotti Park.

Shane Little is an anarchist and historian at Loughborough University.