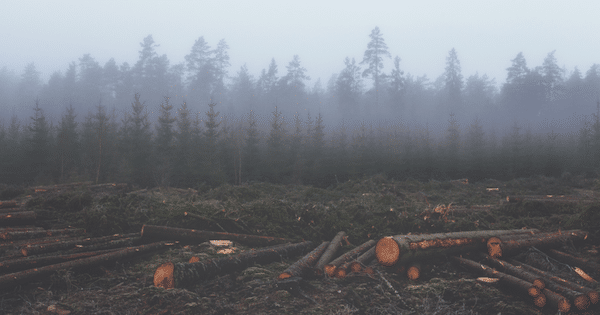 In the wake of the latest IPCC report, after many years of warning, the existential threat of climate change is at last receiving increasing attention. Later this year, representatives of nations will meet at the COP26 in Glasgow to consider potential steps which can be taken to halt the wrecking of the Earth. While the accumulation of carbon dioxide in the atmosphere is the gravest threat to our existence, capitalism’s destructive impact on the environments we share with all other living entities is becoming more evident to everyone with each successive day. The impact society has had on the environment has gathered pace over the last few centuries, particularly since the industrial revolution. Society has separated itself from its wider environment to create what can be termed an ecological rift, a gigantic gulf, that Marx called the metabolic rift.

A world of metabolisms

Ecology is the study of how living organisms are adapted to the multitude of environments that exist on earth. They interact with them and often change their local environment to suit their needs. Whatever the nature of the relationship between organism and its environment it is often balanced by virtue of its cyclical nature. For example, the carbon cycle, where plants absorb carbon in the form of carbon dioxide from the atmosphere and incorporate it into their tissues. The plant grows, reproduces, and then dies and decomposes back to its elemental structure, releasing the carbon dioxide back into the atmosphere. There are similar cycles for water, nitrogen, and other elements. The process is complicated in the case of animals which are dependent on plants for their growth and they enter into a cycle of their own but with the same result–birth, growth, reproduction, death and decomposition. In this way, there is minimal depletion of the materials that sustain life. These, often cyclical flows, can be understood as our biosphere’s metabolisms.

When humans evolved from their ape ancestors, they entered the community of other land mammals, competing with them for the resources required for their existence and, of course, entered the natural cycles of their environment. The development of bipedalism, the ability to stand on their hind legs, freed their hands for handling tools and weapons, a novel evolutionary step that soon led to the dominant position they now occupy.

They were omnivorous and used hunting and gathering as their method of acquiring food. In gathering they would be competing with such animals as pigs and larger birds, the pigs snuffling in the ground for edible titbits and the bird eating the fruit of plants. Competition would be quite light in most circumstances but in climatically stressed situations (e.g. a prolonged drought) it might intensify. Hunting on the other hand was more complex. It yielded high quality food but was in direct competition with other carnivores. Here the utilisation of weapons undoubtedly gave humans a competitive advantage. The weapons, as always, could be used defensively to ward off other carnivores and offensively to secure their prey. It was clearly a very successful strategy and humans spread rapidly to many parts of the earth’s surface.

There was some early evolutionary radiation of the genus Homo into a small number of species but eventually Homo Sapiens became the dominant one. Originating in Africa, it spread rapidly to all parts of the Earth’s terrestrial surface. The dominance of the species and its impact on the environment quickly became evident as it has been suggested that the widespread extinction of large mammals in many parts of the world was linked to the arrival of Homo sapiens. However, the most far-reaching change of behaviour by humanity was the cultivation of food plants, i.e. farming. Agriculture arose on at least six separate occasions in different and widespread parts of the world around 10,000 years ago. At the same time, stone tools were being refined to allow the tilling of the soil, so early societies were now having a substantial impact on the environment as humans settled in areas suitable for crops. At around the same time animals were domesticated so the need for hunting became redundant.

As agriculture developed and spread across the world, the population of humans grew with settlements becoming much larger, leading to a physical rift between the production of food and its consumption being created. The food was produced in the countryside and then transport considerable distances to the towns. The consequence was that the nutrients, which had been obtained from the atmosphere and the soils by the plants and indirectly, by the animals that consumed the plants, were transferred to urban communities and waste products, which would have completed the nutrient cycle, were not returned.

As this process continued, particularly during the industrial revolution when urbanisation reached dizzying levels, the difficulties of agriculture multiplied and various techniques were developed in an attempt to compensate for the depletion of resources in the soil.

Marx had noted the metabolic interaction between humans and the earth and that a human “through his own actions, mediates, regulates and controls the metabolism between himself and nature” and in so doing disrupted the existing cycle and created a metabolic rift. As agriculture became industrialised so did the market in the further and further transfer of its products to towns, with minimal nutrients returned to the soil. So, in Volume One of Capital, Marx remarks:

All progress in capitalist agriculture is a progress in the art, not only of robbing the worker, but of robbing the soil … Capitalist production, therefore, only develops the techniques and the degree of combination of the social process of production by simultaneously undermining the original sources of all wealth–the soil and the worker.

Just as industrial manufacture exploited its workers, by the expropriation of the worker’s surplus labour by capitalists, so capitalism expropriates the soil of its nutrients. Capitalism is only capable of valuing the soil, and by extension the wider biosphere, insofar as it contributes to the production of further commodities and the expansion of capitalists’ wealth. It does not care for the environment as a thing in of itself, only worrying about pollution if it prevents the production of commodities through loss of resources, the total destruction of workers, or the impact of waste on production.

Where capitalism does restore and invest in the environment, it only does so to either maintain the bare minimum of resources needed for production or where profit can be made from environmental work. As a result, even when issues like mass deforestation are recognised, capitalism responds by planting monocrop plantation trees, hoping it can use them soon for timber. Or where recycling occurs, it is only done to the extent that it is profitable, seeing much of Global North waste ending up not recycled, but on landfill abroad, whilst waste companies pocket the difference. Capitalism by only seeing nature as something to be incorporated in the production of ever more commodities, necessarily creates an ever-widening rift between the social and natural metabolism, more is taken than returned. Whilst capitalism tries all sorts of techniques to stave this off, ultimately the biosphere can only take so much, and this becomes an irreparable spiral.

It is clear that these rifts have grown greater with each year that has elapsed since Marx’s observations and that it affects all aspects of our relations with nature. Agriculture continues to lay waste to the terrestrial environment–forests are cleared so that the production of meat protein directly or indirectly can continue unabated. The aquatic environment has been devastated by industrial overfishing and the aerial environment is polluted not only with carbon dioxide from fossil fuels but also the waste gases of industrial processes.

Istvan Meszaros expressed the essence of the existential crisis for the ‘whole of mankind’, the ecological destruction under capitalism, observing:

Today the destruction wrought by capitalism manifests itself in climate change and the wrecking of the natural environment. We are now living with a gigantic and ever-growing ecological rift. The recognition and analysis of this rift is central to Marx’s relevance to contemporary environmental breakdown. By showing the rift is irreparable under capitalism, Marx made clear the need for ecosocialists to build a new system.