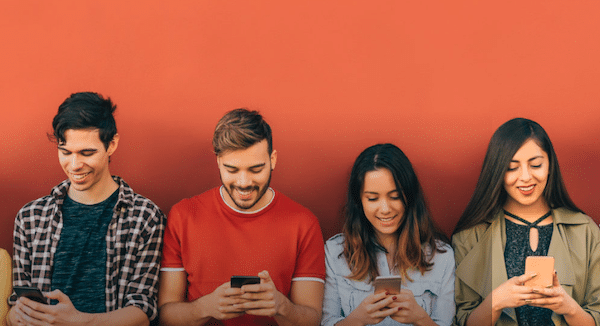 Have you ever been called a Luddite? If so, you were probably not being credited with fueling a skilled labor movement in 19th century England. You were being jabbed for your relationship to technology. Today, the term is largely pejorative and can be directed at anyone who questions, rejects or even fumbles with technology.

But the original Luddites were not opposed to technological progress. They were opposed to technological progress that left them in the dust and sought better representation and wages from factory owners in the textiles industry. The years of the Luddite movement (1811-1816) were characterized by industrialization, economic depression, famine and seemingly endless war. The machinery they destroyed wasn’t new–it had been developed hundreds of years before. It wasn’t the tech itself the Luddites protested–it was, in their own words, the “fraudulent and deceitful manner” in which the factory and mill owners used the equipment, squeezing out the jobs of skilled tradesmen in favor of cheaper labor and lower-quality goods. Theirs was a labor movement before legal protections of unions existed, a kind of “collective bargaining by riot,” as historian Eric Hobsbawm puts it. Ultimately, the Luddites failed to bring about the changes they sought. Had they not been driven by desperation, they may not have resorted to violence, and may have been more successful in their fight. And had their concerns been taken more seriously, it may not have ended the way it did. Today, technology moves at a dizzying pace, with more gadgets, algorithms and data in our lives than ever before. It’s not surprising that this technological landscape would cause some people to probe their relationship with technology, seek alternatives or choose not to participate. Is it right to call these people Luddites?

In a recent article pointing out the troubling implications of deepfake technology that superimposes the image of one person on top of a video of another, writer Katherine Dee suggests that, in an internet ruined by deepfakes, we may decide “just to log off, and watch as a new era of Luddism begins.”

But are we Luddites just because we log off or turn off a technology that isn’t working for us? Are we rejecting technological progress when we assume control of the technology in our lives?

Living authentically in the digital age–what I call authentic technology–starts with an understanding of the true meaning of the word “technology.” It comes from  the Greek “tekhne” (art, skill, craft in work). The deeper root is “teks,” which literally means “to weave” or “fabricate.” So, our technology is not just the tools we make, it’s the art and skill we use as humans to craft them. And this art and skill applies not only to the original maker of a piece of technology but to those who will harness it as well.

Once we understand what technology really is, we can establish healthy boundaries with the tech in our lives. And although it may be difficult to take control of all the tech in your life, know that you’re not alone. A growing chorus is calling for much-needed regulation of America’s biggest technology companies, which would strengthen our position as technology consumers. As Haugen said on Twitter before her congressional testimony this week, “We solve problems together, we don’t solve them alone.”

As boss of our tech, we get to choose what gadgets, machines and platforms we use. In setting these boundaries, we’re equipping ourselves to think using the most powerful computer we have–our brain. And the more we think for ourselves, the wiser we’ll get about technology and its ability to better ourselves and others.

The next time someone calls you a Luddite, feel free to smile and tell them that actually, you’re the boss of your technology, not the poor artisan getting sidelined by a greedy factory owner. And if they look at you weird, tell them to read a book about it.

(This piece is reprinted with permission from the Houston Chronicle, October 7, 2021.)

Andrew McDiarmid is a Senior Fellow at the Discovery Institute. He also serves as a Media Relations Specialist and Assistant to CSC Director Stephen C. Meyer. He holds an MA in Teaching from Seattle Pacific University and a BA in English/Creative Writing from the University of Washington. His tech column at Newsmax, Authentic Technology, explores today’s technology landscape and encourages readers to live authentically in the digital age. His writing has appeared in San Francisco Chronicle, The Seattle Times, The Herald (UK), BreakPoint.org, Technoskeptic Magazine, The Washington Post, and other publications. In addition to his roles at the Discovery Institute, he is host of the Scottish culture and music podcast Simply Scottish, available anywhere podcasts are found.