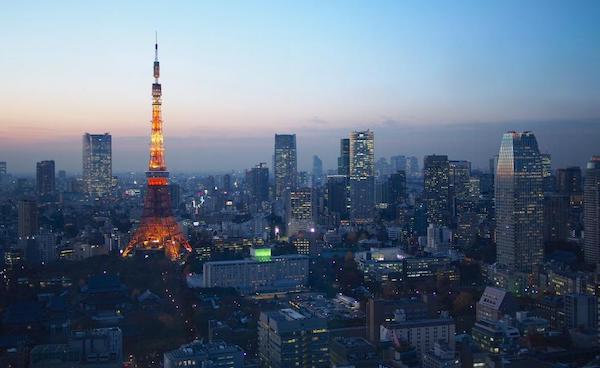 Environmentalism is often experienced as a desire to return to rural nature: from the pastoral sunlit uplands to the ancient forest. Yet more than half of the world human population lives in cities today.

We are more likely to be cleaning offices than tilling the land. We need to imagine a sustainable future-but for that to be a realistic possibility, and to inform action and policy, it does need to include urban living.

We can think of roof gardens and balconies providing hotspots for biodiversity. We can be inspired by the English Garden Cities of the 19th Century. But the level of transformation that is now necessary to prevent climate breakdown and biodiversity collapse requires that we are even more radical in our creative thinking.

Let us quickly survey the facts on the ground. There are now as many as 33 megacities around the world, each by definition home to 10 million or more residents. The 10 largest cities combined have almost the same economic activity ($15 trillion) as the United States ($18 trillion), by far the largest single national economy on earth.

The Greater Tokyo Area (Tokyo-Yokohama) is the world’s largest megacity, with 38 million people living in close proximity and in 2012 it had an annual economy of $1.6 billion.

Tokyo as a city draws in a huge amount of resources from the surrounding satellite towns, countryside and overseas with supply chains stretching deep into Asia and Australia. It consumes a fifth of imports to Japan, which in turn include $105 billion in oil and other fuels each year and $29 billion in pharmaceuticals.

London was once the largest city in the world. It can today claim to be the world’s smallest megacity-with just more than 10 million people living in the UK capital. London also consumes a huge amount of resources.

Mark Wingham and Mike Hope, working for the Mayor of London, published an input-output study of the city in April 2019-the first time research of this kind had been conducted.

The report relied on statistics from 2013 but nonetheless gives a clear indication of the scale of resource use by the UK’s megacity. The report found that London imports more than £1,004 billions worth of resources annually. It used up a total of £619 billion. A further £385 billion was used in production.

The impact of the world’s major cities on their surrounding towns, countryside and forests is profound. The capitalist, extractivist and “linear” nature of our economies means that cities often tear raw materials out of the land, only to deposit huge amounts of waste into landfill, into our seas and-in the form of greenhouse gases-into our atmosphere.

London alone creates seven tonnes of waste every year. Just half of this is recycled. Sadiq Khan, the Mayor of London, acknowledges:

Our linear economy-take, make and dispose-is unsustainable. The capacity of landfills accepting London’s waste is expected to run out by 2026 and London’s waste bill is now in excess of £2bn a year and rising.

The future of the megacity is in our hands, so we need to heed the warnings from our collective past. Sumar in southern Mesopotamia, modern day Baghdad, was crested about 4,500 BC and was among the first urban settlements.

The use of agriculture, irrigation and the division of labour allowed more humans to live in close proximity. And the ancient residents were acutely aware of the impact the conurbation had on the surrounding environment. The Epic of Gilgamesh tells of the eponymous hero’s destruction of the Cedar Forest to build a raft, resulting in a great flood.

The truth of this fiction should have been heeded by ancient Rome. The city is believed to be the first in the world to have reached as many as a million residents, and it too depended on long supply chains reaching thousands of miles.

Historians argue that the opulence of the rulers and sheer size of the city resulted in the depletion of forest and farmlands as far as north Africa, contributing to the collapse of the empire and the desertification of its hinterland.

London would face its own environmental crisis millenia later. The city had reached a million residents at the time of the first census in 1801. And decades later, in 1858, it was in the grip of the Great Stink. The problem was not then the exhaustion of the soil but was at the other end of its linear economy-the build-up of human waste overflowing the Thames. The city was suffering a heatwave and gripped by cholera outbreaks.

The cheapest solution was settled upon. Joseph Bazalgette, a civil engineer, created a network of sewers running below London that washed the “night soil” into the sea. The immediate problem was solved-but at the same time a new way of understanding cities, with their unprecedented demand for resources and production of waste, was lost.

“If the British people do not take the pains to secure the natural conditions of the permanent fertility of their land, if they allow these conditions as hitherto to be squandered, their fields will at no distant day cease to yield their returns of corn and meat,” warned the German chemist Justus Freiherr von Liebig at the time of the Great Stink.

Liebig feared that disruption to the supply of food would lead to war and revolution.

Every man may picture to himself the state of things which will then gradually arise.

The respected industrial scientist-the father of the Oxo Cube and Marmite-should have been heeded. Liebig was the first chemist to fully understand the cycle of nutrients in nature, resulting in the development of artificial fertilizers.

He saw how plants “metabolised” light and chemicals taken from the soil to stay alive. He explained the danger of the proposed London sewerage system. The crops grown in the fields across England drew nutrients out of the soil. These in turn enter our food system and our bodies, allowing us to live and reproduce. But then the nutrients enter our sewers and are washed into the sea.

“Of all the elements of the fields, which, in their products in the shape of corn and meat, are carried into the cities and there consumed, nothing, or as good as nothing, returns to the fields,” Liebig explained in a 1859 letter to The Times of London. His warnings were ignored, his solutions to the sewage problem dismissed as prohibitively expensive.

There was, however, one attentive reader. Karl Marx, a threadbear German philosopher living in London, understood the gravity of the situation. Marx would later write that the “circuit of capital” could spin indefinitely, growing through a process of accumulation.

But its linear production of commodities would at the same time exhaust the labourer-and also the soil. Marx described the metabolism of capitalism, which transforms the energy and nutrients of nature into goods for sale. He interpreted Liebig as warning of a “rift” in the cycles of nature that would lead to contradiction-to an existential crisis. But Marx the ecologist was also thoroughly ignored until very recently.

Liebig’s short term solution to the nutrient problem-the use of artificial fertilisers-has its own consequences. Food consumed in London-even that grown in England-depends on fossil fuel based fertilizers from Morocco, Algeria and Russia.

“The fertilizer and nitrogen compound manufacturing industry occupies a market size of at least £1 billion,” according to a University of Oxford report.

The campaigner and journalist George Monbiot has identified the most recent drama in this sorry saga. The lessons from Liebig have now to some extent been heeded, and both human and animal waste is being returned to the land. But this only creates a new problem.

The scale of modern factory farming and the size of our cities has meant our fields and rivers are being swamped by waste-an overload of nutrients feeding algae blooms and killing almost everything else. “Scarcely a river in England and Wales is unaffected by plagues of algae or sewage fungus, caused by an excess of nutrient,” Monbiot warns.

The problems of today are often yesterday’s solutions. This might lead us to conclude that we should somehow disband our great cities, distributing the populations back into the countryside.

This process may have already begun, in London at least, with as many as 700,000 people leaving the city during the coronavirus crisis, according to the Economic Statistics Centre of Excellence (ESCoE). House prices in the regions are now growing more quickly than in the capital-suggesting some people are abandoning the metropolis.

The dream of living the rural life remains seductive. But this is not the best way to transition to a sustainable future. It may be counterintuitive, but we may need to make our megacities more densely populated to make them environmentally friendly.

It is much more efficient to have people living packed closely together in heat efficient buildings, and closer to their places of work, of leisure, and to family than to have millions of people spread out in suburban sprawl and partly developed countryside.

This is why older, more densely populated European cities such as Barcelona produce significantly less carbon dioxide and waste per resident than modern, car-centric North American cities like Los Angeles.

But we do need cities to be run as “circular economies” where waste of all kinds is seen as the raw material for agriculture and production. This was Liebigs original insight.

We need to develop symbiotic relationships between city and nature where light is captured and nutrients and materials are continually created and recycled. We must rewild our city parks and gardens, making urban areas human population centres but also hubs of biodiversity.

Above all, we need to abandon the Petropolis-where cheap fossil fuels support endless global supply chains. And we need to create the Ecotropolis-indeed the Ecomegacity-where fecund nature is here and now, and not elsewhere and then nowhere.

Brendan Montague is editor of The Ecologist.