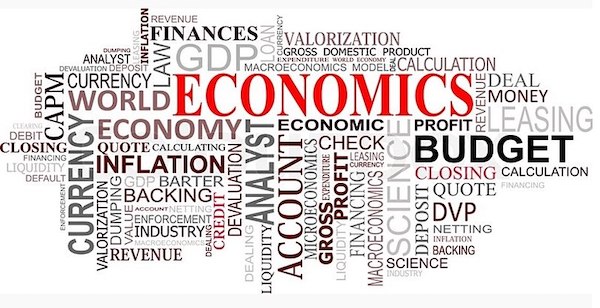 2023 marks the fortieth year since the passing of Joan Robinson and her one-hundred-and-twentieth anniversary. This special issue of the Cambridge Journal of Economics aims at presenting a collection of papers that reflect the extraordinary breadth of Robinson’s career and examine what insights these might offer the economics profession and policy makers to address our seemingly most intractable problems of inadequate demand, rising margins with falling competition, and widespread and seemingly intransigent inequality and its consequences. For Robinson the purpose of our discipline is in understanding the real world to enable all global citizens to enjoy life to the full. It is therefore fitting that we follow her lead and demand that we ask of ourselves whether we have done enough to address her challenges to economic theory.

Despite making her international reputation in the Marshallian tradition of economics, she came to regard her generalisation of John Maynard Keynes’s theories and their integration with Kaleckian and Marxian insights as her more substantial contribution, along with a vigorous defence of rigorous evidence-based thought over inductive mathematical modelling. Among an impressive body of work, three books by Robinson mark key moments in the evolution of her ideas: The Economics of Imperfect Competition (1933), An Essay on Marxian Economics (1942), and The Accumulation of Capital (1956) (Marcuzzo, 2003).

In 1933, she made her international reputation with brilliant work within the orthodoxy on imperfect competition, offering an internal critique of the marginalist theory of distribution. Only a decade later, her reflections on reading Karl Marx persuaded Robinson to question the Marshallian methodology, in particular its polite theory of income distribution which became so incongruous during and after the depression (Marcuzzo, 2003).1 Finally, in 1956, she had the courage to follow the logic of her argument to examine the whole neoclassical theory of income distribution and its predominant method, facing the might of the now dominant American economics profession in the [in]famous capital controversy. She had to accept the pyrrhic victory of her interlocutors accepting she was right, yet the profession moving on regardless.

The Economics of Imperfect Competition is certainly Robinson’s most widely known and enduring work. It is often seen as a radical critique to Marshallian analysis. However, the book makes amendments more than breaking away from Alfred Marshall. It carried out the whole method of market analysis, refining and perfecting it, further developed a technical apparatus to deal with markets in general, and eliminated some of Marshall’s ambiguities. After Robinson’s reappraisal, it is perfect competition that became a special case of what in general is a monopolistic situation (Pasinetti, 1987). Written only after eight years since she had graduated–and being barely thirty years old –, The Economics of Imperfect Competition guaranteed Robinson worldwide acclaim.

In the midst of this well-deserved recognition, Robinson became one of the members of a group of young economists known as the ‘Cambridge Circus’, whose members included Richard Kahn, Piero Sraffa, James Meade and Austin Robinson. These economists met regularly to discuss the evolving drafts of Keynes’s future General Theory of Employment, Interest, and Money. Keynes, having been a part-time in Cambridge and part-time in London, teaching more orthodox monetary theory and policies during Robinson’s time as a student at the beginning of 1920s, was now a more interesting figure to her. His ideas and the discussion taking place at the ‘Cambridge Circus’ were a break with the economic tradition at the time and a deep dive into the social problems associated with unemployment.

A fruitful outcome of the Cambridge Circus was Robinson’s Essays in the Theory of Employment (1937a) and Introduction to the Theory of Employment (1937b). Written as guides to follow Keynes’s General Theory, these two works clarify, among other things, a very central but obscure point in the book, namely, effective demand and how investments determine savings. This was no minor matter for Robinson: it was her understanding which cemented this point and made it central to a generation of policy makers. In the orthodox theory, the rate of interest remunerates one’s sacrifice for saving and, thus, for supplying capital. A clear rupture from this is the understanding of investment as an independent variable and saving as being determined by investment, which means that “the rate of interest cannot be remunerating anybody’s ‘sacrifice’” (Pasinetti, 1987).

During these years, we also started seeing Robinson turning back to her life-long journey to confront the marginalist theory of distribution and reconstruct economic theory. For Pasinetti (1987), she was very cautious in her early years, trying to build a solid analytical foundation. Once sure of this ‘equipment’, she would become gradually fiercer and more impatient with dogmas, “fighting for new unorthodox ideas” (p. 4). Robinson was not satisfied with either economics, orthodoxy or what would become known as Keynesianism (or ‘bastard Keynesianism’ as she renamed its denuded theory later). She had never let go of the horror of having more than a million workers unemployed at the time when learning that it was logically impossible to have unemployment because of Say’s Law. Keynes proved the Say’s Law wrong, but Robinson wanted more.

Her contact with Marx’s ideas in 1936 through her review of John Strachey’s The Nature of Capitalist Crisis (1935) in 1936 and her friendship with Michał Kalecki2 was a key aspect of this journey. Approaching Marx with a mere intellectual curiosity, she wanted to see “what his economic theory had to teach orthodox economists and Keynesians” (Harcourt and Kerr, 2009, p. 10), while also expecting Marx to “make her economics more ‘real’, to address the inequities of the capitalist world” (Harcourt and Kerr, 2009, p. 34). As a result, she elaborated a critique of the orthodox theory of the rate of profits and took on board Marx’s insights on the long-run tendencies of capitalist economies. She also concluded that “Marx’s analysis of accumulation and the development of crises provides the basis for understanding the history of capitalism” (Robinson, 1980c, p. 297). The importance of time and the large forces of capital were replacing a stabilising equilibrium system as her frame of reference.

If in 1933 Robinson offered an internal critique of Marshallian value theory, by 1942 she relied on Marx’s insights to escape Marshallian orthodoxy. Her personal journey from her teenage years to understand the causes of poverty and unemployment conflicted with the orthodoxy of equilibrium and an order based on the harmony of interests. Marxian economics gave Robinson access to redress the system. The idea of transition from one mode of organising production to other and the understanding of economic life in term of a conflict between workers and capitalists would complement the discussions in the ‘Cambridge Circus’. Yet, the reaction to An Essay on Marxian Economics was mixed; seeming to achieve the inevitable of dividing mainstream economists and Marxists alike. Among many criticisms, it was Robinson’s rejection of the labour theory of value (see also Robinson, 1950) which she considered gave her the status of “enemy by the professed Marxists” (Robinson 1978, p. 276).

By 1956, with her The Accumulation of Capital, Robinson was on a clear mission to build “a new framework for economic theory” (Pasinetti, 1987). She tried to move away from the limitations of the short run and centred her attention on the problem of capital accumulation, which is for her the key process in the development of a capitalist economy. She was convinced that orthodoxy economic theory did not give enough attention to how wealth is built over time, which for her was a very important part of economic analysis. She also asked an uncomfortable question: what is the marginal product of capital? She had tried to find the answer for it only to realise that no economist really knew. Looking into fundamental categories, such as of labour supply, technical progress, and natural resources, she criticised the concept of ‘production function’ and reconstructed it.

These three key moments in the evolution of her ideas are enriched by Robinson’s keenness to question and criticise dogmas and the orthodox ideas in economics (Pasinetti, 1987). As seen in her 1962 Economic Philosophy, Robinson was among the strongest advocates, second perhaps only to Gunnar Myrdal, in arguing about the non-neutrality of economic science and of the necessity of stating explicitly one’s convictions and beliefs. In Economic Philosophy, she again confronted the ‘other’ Cambridge, whose way of detaching ‘science’ from ‘ideology’ was a form of mathematical modelling that had bastardised Keynes and was rapidly doing the same to Harrod’s growth theory, by showing the extent to which metaphysical beliefs still permeated the supposedly value-free orthodox foundations.

The limitations of the modern orthodox theory of her time are further developed in her Economic Heresies. Some Old-fashioned Questions in Economic Theory (1971), where the narrowness of the discipline in its scope and relevance is associated to Walras’s excessive influence. For Robinson (1971), the issue of time and uncertainty would never allow for the Walrasian model to be relevant to long-run growth in the capitalist economy (p. 27). Robinson also saw the need to reach out to students with an alternative approach to economic reality, which resulted in a textbook co-authored with John Eatwell in 1973 called An introduction to modern economics.

It is impossible to read Robinson’s critique to the established orthodoxy at her time and not ask of ourselves whether we have done enough to include her challenges with respect to incorporating time into our macroeconomic theory. She tirelessly emphasised the need to differ ‘logical’ from ‘historical’ time in the economic analysis, challenging the absurdity that we can go forwards and backwards in time and the implication that uncertainty, by definition, would become a repeatable game of risk. This sleight of hand may be convenient and underpins the attempt to use a ‘general equilibrium’ simultaneity to evade the circularity of interest-rate setting and capital-stock valuation. Yet, it robs us of our need to take account of imagination and creation as well as the very behaviours of social integration which make humans a social animal. Instead, we are stuck with Lionel Robbins’ redefinition of economics as a pure allocation problem asking what conditions are necessary to be consistent with allocative efficiency. It is easy to understand Robinson’s disdain for Samuelson’s ‘social welfare’ theory, devoid of all distributional questions, as adequate for society.

Finally, revisiting Robinson’s journey would not be complete if her extraordinary analytical ability, which would best work while confronting or supporting ideas, is not mentioned. She was a particular type of original thinker with a strong social message coming from her writings. Her logical chain of arguments combined with her ‘box of tools’ aimed at practical actions ranging from unemployment before the war and underdevelopment to the struggle of ex-colonial nations after the war, with a special attention to Asia and initial enthusiasm for Communist China (Pasinetti, 1987).

Since her death in 1983, modern economics has evolved. Despite a whole new look at mark ups and imperfect competition and lack of competition, the assumption of perfect competition (‘potential’ if not actual) came back and is well established in economic analysis; Marxism has renewed an interest in questions of value, the rate of profit, and inequality; and Keynesianism has mutated into New Keynesianism and Post-Keynesianism. With political economy facing unprecedented challenges, the fortieth anniversary of Joan Robinson’s death and the one-hundred-and-twentieth anniversary of her birth in 2023 are excellent occasions to review her work and critical observations on twenty-first-century economics.

Robinson, J. (1937a). Essays in the Theory of Employment. London: Macmillan.

Robinson, J. (1937b). Introduction to the Theory of Employment. London: Macmillan