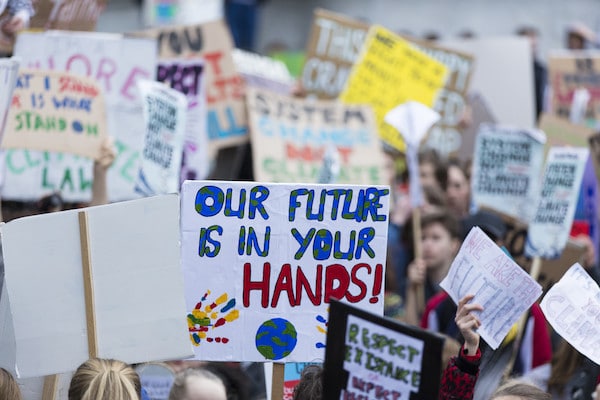 SYDNEY and KUALA LUMPUR: The planet is already 1.1°C warmer than in pre-industrial times. July 2021 was the hottest month ever recorded in 142 years. Despite the pandemic slowdown, 2020 was the hottest year so far, ending the warmest decade (2011-2020) ever.

People will see this as a historically shameful dereliction of duty,… nowhere near enough to avoid climate disaster.

Instead of a multilateral agreement that puts forward a clear path to address the climate crisis, we are left with a document that takes us further down the path of climate injustice.

Even if countries fulfil their Paris Agreement pledges, global warming is now expected to rise by 2.7°C from pre-industrial levels by century’s end. Authoritative projections suggest that if all COP26 long-term pledges and targets are met, the planet will still warm by 2.1℃ by 2100.

The United Nations Environment Programme suggests a strong chance of global warming disastrously rising over 1.5°C in the next two decades. Earlier policy targets–to halve global carbon emissions by 2030, and reach ‘net-zero’ emissions by 2050–are now recognized as inadequate.

The Glasgow UN Framework Convention on Climate Change 26th Conference of Parties (COP26) was touted as the world’s ‘last best hope’ to save the planet. Many speeches cited disturbing trends, but national leaders most responsible for greenhouse gas (GHG) emissions offered little.

Thus, developing countries were betrayed yet again. Despite contributing less to accelerating global warming, they are suffering its worst consequences. They have been left to pay most bills for ‘losses and damages’, adaptation and mitigation.

Glasgow’s two biggest hopes were not realized: renewing targets for 2030 aligned with limiting warming to 1.5℃, and a clear strategy to mobilize the grossly inadequate US$100bn yearly–promised by rich country leaders before the Copenhagen COP in 2009–to help finance developing countries’ efforts.

An exasperated African legislator dismissed the Glasgow Leaders’ Declaration on Forests and Land Use as an “empty pledge”, as “yet another example of Western disingenuousness… taking on the role of ‘white saviour’” while exploiting the African rain forest.

Meanwhile, far too many loopholes open to abuse remain, undermining efforts to reduce emissions. Further, no commitment to end fossil fuel subsidies globally–at US$11 million every minute, i.e., around US$6 trillion annually–was forthcoming.

No new oil and gas fields should be developed for the world to have a chance of getting to net-zero by 2050. Nevertheless, governments are still approving such projects, typically involving transnational corporate giants.

The Glasgow outcome did not include any commitment to fully phase out oil and gas. Meanwhile, the language on coal has been diluted to become virtually toothless: coal-powered plants will now be ‘phased down’, instead of ‘phased out’.

Offset market advocates claim to reduce emissions or remove GHGs from the atmosphere by some to ‘off-set’ emissions by others. Thus, offsetting often means paying someone poor to cut GHG emissions or forcing them to pay someone else to do so. With more means, big business can more easily afford to ‘greenwash’.

Buying offsets allows GHG emitters “to keep polluting”, albeit for a fee. Highly GHG emitting activities by wealthier individuals, companies and nations can thus continue, after “transferring the burden of action and sacrifice to others”–typically to those in poorer nations–via the market.

For Tariq Fancy–who managed ‘sustainable investing’ at BlackRock, the world’s largest fund manager–the market for offsets is a “deadly distraction”, “leading the world into a dangerous mirage,… burning valuable time”.

More than 130 countries have committed to achieve net-zero by 2050. But net-zero targeting has actually allowed the world to continue kicking the can down the road, instead of acting decisively and urgently to verifiably cut GHG emissions.

Hence, it is seen as a cynical “scam”, “nothing more than an expensive cover-up for continued toxic emissions”. Trading non-verifiable offsets–supposedly to achieve net-zero–allows continuing GHG emissions with business almost as usual.

Vulnerable and poor nations have argued for decades that rich countries owe them compensation for irreversible damage from global warming. In fact, no UN climate conference has delivered any funding for losses and damages to countries affected.

Rich countries agreed to begin a ‘dialogue’ to discuss “arrangements for the funding of activities to avert, minimize and address loss and damage”. Representing developing nations, Guinea expressed “extreme disappointment” at this ruse to delay progress on financing recovery from and rebuilding after climate disasters.

Developed nations account for two-thirds of cumulative emissions compared to only 3% from Africa. Carbon emissions by the wealthiest 1% of the world’s population were more than twice those of the bottom half between 1990 and 2015!

Low-lying small island nations–from the Marshall Islands to Fiji and Antigua–fear losing much of their land to rising sea levels. But their longstanding call to create a ‘loss and damage’ fund was rejected yet again.

South Pacific island representatives have expressed disappointment at lack of funding for losses and damages, and the watered down language on coal. For them, COP26 was a ‘monumental failure’, leaving them in existential peril.

Although historical responsibility for GHG emissions lies primarily with the wealthy countries, especially the U.S. and the European Union, once again, they have successfully evaded serious commitments to address such longstanding problems due to global warming.

For the UN Secretary-General,

[o]ver the past 25 years, the richest 10% of the global population has been responsible for more than half of all carbon emissions, and the poorest 50% were responsible for just 7% of emissions.

The World Bank estimates that, if left unchecked, climate change will condemn 132 million more people into poverty over the next decade, while displacing more than 216 million from their homes and land by 2050.

Meanwhile, poorer countries–who have contributed least to cumulative GHG emissions–continue to suffer most. To address climate injustice, rich countries–most responsible for GHG emissions and global warming–must do much more.

Their finance for developing countries ought to be much more ambitious than US$100bn yearly. Financing terms should be far more generous than currently. Also, funding should prioritize adaptation, especially for the poorest countries most at risk.