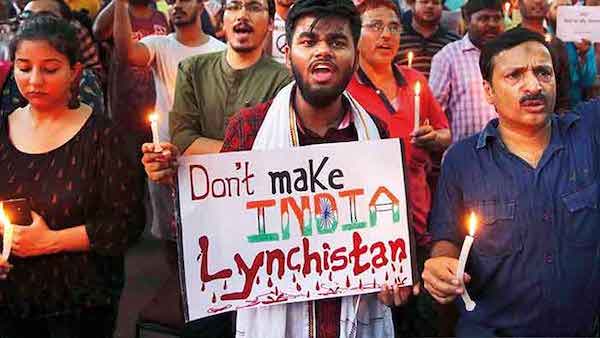 A consortium of 34 international multi-faith human rights NGOs have written a letter to President Joe Biden and Vice President Kamala Harris expressing their deep concern that the president’s Summit for Democracy Dec. 9-10 will ignore the widespread violations of human rights, persecution, physical attacks and murder of members of minority religions in India as the government devolves from democracy to fascism.

The letter, at more than 1,500 words, provides details and indisputable facts for 14 instances in which democracy is under attack or being abused by the government of Indian Prime Minister Narendra Modi and members of his BJP/RSS party.

The letter also expresses regret that more members of the international civil society were not included in planning for the summit, and those who were involved were warned that specific instances of member nations’ internal affairs, abuses, discrimination and persecution will be off limits.

“While your organizing principles are commendable, the process has been weak and exclusionary,” the letter states.

HERE IS ITS FULL TEXT

We, the undersigned organizations, are writing to express deep concern about the minimal public consultation with civil society in the run up to the Democracy Summit. We write also to outline some critical considerations that will help the Summit process attain your goals of returning the U.S. to a “position of trusted leadership among world democracies,” particularly with countries with whom the U.S. shares “interests and values.”

Unfortunately, the present Indian government cannot be considered one that shares the democratic values of your administration. While our two countries could never have claimed to be perfect democracies, it is important that the Summit start from acknowledging one key fact: the past seven years of BJP/RSS rule in India have seen a sharp and dramatic backsliding when it comes to democratic norms.

Take the case of the Farm Laws: after passing sweeping laws as an ordinance without any consultation with farmers or the opposition, the government brutally repressed and demonized the farmers’ movement against the laws. Even the repeal of the three laws occurred in a manner suited to strongmen: instead of communicating with farmers, or following parliamentary process, Mr. Modi unilaterally announced the repeal. Not a word was said by Mr.

Modi about the 700+ deaths that his government’s intransigence and authoritarian approach in the matter had produced.

We appreciate the three organizing principles around which the summit is organized, but urge you to attend to our critical concerns regarding India under each of these pillars:

1. Defending against Authoritarianism: Freedom House has downgraded India’s democracy to “partly free.” International commentators from every major media publication have consistently raised the issue of India’s authoritarian turn over the last seven years. Three specific issues must be raised with Mr. Modi:

2. Addressing and Fighting Corruption: While the Modi government first came to office on an anti-corruption plank, it has since proven to be one of the most opaque and nontransparent governments India has known. Three issues of international scale and core to American interests and values must be raised with PM Modi at the summit:

3. Advancing Respect for Human Rights: This government is marked by explicit attacks on human rights coming from its top leadership. PM Modi has demonized non-governmental organizations by claiming they are working to “finish him”; Amit Shah has dismissed human rights as Western concepts that don’t apply to India; National Security Advisor Ajit Doval has branded civil society as the “new frontier of war”; and Bipin Rawat, the chief of defense staff, has valorized lynching. Such naked attacks on human rights from the very top echelons of the administration needs to be a central concern of the summit.

The Swedish V-Dem Institute has described India as an “electoral autocracy,” and we agree: this is the single most antidemocratic government India has ever seen. Therefore, we are committed to working with your administration to strengthen the Democracy Summit process.

While your organizing principles are commendable, the process has been weak and exclusionary. We therefore seek urgent consultation with your administration, not only to ensure that the Democracy Summit gets off to a meaningful start, but also that the process going forward gains in strength at every stage.

34. Voices Against Fascism in India, USA