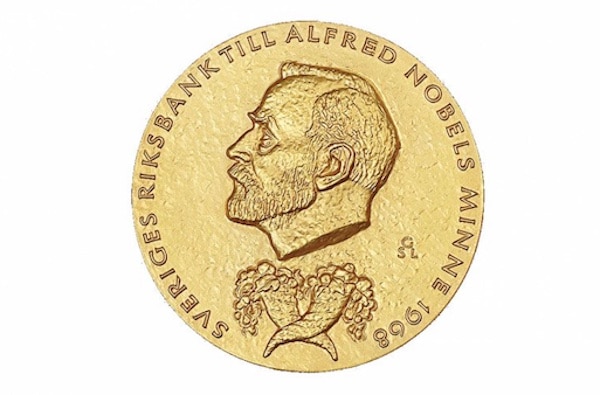 It’s the most anticipated one. And yet it doesn’t exist.

In 1968, the central bank of Sweden, Sveriges Riksbank, the oldest central bank in the world, decided to celebrate its 300th birthday. The bank pledged a donation to the Nobel Foundation to award a prize in memory of Alfred Nobel. It was officially christened “Sveriges Riksbank Prize in Economic Sciences in Memory of Alfred Nobel”, and popularly as the “Nobel Memorial Prize in Economic Sciences”. The first prize was awarded in 1969 to Ragnar Frisch of Norway and Jan Tinbergen of the Netherlands.

Sveriges Riksbank pledged to match the prize money of the original Nobels, and bear all administrative expenses. The prize would be administered by the Nobel Foundation. However, the bank kept one card up their sleeves. The Royal Swedish Academy of Sciences (RSAS) would administer who is the winner. This is where our story starts.

RSAS determines who will receive a secret invitation to nominate a candidate. The list of the nominees won’t be revealed for fifty years. RSAS can’t be investigated for its choice.

Who is invited to nominate a candidate? Any Swedish or foreign member of RSAS; members of the prize committee of that year; past laureates; permanent professors of relevant subjects in Sweden, Denmark, Iceland, Finland and Norway. And anybody else selected by the prize committee.

This is where the next twist comes in. Selection of a candidate is influenced by different personal factors. After more than half a century, the prize shows some selection bias. Let’s see a few of them. Years in brackets refers to the year a person won the prize.

Paul Samuelson (1970) was the first person from the USA to win the prize. His PhD supervisor Wassily Leontief (1973) also won the prize. So did Samuelson’s PhD students Lawrence Klein (1980) and Robert Merton (1997).

Let’s go back to Leontief. His PhD students—Paul Samuelson (1970), Robert Solow (1987), Vernon Smith (2002), and Thomas Schelling (2005)—all won the prize. Except for Vernon (so far), each of Leontief’s students have PhD students who also won the prize. There are more examples like this.

The University of Chicago boasts the highest number of laureates. Till now, of the 86 laureates in economics, 31 have Chicago as their alma mater or were serving at Chicago at the time of the prize declaration. Nationality or citizenship-wise, 55 out of those 86 laureates have been from the USA.

The dominant ideology of the “Nobel Prize in Economics” is the mainstream Neoclassical school. This school has championed the free market mainly through the Chicago school spearheaded by Milton Friedman (1976). If ever there was a selection bias, this is where it lies.

Very few economists outside the mainstream have won a prize. Joan Robinson, Paul Sweezy, John Galbraith, and Piero Sraffa rank among the best of the 20th century, but weren’t mainstream, and can’t win the prize now since they’ve left the material world.

Asrar Chowdhury teaches economics in classrooms. Outside, he watches Test cricket, plays the flute and listens to music & radio podcasts.