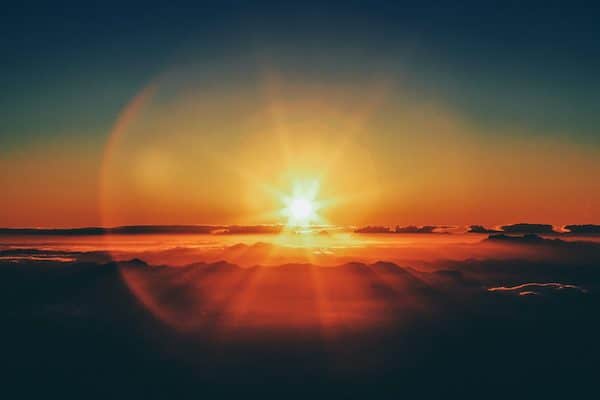 An international “coalition” of scientists and governance scholars launched an initiative on January 17 that calls for a moratorium on the study and development of a controversial climate-change mitigation strategy known as solar geoengineering.

Through the initiative, the scholars are calling for an ‘International Non-Use Agreement on Solar Geoengineering’. It is particularly opposed to the idea of spraying aerosols in the stratosphere to scatter some sunlight into space because, to quote from a paper some of the team members have published today delineating their position, the technology is “ungovernable in a fair, democratic and effective manner”.

“Despite its potentially catastrophic effects, the advocates of solar geoengineering think of this as a technological adventure of sorts,” Prakash Kashwan, an associate professor at the University of Connecticut, Storrs, and one of the members of the coalition, told The Wire Science.

“Those who are committed to the goals of maintaining planetary integrity and avoiding a planetary-scale shock treatment must commit to an international non-use agreement.”

There are broadly kinds of response to climate change: adaptation, by which a country adapts to the effects of climate change, and mitigation, in which a country lowers its carbon and greenhouse-gas emissions and focuses on getting the existing carbon out of the atmosphere. Solar geoengineering is a mitigation strategy that involves reducing the amount of sunlight reaching Earth’s surface, thus subtracting that component of the planet’s warming.

Solar geoengineering is controversial because it’s impossible to contain its consequences in one geographical region and, by extension, to know their full extent. For example, if the U.S. government decides to spray large quantities of aerosols into the stratosphere over its west coast, and scatter sunlight, there will be implications for the American mainland, for temperature and wind patterns over the Pacific Ocean, for marine life (and the livelihoods of people that depend on them), and could cascade into longer-term effects over South America, Oceania and Asia as well.

“Despite over two decades of research by geoengineering modelers, there remain large gaps in the scientific understanding of planetary-scale impacts of the deployment of solar geoengineering,” Kashwan, who is also one of the 16 authors of the team’s paper, told The Wire Science. “The nature of this problem is such that many of these uncertainties will not be resolved until after a full-scale deployment has been conducted–which means that we don’t know and may never know the true effects of solar geoengineering.”

These could include significant changes in the Asian and East African monsoon systems, Kashwan said by way of example, “which will destabilise the lives of over two billion people” who depend on them.

The effects of climate change are similar, in that they transcend international borders. However, there are international bodies to govern countries’ responses to climate change, notably the UN Framework Convention on Climate Change (FCCC). At the ‘COP’ climate talks organised by the FCCC, for example, representatives of different countries jointly negotiate what each country ought to do in order to minimise consequences for other countries.

However, some countries have been independently exploring different solar geoengineering solutions. While their researchers may be talking to each other, stakeholders in other countries–especially poorer ones already in line to suffer the worst effects of climate change–are far from being consulted. This is the fundamental impetus for the ‘non-use agreement’.

According to an ‘open letter’ accompanying the coalition’s paper, the coalition is led by Frank Biermann, a professor of global sustainability governance at the Copernicus Institute of Sustainable Development, Utrecht University, the Netherlands. He is also the paper’s the first author. The letter is available to read here along with the list of signatories (one of whom is author Amitav Ghosh).

Current opposition to solar geoengineering is also grounded in fairness. One aspect, of course, is that a solar-geoengineering solution designed for the needs of and deployed by one country could affect weather patterns over other countries. To quote from the paper itself: “Given the anticipated low monetary costs of some of these technologies, such as stratospheric aerosols injection, a few countries could engage in solar geoengineering unilaterally or in small coalitions even when other countries oppose such deployment–a possibility economists have presented as the ‘free-driver effect’.”

Another aspect is that most of the research on the subject, especially that closest to fruition, is currently restricted to elite universities that have the resources to pursue such a precarious topic.

Kashwan wrote for The Wire Science in 2018 that in the absence of an effective way to govern geoengineering, “some ‘high-level’ scientific pronouncements have assumed stewardship of climate geoengineering,” and that they “don’t enjoy broad-based social or political legitimacy”.

In a report published in March last year, the U.S. National Academies of Sciences, Engineering and Medicine (NASEM) requested the U.S. government to “setup a transparent research administration framework, including a code of conduct, an open registry of researchers’ proposals for studies and a fixed process by which the government will grant permits for ‘outdoor experiments’,” as The Wire Science reported. And it recommended an R&D allocation of $100-200 million.

The NASEM report recommended that this setup and infrastructure should be used to explore three solar geoengineering strategies: stratospheric aerosol injection (described earlier), cirrus cloud thinning and marine cloud brightening. All three strategies have the same intended outcome: to send some of the sunlight reaching Earth back into space.

Nature News reported at the time that Joe Biden being in the president’s office instead of Donald Trump had encouraged experts in the U.S. to believe that pursuing geoengineering research will not “merely displace regulations and other efforts to curb greenhouse gases, and give industry a free pass”. Yet at the COP26 climate talks in October-November, both Biden and the U.S. were upbraided for their reluctance to do enough, stoking concerns that richer countries could deploy risky technologies like solar geoengineering to buy time for more stringent climate action.

The team’s paper published today also focuses a chunk of its arguments on the ways in which it expects solar geoengineering to be governed, whether extant multilateral fora and agencies can support the existence of the corresponding governing body, and whether there are existing alternatives.

Broadly, according to the paper, countries need to have “political control” over solar geoengineering–which means powerful countries will need to place their technologies “under the control of effective multilateral institutions, with guarantees of collective veto rights for the most vulnerable nations”. But the paper goes on to argue that “global decisions on deployment of solar geoengineering are unlikely to find consensus”, that “disagreements about … the degree of cooling, the duration of deployment, or the specific latitudes and distribution of aerosols … will inevitably occur”.

For this, the paper continues, there needs to be a dispute resolution mechanism, but technologically advanced countries like the U.S. or Russia are unlikely to accept a one-country-one-vote system of oversight for planetary-scale geoengineering. In short, this portion of the paper concludes, “the deployment of solar geoengineering at planetary scale would require entirely new international organisations with convincing means of democratic control and unprecedented enforcement powers”–and which don’t exist.

The paper also notes that countries that become signatory to its proposed ‘International Non-Use Agreement on Solar Geoengineering’ could vote together at institutions, like the ‘COP’ climate talks, as well as “send a strong message about the undesirability of solar geoengineering to the global research, technology and climate communities”. This, it says, could potentially “resonate with funding agencies, philanthropic foundations, and large corporations that otherwise might be inclined to invest in the development of these technologies”.