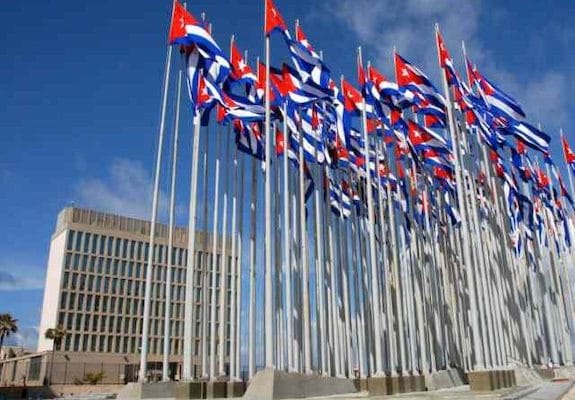 Last week, the United States decided to recognize for the first time in five years that the phenomenon baptized as “Havana Syndrome” is nothing more than a big farce. On Thursday, the U.S. Central Intelligence Agency (CIA) admitted that its allegations against Cuba for the so-called “health incidents” suffered by CIA officials in La Havana back in 2016 were not caused by “a deliberate attack.”

A report released by the CIA has confirmed what the scientific community in Cuba, and the rest of the world, has been repeating from the beginning: “there is no evidence that an attack of such magnitude was planned by a government.”

According to the CIA security report, the symptoms–nausea, drowsiness, fatigue, headaches, and hearing and vision problems–cannot be attributed to a single common cause, and even less so to such a far-fetched hypothesis like a “sonic attack.”

That hypothesis has been pushed by the Donald Trump administration and by his successor, current President Joe Biden, who has been using it as the primary justification for keeping Cuba on their list of countries which support terrorism, slapping on over 240 sanctions and cutting the staff of the embassies to skeleton crews, all while maintaining the blockade on the island nation, which is over 60 years old, in full force.

Experts overwhelmingly agree that for an ultrasound to be capable of destroying molecular tissue, it would need to involve a huge weapon. They explained that such devices would have to be placed close enough to the target to avoid being blocked by walls, but hidden as much as possible to cause such damage without being detected.

In January 2019, biologists with expertise in tropical insects suggested that the most plausible explanation would be that the noise perceived by the diplomats was the mating song of one particularly noisy species, the short-legged guinea fowl cricket.

Now, the U.S. intelligence agency acknowledged that most cases could be categorized as “environmental causes, undiagnosed medical conditions, or stress.” The information contradicts the “attacks” being perpetrated by Russia or other enemy foreign powers, as U.S. politicians have tried to make them seem during the last five years.

The consequences of such lies

Cuba has repeatedly denounced the political manipulation behind this scandal due to the lack of scientific foundations and the proliferation of increasingly less credible excuses, such as the use of microwaves and supersonic weapons, as if we were dealing with a James Bond movie.

The United States relied on the disease to apply a battalion of sanctions against Cuba that are still in force today. The “syndrome,” which seems more a phenomenon of collective hysteria than a disease per se, complicated the process of visa applications by Cubans wishing to travel to the country.

Washington decided to transfer those procedures to embassies in other nations, a situation that is still maintained along with other measures that were born to “weaken relations between the two countries,” Johana Tablada explained.

“Although incidents have been reported in several countries, the United States has only taken Draconian measures against Cuba, which has had a negative impact on the Cuban family,” she complained.

Why is the U.S. discourse changing now?

There was never a scientific consensus on the issue. The United States was never able to prove that this symptom exists, but that didn’t stop them from punishing Cuba on a failed assumption. Today, five years later, the great farce has become untenable.

The new report does not mean that the neighboring country will cease its hostilities against the island, nor that they will stop investigating the alleged events recorded in their diplomatic community.

In fact, the CIA assured that, although it is not a “deliberate event,” they will continue to analyze specific cases. They maintain the rhetorical hook to continue encouraging the anti-Cuban far-right in Florida, key voters for the new administration.

Just last week, U.S. Foreign Affairs Minister Antony Blinken assured that the U.S. would continue to “get to the bottom” of the issue to find out who was behind the attacks. He said so after the country documented new cases in Geneva Switzerland, and Paris France.

But this sudden decision to acknowledge that Cuba, Russia, and other “enemies” are not behind the events is the first stone that they have lifted in the Hollywood movie story they no longer have a way to sustain.

The report is also an effort to contain the cascade of denunciations and new cases that have proliferated in various parts of the world since the U.S. Congress approved in September 2021 a resolution to grant economic aid to diplomatic officials afflicted by the alleged syndrome.

Why hasn’t the White House dismissed this fantasy altogether? Because they do not want to admit that the “phenomenon” has become a boomerang for them, bringing them more losses than gains. They want to make the whole story fade away, without recognizing how ridiculous it is.

They neither want to admit that it has been a farce, because they know that, historically, the world will believe whatever story they make up against Cuba without asking questions, even if it includes supersonic weapons, murderous microwaves, deafening sounds in the middle of the night, or malicious short-legged crickets.