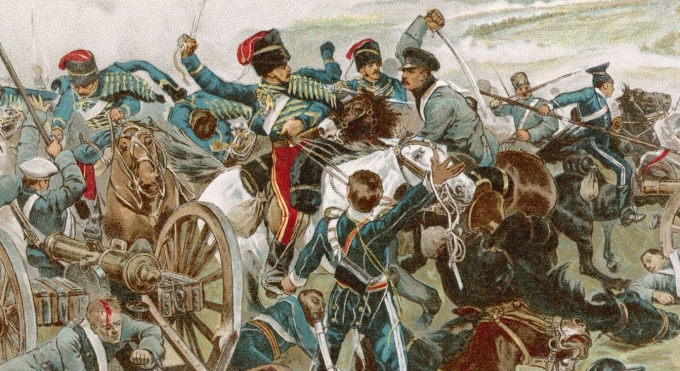 Eric Lee’s latest column (2 March) contains the occasionally repeated claim that Marx supported the Anglo-French forces in the Crimean War (1853-6). Reading Marx’s articles in the New York Tribune from the time, which were written in the style of a war reporter and most likely by Engels, it is difficult to discern any clear support for the war.

Certainly the articles unequivocally denounced Tsarism and Russian expansionism. It is clear that Marx/Engels saw the Anglo-French axis as more “progressive” than Tsarist Russia. They were scathing of British and French conservatives who showed pro-Tsarist sympathies. But they did not argue that the war was being fought for European “collective security” in the sense that would be understood by the 20th century liberal international order. Rather, they posited that Anglo-French commercial interests in the Ottoman Empire were driving the intervention.

They did skirt close to campism, for example stating that “in this instance the interests of revolutionary Democracy and of England go hand in hand” because “neither can afford to let the Tsar make Constantinople one of his capitals.” Their writings were laced with a kind of Orientalist xenophobia that saw Russia as a semi-barbaric “Asiatic” country opposing “Western civilisation”. They were primarily concerned, however, with the impact of the war on the revolutionary-democratic forces of Europe.

To this end they argued that the bungled nature of the Crimean campaign and the resulting humiliation of the British and French governments would strengthen the revolutionary-democratic party. If the conflict developed into a general European war, they argued, this would inevitably result in a European revolution. This perspective was proved right in a general sense but only after 1914, when it was the masses in the Tsarist empire itself who led the revolutionary wave.

In the mid-19th century the closest thing to collective security in European affairs was the post-1815 “Concert of Europe”, an international order of reactionary states in which the Russian Tsars played the role of continental Chiefs of Police. Russian forces supressed national-democratic uprisings in Hungary and Poland to uphold post-Napoleonic reaction. Marx and Engels were of course implacably opposed to this but they did not posit as an alternative an alliance of liberal-imperialist states of the kind that found expression in the post-WW2 era through the establishment of NATO.

Eric states that NATO was supported by European social democrats, and in so doing echoes pronouncements by Keir Starmer about the role of Attlee and the British Labour Party in founding the alliance. This is undeniably true but should be seen in the context of the Attlee government continuing a generally liberal-imperialist foreign policy from 1945, such as brutally restoring European colonial rule in Indonesia and Indochina.

Leaving aside the issue of whether NATO is itself an intrinsically “imperialist” organisation, it certainly was and is an alliance led by imperialist states (witness the behaviour of the French military across West and North Africa, for example). Rather than looking to alliances of bourgeois states to guarantee collective security, we should be looking to strengthen the “third force”—or, in the language of Marx and Engels’ time, the “sixth Power”—of the international workers’ movement.