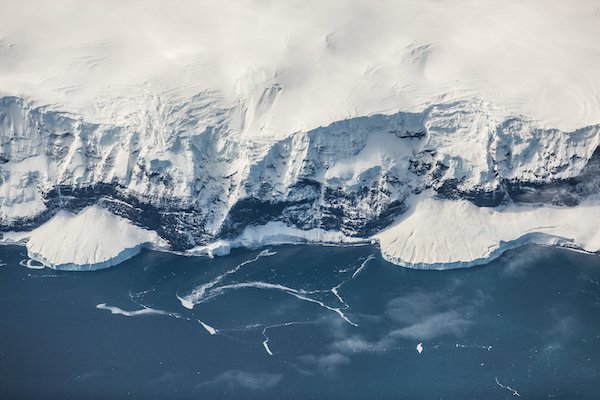 East Antarctica, often times referred to as “the final frontier of global warming,” is making headlines once again.

A few weeks ago East Antarctica’s temperatures soared by 50F to 90F above normal.1

This prompts an interesting dilemma. According to David Spratt, research director of the Breakthrough National Centre for Climate Restoration in Melbourne: Early IPCC reports said Antarctica would be stable for a thousand years. Then, in 2007 Richard Alley (Penn State) said it was already melting 100 years ahead of schedule.

Is it ahead of schedule once again?

Indeed, if Antarctica continues beating climate models by first lopping off a few centuries and then lopping off decades, and now who knows what the outcome will be or when it’ll happen.

East Antarctica, as distinguished from its far more vulnerable first cousins West Antarctica and the Antarctic Peninsula, has always been characterized as solid, a rock-solid 1-to-3-mile thick ice sheet the size of the United States that does not budge. Now, it’s budging.

Much of East Antarctica is restrained by buttressing ice shelves, so we need to keep an eye on all the ice shelves there.2

Moreover, according to Peter Neff, glaciologist and professor at the University of Minnesota, even a small ice shelf collapse (Conger) in East Antarctica was a surprise, in fact:

In February 2019, John Englander, oceanographer and world-renown sea level expert, spoke at The Royal Institution, London. He discussed sea level rise. The ice shelves are the buttresses that hold back rapid flow of glacial ice from flowing to the sea.

Englander said: When warming cycles happen, sea level rise usually takes centuries and centuries to increase. For example, 14,000 years ago an increase in temperatures took seas up 65 feet over 400 years.

Accordingly, that’s 1.5 feet per decade, which calculation led John Englander to factor into an assumption that today’s sea level rise will be 1-2-3 feet by mid 21st century. In turn, that would be a real shocker, especially to the Intergovernmental Panel on Climate Change (IPCC) with its median expectation of one-half a meter or 1.6 feet by 2100. The IPCC’s absolute “worst-case” guesstimate is 32 inches by 2100, but a footnote hidden in fine print says the IPCC does not factor Antarctica into their calculations. Hmm.

At that speech three years ago Englander gave his best guesstimate: By mid century, we could get a couple of feet of sea level rise. A big takeaway from Englander’s speech, with emphasis, he said:

Oops, that suggestion has not panned out. When Englander spoke CO2 in the atmosphere was 407.9 ppm versus 419.28 ppm in February 2022. That rate of increase over the past three years makes the annual rate of increase from 1950 to 2000 look like a cakewalk.

Prof Matt King, who leads the Australian Centre for Excellence in Antarctic Science, said because ice shelves are already floating, the Conger ice shelf’s break-up would not impact sea level much. He said that fortunately the glacier behind the Conger ice shelf is small, so it’ll have a “tiny impact on sea level in the future”.

“We will see more ice shelves break up in the future with climate warming,” King said.

We will see massive ice shelves–way bigger than this one–break up. And those will hold back a lot of ice–enough to seriously drive up global sea levels… The speed of the breakup of [the Conger] ice shelf reminds us that things can change quickly… Our carbon emissions will have an impact in Antarctica, and Antarctica will come back to bite the rest of the world’s coastlines and it may happen faster than we think.3

Robert Hunziker (MA, economic history, DePaul University) is a freelance writer and environmental journalist whose articles have been translated into foreign languages and appeared in over 50 journals, magazines, and sites worldwide.